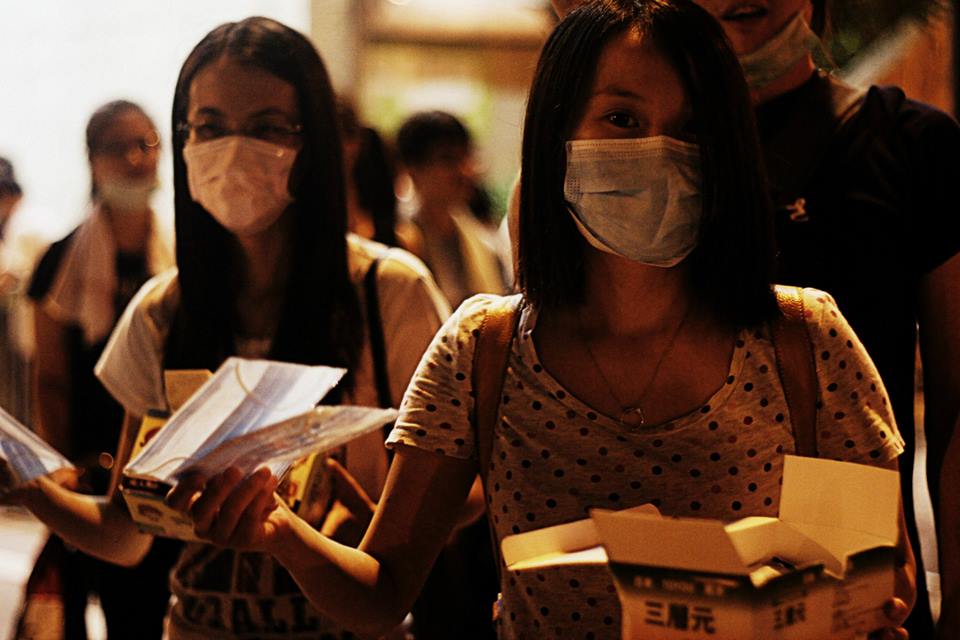 For the last few weeks there has been a sense of uncertainty in Hong Kong. At the moment Hong Kong’s story is at a junction; her people are proudly vindicating their right to free speech and expressing their wish for universal suffrage, whilst at the same time the Chinese government progressively takes more control over domestic issues in Hong Kong.

Which path will Hong Kong take?

I am an NUI Galway student studying in Hong Kong University of Science and Technology (HKUST). In HKUST, along with all the other universities in Hong Kong there is an overwhelming atmosphere that everybody wants to see change.

On the streets of Hong Kong and on campus you see yellow ribbons everywhere. These ribbons litter the hallways, handrails and chest pockets. This yellow ribbon is the emblem of an historic movement that is sweeping the special administrative region of China.

Protests have taken place for weeks with tens of thousands of Hong Kong people taking to the streets. The protests completely shut down the road network of a large part of the financial and central districts of Hong Kong.

Coined the ‘Umbrella Revolution’, this movement is a collective of Hong Kong students, working men and women, academics and even children who all have a common goal; they believe in universal suffrage and want democracy for Hong Kong; ‘One citizen, one vote’.

These protests were organised in a particularly effective and efficient way. The protests were not called on by a single leader or group but instead were arranged by vast peer group networks using Firechat. This is an instant messaging mobile app that connects people via Bluetooth rather than by internet or phone connection.

The more people in this network the stronger, larger and quicker it becomes. This cut out the risk of phone networks and internet connections overloading and jamming due to excessive numbers of people at the protests.

At present Hong Kong is managed by a paradigm of the Chinese Communist Party (CCP); ‘one country, two systems’. This system will expire in 2047 and China may take over governance of Hong Kong. 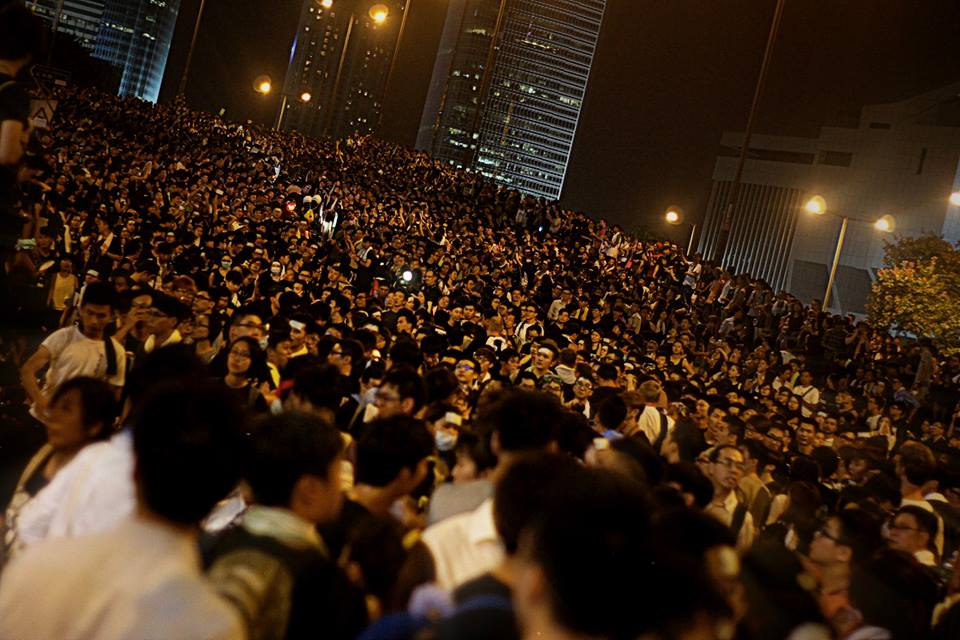 Today the CCP does not, however, directly govern Hong Kong by way of legislation and law enforcement. This means that although Hong Kong is part of China, it is governed by its own legislative council (a 70-member equivalent of the Dáil) and Chief Executive (equivalent of Taoiseach).

The members of this group come from commercial, political, social, religious and professional sectors. Bearing in mind that the population of Hong Kong is over seven million, it is indisputable that the Hong Kong people do not have their voices heard.

Secondly, the CCP announced that the candidates who will run for the Hong Kong Chief Executive election in the 2017 will first be screened by the CCP prior to them even beginning their election campaigns.

Essentially the Chief Executive after 2017 will be selected by the CCP before the election has even taken place. So, the 1,200 Hong Kong voters will vote for a choice which has already been made.

The Chinese viewpoint of the situation in Hong Kong is an interesting story. On 30 September while the protests continued in Hong Kong, I travelled to Beijing. It was the Chinese national day and holiday whilst I was there.

During first few days of protests the headlines of Chinese newspapers in Beijing read that the people of Hong Kong had taken to the streets in “celebration of the Chinese national day”, contrary to the pro-democratic nature of protests.

These were blatant lies that were making their way to shop fronts and newsstands. A few days later the Chinese media had accepted that protests were taking place in Hong Kong but still the tone of the news there took a bias toward the communist ideals of the CCP.

The headlines then read that the protests were “doomed to fail”. Sadly this last statement cannot be written off as untruth.

Gladly the occupation did not extensively harm the economic status of Hong Kong, with very low negative implications for Hong Kong’s projected GDP.

The protests did turn violent on several occasions, and even though the streets teemed from side to side with tens of thousands of protesters day and night, the general form of the protesters was exemplary.

People operated courtesy food and water stalls to supply parched or hungry protesters with nourishment. Others curled up on blankets at the side of the roads in order to keep a strong student presence overnight.

Every morning, campaigners tidied up litter that had inevitably accumulated around the protest sites. There was no ‘call to arms’, no looting and nobody fatally injured. The peaceful nature of these protests is part of the reason they have had such a strong impact both in Hong Kong and globally.

HKUST put a very large emphasis on keeping the protests safe. They asked students on multiple occasions to avoid using force or violence.

As professor of political science David Zweig said; “Your mothers raised you well.”

Although these protests have not led to resignation of CY Leung, they have brought international coverage to the political situation of Hong Kong.

They have unified Hong Kong people and these protests have laid down a foundation that can be built upon with more talks, more demonstrations if needed and hopefully the incorporation of universal suffrage and other democratic ideals into Hong Kong legislation. 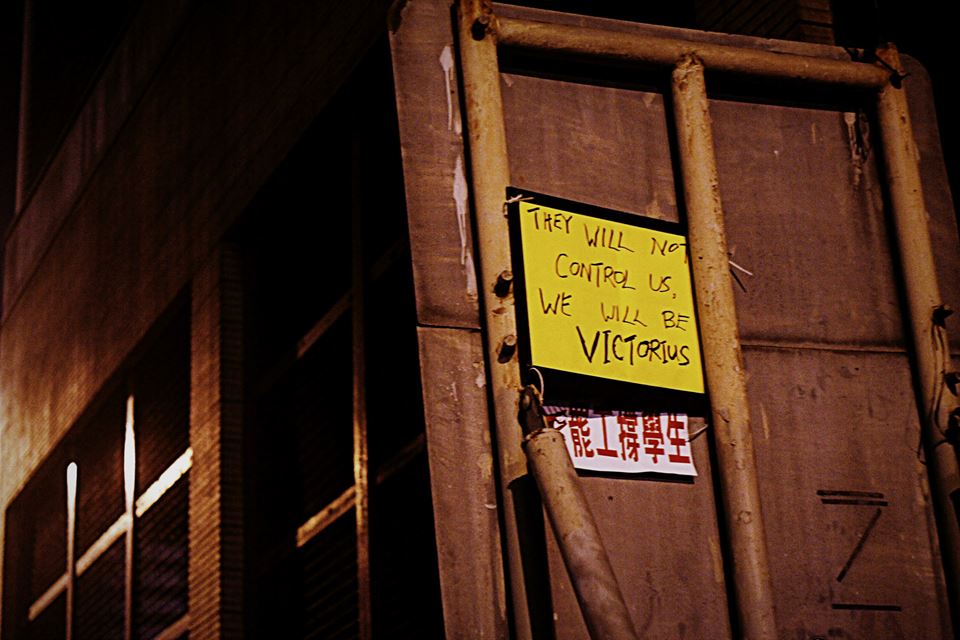