It’s a very proud week for Sin as some of our writers have been nominated for Smedia awards. Órla Ryan reports… 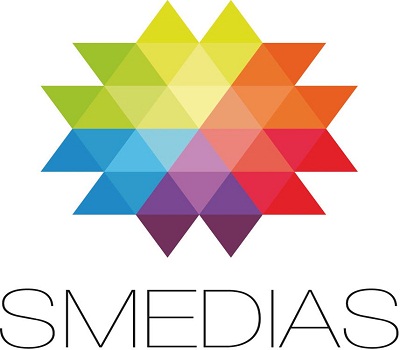 Three Sin contributors have been nominated for prizes at the 2013 National Student Media Awards.

Seán Dunne, Lyndsay Hughes and Órla Ryan have been shortlisted in a number of categories at the Smedias.

Mr Dunne and Ms Ryan are co-feature editors of the newspaper and Mr Dunne is the deputy news editor. Ms Hughes is also a regular contributor.

All three are currently undertaking the MA Journalism course at NUI Galway.

Mr Dunne has been nominated as student journalist of the year at both college and national level, while Ms Hughes and Ms Ryan have been nominated for radio documentary of the year for The Bells of St Mel’s and Forty Shades of Gay respectively.

The former documents the fire that devastated St Mel’s Cathedral in Longford on Christmas Day in 2009, while the latter examines the experiences of gay people in modern Ireland.

Ms Ryan has also been nominated as colour writer of the year for her Hat’s Off column.

The MA Journalism class has received a group nomination in the radio news programme production category for The Weekly Word – a current affairs show broadcast on Flirt FM every Friday throughout the academic year.

Mr Dunne, who will be doing work experience with TV3 and RTÉ over the summer, expressed his delighted upon hearing the news.

“I am very proud of the group nomination for The Weekly Word; it goes to show that a lot of hard work can pay off and it is brilliant to bring attention to a community radio station like Flirt FM.

“I’m also thrilled to have been shortlisted individually. It is an immense honor, especially as some of the work I submitted had been published in The Connacht Tribune. I wish all of my fellow nominees the very best of luck,” he said.

Ms Hughes is currently doing a work placement at Galway Bay FM and was ecstatic when she found out about her nomination.

“I’m absolutely delighted to be shortlisted. I didn’t expect it at all and it’s brilliant to have your hard work recognised. I’m very proud of my MAJ classmates who also got shortlisted; here’s hoping there’s a winner amongst us,” she enthused.

Ms Ryan, who will soon begin work placements at The Connacht Tribune and The Irish Times, echoed these sentiments.

“It’s a wonderful honour to be nominated. We all put in a lot of hard work over the past few months so it’s great to get such positive feedback. I wish all of the nominees, especially my fellow classmates, the very best in the competition and beyond,” she stated.

The Smedias, which are in their thirteenth year, will take place in Dublin on April 17.

Sin would like to wish its contributors the best of luck.