It’s almost summer and we all know what that means… festivals! Shannon McNamee, our festival expert, talks us through some of the best gigs this year… 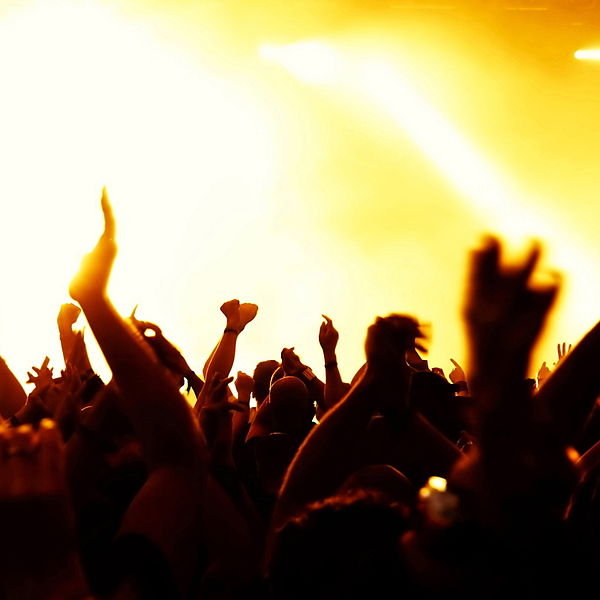 With the last issue Sin issue of the year, we thought it be best to send you off on your merry way to summer with a Summer Gig Guide Extravaganza (well, maybe less emphasis on the extravagancy of it all, but a summer gig-guide nonetheless).

With classes and exams over for another year, most of us here at NUI Galway are left with the best part of 4 months to ourselves before we come back again in September. One thinks about how to spend this precious, non-academic time. We could go back home to our mammies, bored out our minds with nothing to do. We could get jobs, earn ourselves a bit of money and become somewhat more independent, or we could go off on our J1s and have a fantastic time in the states, not being able to legally drink yet because we’re still considered babas over there – a perhaps off-putting factor for the average Irish student.

I’ve decided to go for the second option this summer. In the hopes of finding a job around home, I’m staying put on Irish soil for the time being. Not a very exciting option, but a sensible one. And although I won’t be inter-railing through Europe, or working in a bar in San Diego or teaching English in Thailand, I won’t be short of things to do, right here in the old country. Why, you ask? Well first of all, I have a great boyfriend to keep me entertained (though not entirely relevant, I thought it would be good to mention) and secondly, my summer is jam-packed with an amazing line-up of gigs and festivals here in Ireland. These make the idea of not joining my friends in Greece this summer all the more bearable.

So without any more beating around the bush, the first big gig of the summer is Vantastival. For those of you who haven’t heard of it, Vantastival is a music festival held in Co. Louth. 2013 will be its fourth year running and it will take place over the May bank holiday weekend (May 3-5). Weekend camping tickets cost €89, making this the perfect festival for anyone who isn’t exactly flush with cash (like myself) but still wants to have a banging weekend. Headliners include Damien Dempsey, Jerry Fish and And So I Watch You From Afar, along with a huge variety of other acts spanning genres, contributing to a stellar line up.

June 21 brings with it the summer solstice, and with that, Ballinlough Castle, Co.Westmeath becomes the home of festival-goers from all over the country for one weekend of magic at this year’s Body & Soul. This, I must stress is a must for anyone. If you are going to go to one festival over the summer, go to Body & Soul. Of course I am a little bias on this one, as Body & Soul was the meeting place for myself and that boyfriend I mentioned earlier… However, apart from being a possible match-making site, Body & Soul is a magical festival, full of amazing art and music, masquearde balls and oddities in general. Set in a beautiful location with woodlands, walled gardens and a lake, and with acts such as Nick Cave and The Bad Seeds headlining, why wouldn’t you go? Weekend tickets cost €139 and can be paid in instalments. Day tickets are also available for €55.

MCD are going ahead with 2 days of gigs in Phoenix Park this July 13-14 despite last year’s havoc and objections from locals. They’re promising a great line-up; The Killers are to headline on the Saturday, with support from Frank Ocean, Two Door Cinema Club and HAIM. And on the Sunday, Mumford & Sons will headline with support from Ben Howard, The Vaccines and Edward Sharpe & the Magnetic Zeros. For those of you who aren’t fans of camping and would like to go home to a nice, clean, non-sleeping bag bed post gig, then this weekend is a great option. Tickets for Sunday’s gig cost €61.50, and tickets for Saturday’s gig will be announced shortly, so keep an eye out on MCD’s website!

Ireland’s newest festival Longitude will take place in Marlay Park from July 19-21. This little festival has taken Irish festival fans by storm, with a shockingly good line-up and an even better price, this could well be the gig of the year. Headliners include Kraftwerk, Vampire Weekend, Yeah Yeah Yeahs, Phoenix, FOALS… the list goes on and on. The ticket prices are the most appealing of the lot with day-tickets going for €54.50 and weekend tickets costing a friendly €149.50, a real bargain considering the acts and compact capacity of 9,500 per day.

Blessington, Co.Wicklow is the place to be this July 26-28 with award winning Irish festival Knockanstockan taking over once again this year. Having won four awards at the Irish Festival Awards this year, including Best Small Festival and Best Line-up, Knockanstockan is sure not to disappoint. Hosting an array of stellar Irish acts and promoting a supportive music environment for musicians, by musicians, Knockanstockan is a weekend not to be missed. Ticket prices haven’t been announced yet but are in the €75 price range, for the full weekend.

August 2-4 brings with it Cork festival, Indiependence. No announcements had been made at the time of publication on the details on this year’s festival, but last year 2 Many DJs, Feeder and Maverick Sabre headlined, playing along with many other acts over six stages over the course of the weekend. Tickets were €99 for three days camping. If last year is anything to go by, then this a gig worth going to! Their new site will be launched very soon, so keep an eye out for more information.

The one everyone’s been waiting for: “Europe’s greatest music festival”, according to their website. Having taken a year out last summer, Oxegen is back and ready for 2013. However, this year it is scheduled to take place in August and will be a two day festival, as opposed to its previous 3 days. The anticipation is even bigger this year, because of its absence from the scene last year and with no official information released yet, it is questionable whether Oxegen will really be the same as it was. Elton John, Eminem and Snoop Dogg are all rumoured to be on this year’s bill.

Every year, the traditional close to the festival season is Electric Picnic, the pinnacle of Irish festival-ing. However with much speculation this year, fans are worried it won’t go ahead. There have been no announcements of early bird tickets or an initial line up, which is usually announced by this time of the year, leading many to think that EP is no more. A sad thought for many and although I am no veteran, I will be sad to see it go. Let’s keep our fingers crossed though.

These are only a snippet of what the summer has to bring for the Irish music scene. Almost every weekend of the summer has multiple festivals on in different pockets of the country. Sea Sessions, Castlepalooza, the Fleadh, Galway Arts Festival, Belsonic, Life, Camden Crawl and so many more are all amazing gigs that prove you don’t need to go abroad to have a good time, as we Irish really know how to put on a good shindig.

Many of the festivals and gigs this year are opting for lower ticket prices and payment plans to help people manage with the current economic crisis (let’s not mention the ‘R’ word here) but if these prices are still too high for you, don’t let this stop you from attending the gigs you want. All these gigs go ahead because of a dedicated pack of gig-hungry volunteers, who get in for free, usually get free food and “beverages” and only have to work a few short shifts over the course of the weekend. Volunteers also get in on all the behind-the-scenes craic and you might even get talking to a few famous faces! I volunteered and worked in bars at various gigs and festivals last year and it was a great way of getting involved, without having to pay in.

A lengthy guide including all the smaller, local festivals can be found at www.musicfestivalsireland.ie.