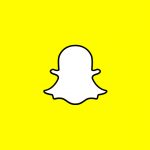 Snapchat has been one of the most popular social media platforms since its launch in 2011. But in the past few months its reputation has plummeted, with a landslide of user’s reverence for the instant photo messaging diminished to the point of actual deletion. Snapchat’s recent update certainly may have damaged the app’s reputation, with a confusing new layout that makes it … END_OF_DOCUMENT_TOKEN_TO_BE_REPLACED