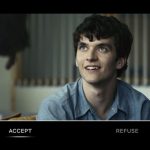 By Catherine Taylor Charlie Brooker’s Black Mirror returned to Netflix on 28 December with Bandersnatch, an interactive ‘choose your own adventure’ episode with multiple endings. The landmark sequence doubles as both a feature film and a video game, giving viewers the opportunity to make decisions which ultimately influence the outcome. Set in 1984, no doubt an ode to George … END_OF_DOCUMENT_TOKEN_TO_BE_REPLACED