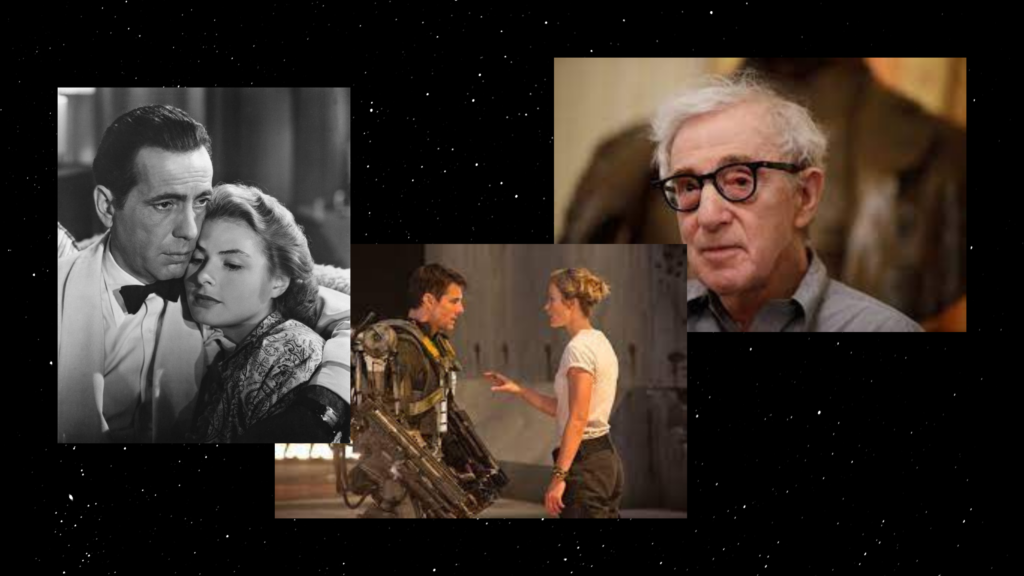 In 2015, Maggie Gyllenhaal revealed that she was told that she was “too old” to play the romantic lead opposite a man who was 55 years old. She was 37. Yes, you read that right. Apparently an 18-year age difference wasn’t quite enough for Hollywood. And if only this was a once-off, it would be bad enough. But the film industry has a deeply rooted habit of casting female actresses far younger than their male romantic co-stars.

Casablanca is movie royalty. Even if your professors or parents haven’t dragged you to watch the black-and-white film, there’s no escaping the reach of its fame (the fact that “Play it again, Sam” is actually never said in the film never fails to amuse me). Made in 1942, it is now firmly lodged in the heart of Hollywood classics, from its story of neutrality in wartime to the theme of sacrifice running throughout.

However, it would be remiss not to mention the age difference between the two romantic leads.  Humphrey Bogart was 47 years old and his romantic co-star Ingrid Bergman was in her twenties. Now, this could be forgiven in the face of the era it was made, but the fact it still remains such a major part of films to this day just highlights how long Hollywood has harboured this habit. This recurring casting technique is seemingly as old as the saying Lights, Camera, Action!!!

On the surface, there seems to be nothing wrong with age differences between co-stars – if they’re both consenting adults, what’s the harm? And I would’ve agreed with you after the first few films I watched when I noticed a glaring age gap between romantic co-stars. But after the next hundred, I was getting a bit sick of it. And after the next hundred after that – it was all I could notice when I sat down to watch a film.

It’s frustrating how accepted it has become, how Edge of Tomorrow (2014) made more headlines for the fact it (in a weirdly confusing manner I will admit) was marketed with two titles, than the fact in its heart is a 20-year age difference between the 51-year-old Tom Cruise and his romantic lead, the then 31-year-old Emily Blunt.

Director Woody Allen (who I can’t fully believe is still accepted in Hollywood but hey, that’s a rant for another article!) is a prime offender of this age difference between his romantic leads. The biggest age gap in his films is a whopping 40 years, in both Whatever Works (2009) and You Will Meet a Tall Dark Stranger (2010). A career spanning over 50 films and nearly six decades, Woody Allen is nothing if not consistent – nearly all his films involve an age difference (and beyond weird are films like Manhattan (1979) where the then 43-year-old Allen wrote himself as the male romantic lead opposite the then 17-year-old Mariel Hemingway – eugh).

Despite the fact his films have spanned over half a century, the prevalence of age difference in his movies has not changed throughout the decades. His second-most recent film A Rainy Day in New York (2019), is a romantic-comedy with a 25-year age difference between Elle Fanning and Jude Law (to be fair to the actors, three of the main cast have come out and apologised for working on the film), while his 2014 film Magic in Moonlight has a 25-year-old Emma Stone playing a woman romantically interested in a 53-year-old Colin Firth.

The practise of casting a male lead with a significantly younger female love-interest is a habit of Hollywood which has somehow managed to scuttle away from the searchlight of the MeToo movement. There’s something perversely wrong that actresses beyond the age of 30 are left to languish in the role of sexless mothers and teachers, while their male counterpoints can play romantic leads well into their sixties (see Jack Nicholson in As Good As it Gets (1998), a role which bagged the 60-year-old an Oscar nomination while he acted opposite his romantic co-star Helen Hunt, who just so happened to be 26 years younger than him).

Meryl Streep famously revealed that the year she turned 40, she was offered three different roles to play a witch. In Hollywood, it seems to be an exact cut-off for female actresses – their times as a ‘maiden’, the young, desirable character with which the male gaze is allowed to linger on. Once an actress seemingly goes beyond her 30s, she is curtailed into roles of either the ‘mother’ or the ‘crone’.

As Huffpost says in their 2013 article ‘Why We Should Care About The Massive Age Gaps Between A-List Actors And Their Love Interests’, while the likes of Julie Roberts manage to escape and slip by the expiry date of being desirable in Hollywood, with Roberts playing love interests well into her forties, she is most certainly an exception. And how does that make every woman over 40 who isn’t the perfect image of Julie Roberts feel? If the issue was solely impacting the industry itself, that would be one thing – but instead, as all pop culture tends to do, its influence has leached into our society.

There is also the question on how do the actors and actresses themselves feel about playing these roles? In 1957, renounced actor Cary Grant mysteriously turned down the main lead in the rom-com Love in the Afternoon, despite being the production’s teams first choice. It later emerged he was uncomfortable with the 25-year age gap between him and his would-be co-star, Audrey Hepburn.

There must be something undeniable uncomfortably with playing a romantic lead opposite a man old enough to be your father. Alternately, the idea of acting in love with a woman many decades younger than yourself should be equally as disturbing.

Age differences in films are outdated. They feed into a concept of desirability and sexuality that is principally linked to only a certain point of a woman’s age and is a trend that should have most certainly be left behind in history. The film industry in a fluid organisation, ever-changing and adapting to an equally shifting world. The concept of change is not a foreign one, and as the industry works to repair deeply troubling flaws that have come to light in recent years, it should also work towards ironing out massive age differences in films. Romantic leads close in age not only benefits society, but also benefits the actors themselves.