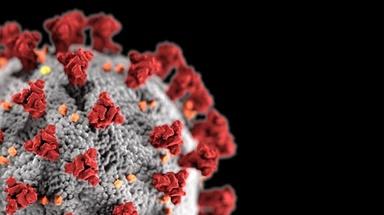 In the month of December alone, 59 sanctions were issued by NUI Galway for students found to be breaching Covid-19 guidelines.

SIN learned through a request made under the Freedom of Information Act ,that during the final month of 2020, a total of 59 students were sanctioned by the University.

In December, the Government allowed restaurants and gastropubs to reopen briefly for the Christmas period, which may have encouraged students to have gatherings, with a strict 11.30pm closing time in such outlets imposed.

55 letters of apology were also written to Campus Living staff and Security staff of Campus Living residences, and 56 fines to the Student Hardship Fund were issued by the University.

Only three sanctions were ultimately dismissed with no further action.

This figure is more than double the number of students reprimanded by NUI Galway from the beginning of the semester on September 28th to the end of November, when only twenty-two sanctions were imposed, and four fines were issued.

It also came just a month before Dean of Students Michelle Millar emailed all registered students reminding them of their responsibilities, having revealed that several students had already faced sanctions.

Furthermore, these sanctions come almost directly before an outbreak of the virus among students was declared in NUI Galway at the beginning of February.

However, no sanctions were issued by the University in the month of January, most likely because of the delayed exam season and delayed start of the second semester, which did not begin until February 8th.

“You can bring an SU rep, so we always recommend to do that. The disciplinary process is there for when it is needed, and we hope that as little students as possible are being brought through it. We want to make sure that the message of how important the Covid restrictions are in saving lives can’t also go unwarranted.”

Student accommodation complexes have also come down hard on residences in breach of Covid-19 measures.

Cúirt na Coiribe came under fire late last year for threatening to report students to University authorities if they were judged to be in breach of regulations.

Toomey has previously expressed disagreement with the introduction of fines by the University, stating, “We don’t support the idea of financial fines, we just don’t think it’s fair.

“We’re just against the idea of fines, they affect students in different ways, not every student can afford a fine in the same way. They are generally discriminatory, so we have been looking at the process of the disciplinary process and the different fines and sanctions that they do have. Earlier in the year it was added that Covid can be part of the rules, but the actual process wasn’t changed so we are not looking at that.” he said.