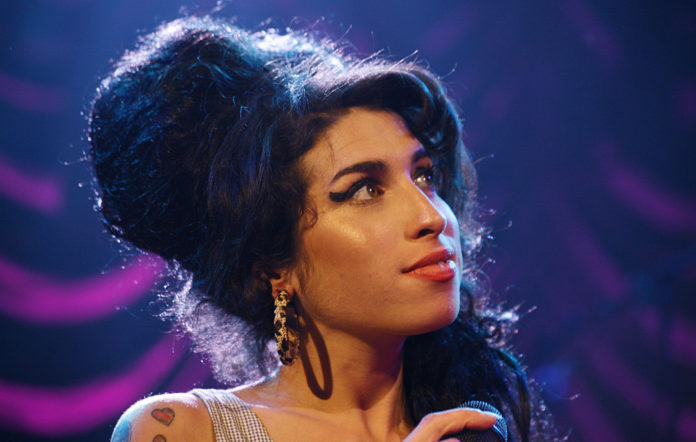 I have not listened to Amy Winehouse for a tragically long period of time. After her death in 2011, my family did what most people seemed to do and bought her final album, the result of a strange morbid curiosity mixed with macabre-like guilt. As with all promising stars who dwindle away from drugs, the public always seems to bear an unspoken sense of responsibility – a collective thought of could we have treated her better? as the recently deceased’s images swim on the news, before we collectively, as the public switch channels back to MTV again. And then the darker side of that guilt, a knowledge that their creative output has reached its duration, the twisted resentfulness in the knowledge there’ll be no more new work to consume.

So in 2011, in the months after her death, Back to Black became the UK’s best-selling album. And it subsequently became the go-to album playing in our car for a year. Don’t get me wrong, I adored the songs. The upbeat mix, the jazzy undertones, Amy’s raspy lyrics. It’s only now that I listen to them and am mildly horrified at the lyrics I was singing along to with no understanding of their meaning. But hey, no harm done right?

One evening, my flatmate had a throwback 2010s hits playlist on, and You Know I’m No Good started playing. Well, what a blast from the past that was! The next day, I decided to rediscover my long-forgotten love of Amy Winehouse’s Back to Black album.

And guess what album I’ve had on repeat for the past three weeks?

The album is full of some great hits, catchy and incredibly easy to sing along to. In what seemed to have been a talent of Winehouse’s, her songs balance the fine line between upbeat and tragic impossibly well. Look no further for an example than ‘Rehab’. Winehouse managed to spin an arguably soul-destroying point in her life (being advised to go to rehab) into a catchy, upbeat tune. Yet at points, lines of the song are just so moving, such as “I don’t ever want to drink again. I just… need a friend.”

‘You Know I’m No Good’ and ‘Tears Dry On Their Own’ are songs that strike a similar chord. Wonderfully upbeat, really fun songs to bop to, and yet under the layer of cheerfulness is a current of sadness. I mean, if nothing else the titles alone hint to this fascinating dichotomy.

I’ve had ‘Love is a Losing Game’ on repeat this last week. There’s something deeply unjust in that fact it’s one of her lesser-known songs – I would argue that it is her best. There’s a devastating vulnerability to the song. A gentle plea of the heart, regret rife in the soft melody dancing with Amy’s deep vocals.

As I was researching the song, I realised with a shock Amy was around my age when she penned the song ‘Love is a Losing Game’. I won’t lie, I did shed a tear or two. I sat on my student-accommodation couch and cried. Because I tried to imagine living through 21 years of life that made me pen the words “Love is a losing game”, and fully believing them to be true. For the first time, I felt like I finally was seeing Amy Winehouse. Not just listening to her music, but seeing the glimpse of her character that lingers on in her music.

When I was 11, 27 seemed like a fantastically old age. I didn’t see the vulnerable woman behind the popstar, I couldn’t fully understand that these songs I listened to weren’t just catchy music, but an insight into Amy Winehouse herself. Not the star, not the brand with the over-the-top hair and massively emphasised eyeliner wings, but a young woman who had so much promise and sadly suffered so much.

I’m not going to go making any great or grandiose statements on Amy Winehouse’s legacy. She seems to have been an incredibly complex woman, full of both promise and flaws. To try and sum her down to a concluding line would be cheap and untrue. And also, impossible. So I’ll simply end with recommending the Black to Black album. As I sit here writing this article, I’m listening to You Know I’m No Good, and I really am so glad that I rediscovered the album.