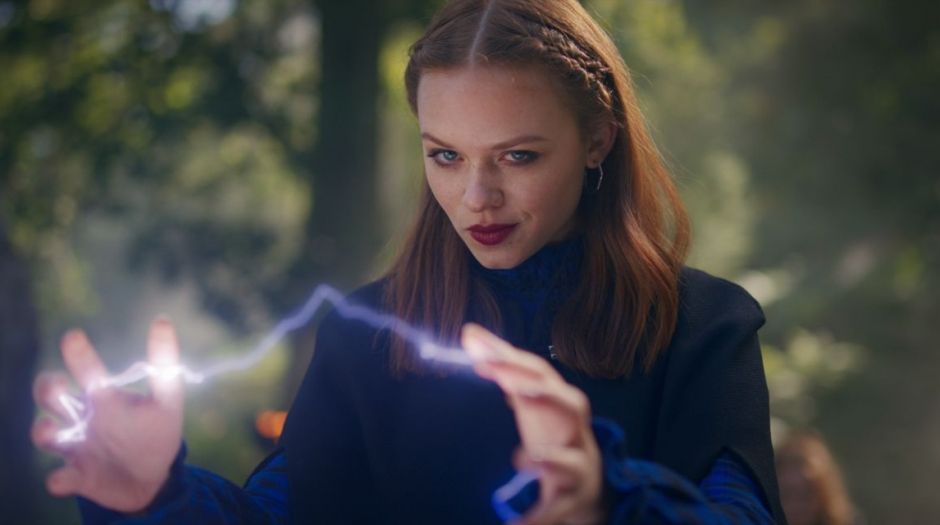 Fate: The Winx Saga is one of the most recent Netflix Originals to grace our lockdown binging sessions. It is a remake of the Nickelodeon cartoon Winx Club and follows five teenage girls navigating their lives through school in the Otherworld. Family trouble, relationships, new friendships, and deadly monsters are only some of the challenges they face. The show has gotten a lot of slack as of late for its writing, acting, and general level of cringe. There is no doubt that the show has its moments where the writing feels it’s taking a step away from the sophisticated, but if the world can fall in love with the likes of Riverdale, I don’t see why people have decided to become especially judgmental this time around! If we all decide to let go of these presumptions and quick, harsh impressions, we will see that there is stellar work done in the show in many forms: the relationships, world building, modern influences, aesthetics, and ancient magic.

While audiences may frantically search for love interests, the friendships formed in this show are far more meaningful than any romantic moment. Gone are the stereotypes of female roommates giggling on the first day, so excited to be the best of friends immediately, or have an intense, nonsensical rivalry. The five girls (Bloom, Aisha, Musa, Terra, and Stella) are all strangers to each other on their first day, and whilst there are occasional awkward moments of forcing a friendship, it was not a quick and easy thing. As the show went on, you can see their friendships forming despite themselves, as they experience the awful, the fun, the vulnerable and the frightening moments, together.

If you have any interest in Irish mythology, the world created is enough of a reason to check out this show. The Otherworld in Fate is a magical parallel realm to Earth, and is split into seven continents, among which only three are revealed so far: Solaria, Linphea, and Eraklyon. It is inspired by Celtic mythology in the way that it is described to be at the edge of the world and is the home of the gods and spirits of the dead. It is believed to be the home of ancient magic where fairies-with-potential are invited to develop their abilities. Fairies of the Otherworld are innately Irish, as are the monsters, symbols and practices mentioned throughout the series. Whilst season one focuses on one kind of monster (the burned ones), there is so much opportunity to explore more elements of the world in future seasons. Also, one could not help but notice the stunning landscape in which the series is filmed that complements the mythical world so beautifully. I was delighted to find out that the show was filmed in County Wicklow on our very own emerald isle. I will be heading there for a hike when things with Covid-19 improve!

The magic of the fairies in this world are influenced by the natural elements (earth, air, fire, water), but light and the mind are also singled out as their own kinds of magic. Their magic is controlled by their emotions and is heightened when they entire the school’s stone circle, which is like a fairy ring that Irish children may have looked for in forests and fields growing up. The writers were not lazy in thinking about how the fairies can manipulate these elements in their magical arts. They are not just throwing about fire and water at their enemies and hoping for the best! For example, light fairies are capable of harnessing powers such as invisibility, astral projection, and illusion manipulation. Moreover, mind fairies have an affinity for empathic perception, pain manipulation, and telekinesis. During the series, the girls’ magical abilities and control develop dramatically, so future seasons promise even more creative and extraordinary depictions of magic.

This is a small note, but I thoroughly appreciated the show’s use of social media. I have noticed that, recently, a lot of shows being released are not set in the present day. We love a good regency drama or ‘90s throwback, but it seems lazy in the sense that writers get to avoid the strong influence that social media has had on young people’s lives. Despite its magical setting, the characters in Fate: The Winx Saga still use Instagram and message each other in group chats. Not only is technology present, but it is occasionally pulled into the plot, subtly, in a way that makes perfect sense. It does not take over the story or take away the fantastical atmosphere. Mixing magic with reality lets a modern audience be more engrossed in the story.

There is not much to say about this other than it is absolutely brilliant. The songs are carefully picked to depict the delicate, ethereal atmosphere, but others build with stronger drums and energy that fit the more dramatic scenes perfectly. I have discovered many new artists from it, and if you enjoy the general aesthetics of the series then you will be listening to it non-stop to relive them in your own world.