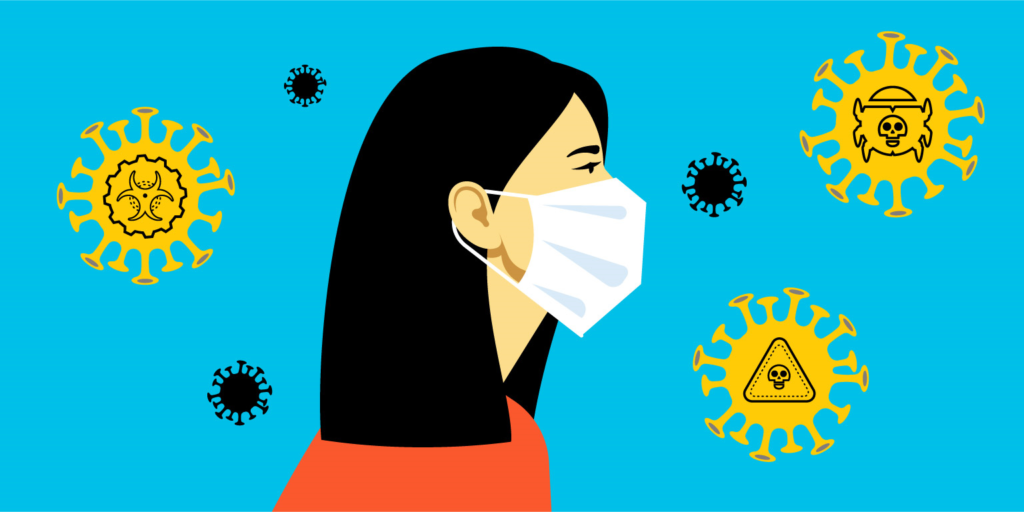 Day is-anyone-even-still-counting of lockdown. And it’s nearly been a year.

It was last week, as I walked across the Cathedral Bridge that I realised it’s nearly been a year. A year since meeting up with friends in Sult, a year since library crushes, and a year since Bialann chatter.

There was something so staggering about it. A year.

A lot can happen in a year; people change, hobbies grow, friendship forms. And yet these last 365 days have stagnated. Change now comes in the form of restrictions, the cyclic nature of lockdowns and waking up to log into Zoom and going to sleep with screen eyes.

I sometimes wonder who I might be now if pandemics were left to science-fiction. I wonder how the past year might’ve formed me; who I would’ve met, what I would’ve done. I remember looking out at the torrents of the Corrib, and I imagined in the surf I could see apparitions of what could’ve been. The mirage of friends never met; memories never made.

A lost year, the tick of time slightly off beat.

Today I had to go to campus to collect a library book. I thought back to the last time I went into the library; a nondescript day in March, the day lockdown was announced. I remember sitting where I always sat; a first-floor window seat, and around me students were packing up, elbows jostling each other as laptop screens go dark. As I chatted to my friend about her upcoming holiday, my mind was debating many books I should take out. I had two history essays to do, the shorter one due in a week and the long one in a month and a half. I can remember eyeing the hardback tome I needed for the longer one, and then putting it back on the shelf. Because there was no way we all wouldn’t be back to college in a month, no way life would dare be paused for so long. I wished my friend a happy holiday, and left the library. Not knowing I wouldn’t step back through those glass doors for nearly a year.

Vibrant yellow stickers now line the carpeted lobby, carefully directing the path. A glass barrier separates me from the librarian, and he won’t take my ID card, but taps the counter, waiting for me to let go of it before he picks it up. My face-mask itches, and I hope he finds my book quickly.

The world is so clinical now. And I know it has to be, know that the physicality of company is a dangerous risk. The unseen virus, an assassin, jumping from one victim to the next. I understand the need for it all, but that doesn’t mean I accept it.

Before I head back, I decide to wander around campus. I walk under the covering of the Arts Millennium Building, thinking back to the class I had there last year. It was on a Friday, and the thin walkways between desks and chairs were always cluttered with suitcases, waiting for buses to board. I walk towards the concourse, look through windows at Smokey’s, wondering what on earth that pigeon has been surviving on for the past year. I hope he’s doing okay.

It’s unnerving to see campus so void, filled only with empty buildings. Even during the summer there had always been postgrads fluttering around, hands gripping Smokey’s coffees as they tried to balance a stack of papers.

I miss my friends, but I also miss strangers. I miss the bustling corridors of the Concourse, I miss having to share a table in the Bialann with another group of friends you know nothing about, but every so often you hear titbits of their conversation and make eye contact with your own friend and try not to laugh. I miss packed lecture halls, and the search for your friends amongst all the heads before you have to take a seat. I miss the physicality of others; the presence of strangers. The buzzing conversations in Smokey’s, the chatter in lecture halls before the professor arrives.

Covid-19 has taken the facetted face of life and fractured it. Caring is no longer sharing; caring is staying two metres apart and decided that maybe a Zoom call would be the safest way to meet up anyway. When strangers are no longer potential friends, but potential carriers.

Each one of us has experienced this past year, but done so isolated, separated from others. I can’t wait until the endless age of hand sanitising, social distancing and Zoom calls is over.

“Anyone fancy a bap from Smokey’s?”