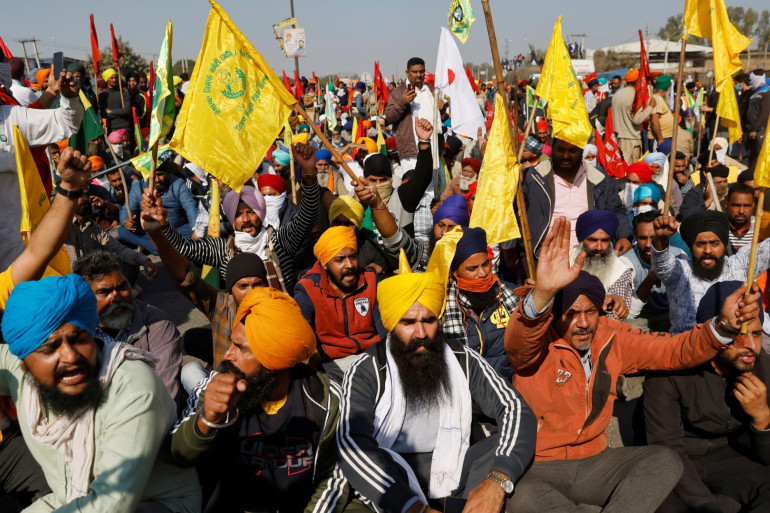 Months have passed since the beginning of the protests in India, but the media and newspapers are only now talking about them, why?

Everything began with the decision by the Indian Prime Minister Narendra Modi – to reform the south Asian nation’s economy. In fact, even though more than half of Indians work on farms, this sector is not developed at all, it is not productive nor as modern as should be.

This is due to several factors, and it has been a problem for the country for decades now. Over the years, the Indian government has tried to protect the whole sector with subsidies such as exemption from income tax and crop insurance. On one hand these measures have been important, in some cases even fundamental to the farmers, on the other hand without competition, the farms never developed. Besides, the government now sees these measures as no longer sustainable.

In this chaotic situation, a few months ago, Narendra Modi suggested to reform the law: the new agricultural bill provides for a decrease in the government’s role in this field. However, at the same time it allows for private investors to invest in this business.

The aim of the Indian government is to bring growth to the agricultural sector, but farmers are very sceptical: “We will lose our lands, we will lose our income if you let big business decide prices and buy crops. We don’t trust big business. Free markets work in countries with less corruption and more regulation. It can’t work for us here” Gurnam Singh Charuni, one of the main leaders of the agitation, said.

The protests against this law have continued for months. Since November farmers have travelled several kilometres to reach New Delhi, the capital, sometimes even in their tractors, to demonstrate against the reform. The manifestation has always been generally peaceful until January 25th, when the farmers faced the police: the riots spread panic through the city, caused one official death and injured hundreds. Moreover, the Prime Minister decided to block internet access in order to stop the farmers from communicating with each other.

Despite this dramatic situation, international media did not pay much attention to the revolt and the public was left completely unaware of what was happening in India. That was until pop superstar Rihanna decided to speak out: she tweeted “why aren’t we talking about this?! #FarmersProtest” linked to an article published by CNN about the internet block at the protest sites. The impact was impressive: in a few hours everyone was talking about it, but her tweet caught the attention of the Indian ministry for foreign affairs too. They stated, “The temptation of sensationalist social media hashtags and comments, especially when resorted to by celebrities and others, is neither accurate nor responsible”.

Is it true? Should celebrities ‘stay in their lane’ and not talk about politics?

There is no univocal answer to these questions.

There are many examples of celebrities who have used their influence to raise awareness to different topics: for example, Dua Lipa founded an organization to help people with financial difficulties in Kosovo, Lady Gaga stood up against the ‘don’t ask don’t tell’ practice in the US military, Aretha Franklin was an activist for women and black people’s rights, many celebrities also gave their endorsements at the presidential US election and even more of them have publicly supported the Black Lives Matter movement.

Even if many people think celebrities should not talk about politics, it is undoubtedly true that they are often the best means for issues to reach the court of public opinion and raise awareness around delicate topics. In this case, Rihanna’s tweet went immediately viral, with thousands of likes and shares from her 100 million followers. Within a few hours, the climate campaigner Greta Thunberg and the US Vice President’s niece Meena Harris tweeted support for the farmers, and soon everyone knew about the protest.

At the same time, many Indian celebrities began to spread the same message of support for the Prime Minister, condemning not only the protests but Rihanna herself, and some people suspect they’re posting those statements under pressure from the Indian government. So, maybe celebrities should talk about politics and human rights only when it is convenient for the Prime Minister?