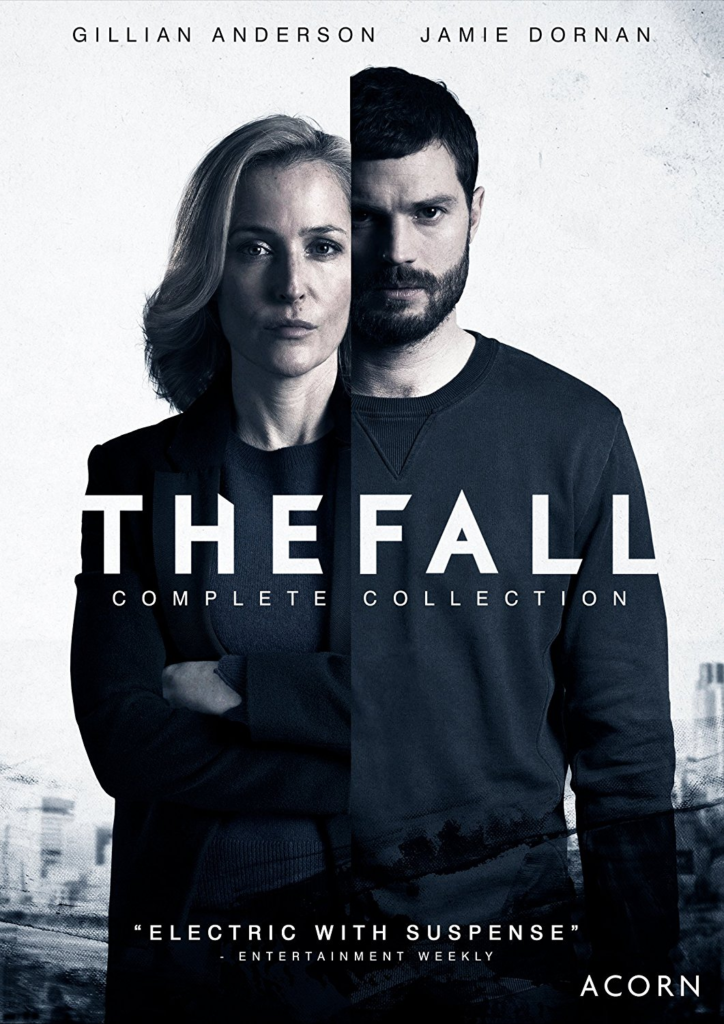 If you are like me and crime thriller series fascinate and intrigue you, you need to add this series to your watch list. The Fall has three seasons and is set in Belfast. It is originally a BBC crime drama, although it is available for streaming on Netflix.

The Fall is a gripping, provocative and surprising series, with many twists and turns throughout that will keep you watching it. It is rated as 18s, due to its scenes of graphic violence.

The series is about detectives and police officers trying to catch Paul Spector, a serial killer, also known as the Belfast strangler. The main detective is DSI Stella Gibson, who is played by Gillian Anderson. She is the top detective in the series and comes from England to help the Belfast police officers in investigating the murder of a young women, although when she is in Belfast, his murder spree continues, which leads to her connecting Spector as the serial killer.

The menacing Spector is played by Jamie Dornan. The character is a loyal father and husband, and is also a bereavement counsellor by day, although it thrills him to stalk and terrorise women he doesn’t know, breaking into their houses and strangling them. We see in season one, the killer covers his tracks very well, although he is not always successful in killing his victims, and this then becomes the beginning of his downfall, especially when he becomes somewhat romantically involved with a 15 – year – old girl who babysits his children. The fact that he comes across as very normal and respectable, and the fact he has such a dark side makes this series even more gripping, provocative and surprising, and adds an extra layer of enigma to his character.

The series has a lot of dark scenes in it, which relate mainly to murder and violence, and Paul Spector is not the only violent person in the series. Although The Fall is not a true story, the serial killer Spector has many similarities to the serial killer Denis Rader, who also used to bind, torture, and kill his victims in the same way Spector does in The Fall.

The Fall is a must watch series, and although it is a very gripping series, it loses marks because of how each of the three seasons conclude. The third season was also not as exciting to watch as the first and second.

The third season was centred almost solely on the implications of Spector’s murder spree in Belfast, and was lacking in the element of surprise, in comparison to the first and second seasons, as they offered more gripping scenes, that were more largely centred around mystery. It was still however interesting to watch and well scripted and acted, so do not let that turn you off watching the series. Overall, The Fall is a very well scripted and acted series and is one of the most addictive psychological thrillers on Netflix.