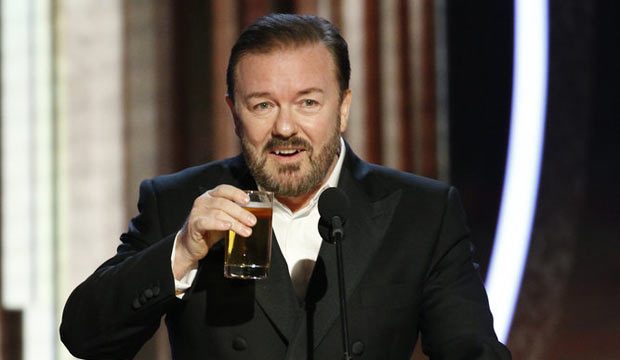 February 2020 was a monumental month in the history of cinema. When Parasite scooped Best Picture at the 92nd Academy Awards in the iconic Dolby Theatre it felt like a sign of the times. Bong Joon – ho’s masterpiece was the first non – English language film to lift Hollywood’s biggest accolade. Bong looked as shocked as fans around the world who wrote off the film’s awards chances as he walked to the stage to collect the film’s fourth award of the night. The shock on his face wasn’t one of humility. It’s common knowledge that films that don’t pander to the award boards’ predominantly white members are snubbed.

Year in and year out, the films and performances that play it safe win big in awards season. The King’s Speech, Argo, and Green Book are the kinds of by – the – book pictures that win in favour of cinema that’s bursting with diversity and creativity. Parasite’s win was meant to change everything. If the 2021 Golden Globes nominations are to go by, nothing has changed.

The Golden Globes are typically seen as the Oscar’s less successful cousin. They roll round at the beginning of every year to remind you of their existence. It’s the pitstop before big ceremonies in Spring.  You’re more likely to remember one of Ricky Gervais’s rants against the room of A – listers than any of the previous winners. This is a ceremony that awarded Matt Damon’s survival film The Martian for Best Musical or Comedy. Odd nominees dominate the ceremony every year. However, The Golden Globes don’t feel weird this year. The nominations are horrifically backwards.

2020 despite a global pandemic closing cinemas across the world was still full of terrific film. With all the major blockbusters getting delayed it gave casual audiences the opportunity to delve into films that would have passed them by any other year. In a year where we took to the streets to battle for equality, cinema was full of brilliant stories from filmmakers of every background. Spike Lee continued his renaissance with Da 5 Bloods, a hard – hitting war film that showcased the impact the Vietnam war had on the black community. Regina King’s feature debut One Night in Miami saw icons Muhammad Ali, Sam Cooke, Jim Browne, and Malcolm X discuss what it’s like to be a young black man in America. Minari, led by the excellent Steven Yeun, showcased the challenges of a Korean family trying to achieve the American dream. These allowed audiences an insight into race issues that Hollywood often ignores. Outside of dealing with crucial topics, each of them is fantastic works of art. Yet, each of the three were snubbed by The Golden Globes.

A quick glance at the best picture nominees tells you all you need to know about the awards show. David Fincher’s oddly meandering Mank, the story of the man who wrote Citizen Kane, was nominated as awards shows adore movies about making movies. The only film to deal with racial issues was directed by a white man; Aaron Sorkin’s crowd pleasing The Trial of the Chicago 7.

The two nominations that invoked fury online were for The Prom and Music. The Prom on paper promotes the LGBTQ community, yet it features an awfully stereotypical performance from James Corden. Corden was nominated for Best Actor despite his dated performance.

Music, singer sensation Sia’s directorial debut, features offensive portrayals of what it’s like to live with autism. The film has been labelled a disgrace by many autism awareness charities. Despite these films being harmful to the LGBTQ and Autistic community they are being praised by an award show that’s watched by millions. The Sound of Metal, a film about a drummer struggling with hearing loss, worked with deaf actors to ensure their lives were represented accurately. To the surprise of no one, this film was snubbed too. When you’re releasing a film centred around a sensitive topic, the least you can do is put some care into your movie. However, it’s apparent that’ll lose any chance of being recognised by The Golden Globes.

There are signs that the Globes are capable of making a change. Three female directors were nominated for Best Director, a record high. Promising Young Woman, a showcase of the struggles of being a woman in a male ego driven world, was nominated for best picture. This is a big moment for women in film. The Golden Globes realise that times are changing, even if they nominated Emily in Paris while snubbing I May Destroy You in the television categories. You can’t choose to pat yourself on the back just because you made one right out of dozens of wrongs. If the Golden Globes are to be taken seriously, they need to start recognising the films that have the potential to change the world. Nominating a film just to get James Corden and Sia in your audience is simply not good enough.