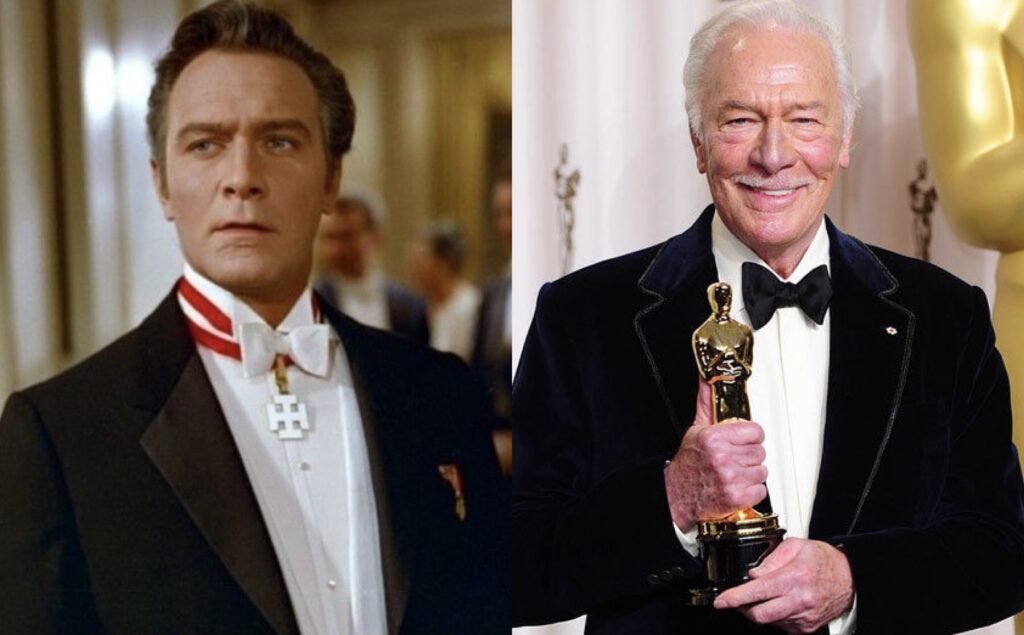 Beloved actor Christopher Plummer, renowned for his stellar roles in The Sound of Music (1965), The Insiders (1999), The Last Station (2009) as well as many more, passed away on the Friday February 5th, 2021, leaving behind an everlasting legacy. He basked in the glory and admiration of the global spotlight for over 70 years, and leaves behind an accomplished career overflowing with pizzazz, undeniable masterpieces, and flair.  As a man with multiple talents, who could turn his hand to many roles both on stage and on screen, Plummer was treasured by many around the world as well as by his daughter and spouse Elaine Taylor, whom he was married to for over fifty years.

Before he broke onto the streets of Tinseltown, he was simply known as ‘Arthur’ and was born on December 13th, 1929 in Toronto, Canada. After his parents divorced, he grew up mainly with his mother’s family in Senneville, Quebec outside Montreal where he discovered and nurtured his love for music and theatre. He later trained at the Montreal Repertory Theatre. After playing numerous roles at the theatre, he made his Canadian television debut in 1953, the same year he also made his Broadway debut. In his later life, he was reviewed by Rolling Stone writer Peter Travers as “simply stupendous” which encapsulates the opinions of many people around the world both inside and outside of showbusiness.

Although his famed portrayal as Captain von Trapp in the 1965 classic The Sound of Music may be rated by some as his most famed role, Plummer had an extensive career in the television, film and theatre industry which spanned seven decades. At the age of 91 Plummer was even set to star in a big – screen production of King Lear directed by Des McAnuff but unfortunately died pre – production. Some of his most acclaimed performances were his portrayal as American journalist Mike Wallace in The Insiders (1999) and Hal Fields in Beginners (2010) for which he won the Academy Award for Best Supporting Actor. He was also awarded the 1974 Tony Award for Best Actor in a Musical for his depiction of Cyrano in the original Broadway performance of Cyrano (1973).

Many would define wealth as a measure of money in the bank or houses you own, but it can be argued that the wealthiest people are those enveloped in a loving family. Plummer may have worked on multi – million – dollar projects and was a global icon, but if this is the true measure of wealth, Plummer was already a tremendously rich man. He lived a long life with his wife, and fellow actress, Elaine Taylor. Taylor was his third wife, and the couple described themselves as “best friends” and lived a fulfilled life together, settling in a farmhouse in Canada. According to his agency ICM Partners, Taylor was by his side when he died peacefully in his home. He is also survived by his daughter, Amanda, from his first marriage. Amanda is also a highly acclaimed actress and won the Tony Award in 1982 for her portrayal as Sister Agnes in Agnes of God (1979).

His close friend and The Sound of Music co – star Dame Julie Andrews DBE has been mourning the death of her “cherished friend” and said she would always remember the “consummate actor” by his “fun and humour.” Some of the child stars who made up the cast of the von Trapp children in The Sound of Music also reminisced on their time spent working with Plummer on ITV’S This Morning, with Angela Cartwright who played Brigitta von Trapp in the movie saying that “he brought a real edge to the part” and that he was a “very talented guy.” Nicholas Hammond who played Friedrich von Trapp says, “he showed me what it really is to be an actor with his concentration and his commitment.” He added that he had “huge admiration for him” and that Plummer insisted on embodying the stern, disciplined character of Captain von Trapp off – camera to make the strained relationship the character shared with his children more believable on screen. Debbie Turner, who played seven – year – old Marta von Trapp in the movie, said that although he tried to maintain this serious persona, he still broke character from time to time with the children, and that she remembers him “making faces at me and trying to make me laugh” during filming.

There has been an outpouring of grief from fans around the world on Twitter following Plummer’s death, with many people sharing their favourite parts of his work over the years. Many fans mention that The Sound of Music was their “childhood,” and that they are sad to be saying goodbye to a true icon. But one thing is for certain. Plummer’s life and legacy will live on forever with his admirers from every corner of the globe.  He is a Hollywood icon, and will continue to ignite the flame of passion in actors for many generations to come as after all, in his own words, the most successful performers need to “learn how to blaze.”