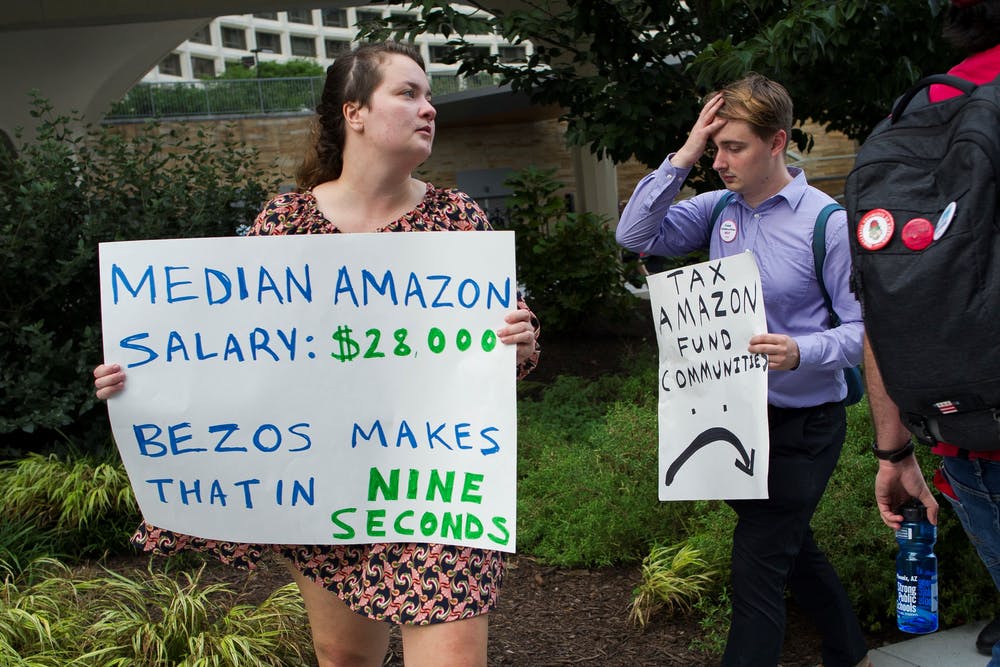 Billionaires around the globe have increased their wealth in this pandemic by nearly a trillion euro. At what point is it too much and how did the world even get like this in the first place?

The birth of modern capitalism as we know it can be traced back to the Industrial Revolution in the late 18th and early 19th century. New manufacturing processes meant that production could be ramped up to unprecedented levels. But It wasn’t the workers benefitted from this, it was the factory owners and the ruling elite. This led to huge profits and excessive wealth. It’s after this time that we begin to see the beginnings of huge income disparity between members of the general population. This level of imbalance would have previously only been attainable by royalty.

The age of the multi-millionaire beginnings with John Jacob Astor, an investor who smuggled opium into China and used the profits to invest in real estate around New York City. At the time of his death in 1848, he was the richest person in the US, leaving behind an estate estimated to be worth $20 million.

The world’s first billionaire was confirmed in 1916 as oil magnate J.D. Rockefeller. He controlled 90% of all oil in America at a time before electricity, when oil was needed for everything from travel to something as simple as having a light source.

Now predictions are being made that by 2026, Jeff Bezos could become the world’s first trillionaire. That’s a thousand billion, or a million, million. Bezos made his fortune through Amazon, an outlet that dominates the online shopping market, causing small businesses to close while refusing to pay its workers a living wage.

Notice a pattern here? It’s the exploitation of everyday people. A phrase we hear all time is the rich get richer while the poor get poorer. That’s just the way things go. But it’s not right, and it’s not natural. If you visited a zoo and saw 100 monkeys who are weak, tired, and starving, and one monkey perched atop a giant pile of bananas refusing to share them with any of the others all the while demanding more, you would say, “I think this monkey is ill. I think we do need to do something to make sure the other monkeys get some bananas”.

Human beings tend to gather, we have an innate drive to hoard wealth. This desire made sense during the stone age, if you had a back-up supply of food you might make it through the winter, that impulse may be the one thing that keeps you and your loved ones alive. But this inclination does not translate into a world of surplus. When you’re taking money that you can’t even spend out of the hands of those who need it most, you’ve gone desperately wrong. When the top 1% now owns over 50% of the worlds wealth the only conclusion you can come to is that they won’t stop until they’re forced to.

The renowned author John Steinbeck once said that the reason socialism never took hold in America was because “the poor see themselves not as an exploited proletariat but as temporarily embarrassed millionaires”. This statement still rings true today, as hustle culture tells young people that unless they are constantly producing then they are failing. Everyone is supposed to aspire to great wealth, everyone is supposed to dive headfirst into every opportunity. You should be an entrepreneur, or an influencer, or an investor. But if we spent as much time holding billionaires to account as we do worrying about our own success, then maybe we could level the playing field for everybody. If we start living mindfully in this world, we can recognise that nobody is more worthy than anybody else of living a comfortable life. Nobody deserves to have billions in their bank account while some of us are in the negative. The absurdity of modern capitalism has never been clearer. The glass ceiling is beginning to shatter. I, for one, am ready for a new world.