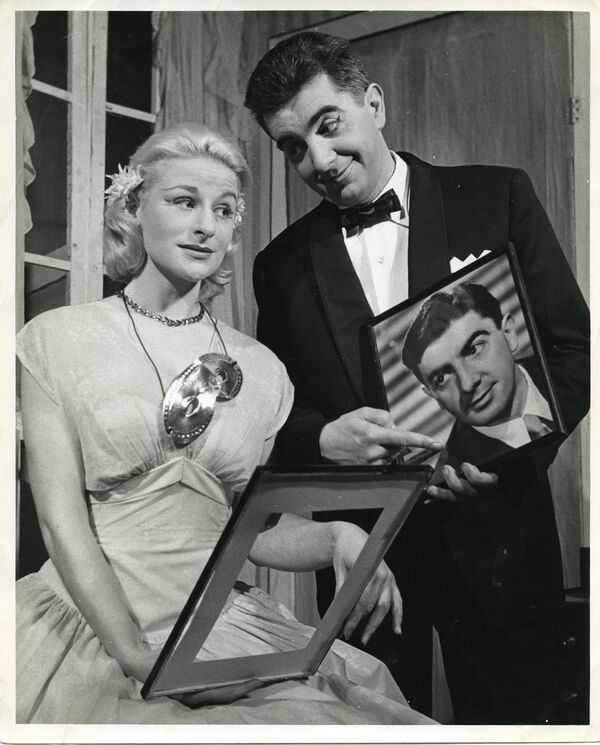 The James Hardiman Library has launched a digital collection of photographs, annotated scripts, letters, diaries and more all belonging to the actress and writer, Genevieve Lyons. The exhibition is a tribute to her achievements and documents her career and theatre life in Dublin from the late 1940s, 50s and into the early 60s.

Genevieve Lyons was born in Dublin in 1930, and her love for theatre grew while she was working and growing up in the city. This love saw her join the Brendan Smith Academy in 1948. Her talent as an actress developed and she graduated with a Diploma in Acting in 1950. The digital archive includes headshots of the young actress which would have been essential to have as someone debuting in the industry.

Lyons’ diary, kept in the late 1940s and early 1950s, gives a personal insight into the social life of Dublin city at the time, as well as her life as an emerging actress. The Globe Theatre Company, of which Lyons was a central member of, was founded in 1954 by Godfrey Quigley, who was also Lyons’ husband. It was viewed as “a unique experience in the Irish theatre” as its goals were to establish a place outside of the urban centre of Dublin city for professional theatre. The Globe Theatre Company, as well as showing Irish productions, debuted many international productions to Irish audiences for the first time. Lyons took part in many of the plays they presented. Many of the productions she took part in were photographed, with the photos being included in the exhibition.

Some of the productions included in the Hardiman’s collection are ‘The Beaux Stratagem’ by George Farquhar, ‘The Male Animal’ by James and Elliott Nugent Thurber and ‘Dinner with the Family’ by Jean Anouilh.

The photographs in the digital archive really display moments between the cast captured, some are on stage and some are behind the scenes. Lyons’ passion for her trade still shines through in these photos. Some of the other key roles include the role of Marion in the Irish premiere of J.P. Donleavy’s stage adaptation of his novel, ‘The Ginger Man’, which was famously censored and shut down after three performances in 1959 due to the disfavour of the Catholic Church. The church disapproved of the play’s depiction of sexuality and it’s comments on religion.

Lyons was well-known for her talent in theatre society. She often acted in Irish premieres of European and American plays. She also  for large crowds, and acted in John Van Druton’s ‘I Am a Camera’, which was seen by over 15,000 people at the Gas Works Theatre in Dun Laoghaire in 1956.

The digital exhibition showcases her time spent with The Globe Theatre Company during her successful career as an actress. She left the company in 1960 to move to London, where she became a drama teacher to primary school students and also began her third career as an childrens’ author.

Genevieve Lyons was an exceptional woman, and her character has captivated many to this day. Dr Barry Houlihan, Archivist at NUI Galway, said: “The archive of Genevieve Lyons is a really significant collection. Genevieve was a hugely talented actress who brought so many new roles to life on the Dublin stage, from the Globe Theatre to the Pike Theatre, and to great acclaim. It is wonderful to be able to share this archive online with a global audience and preserve the papers among the vast number of theatre collections of the Hardiman Library.”