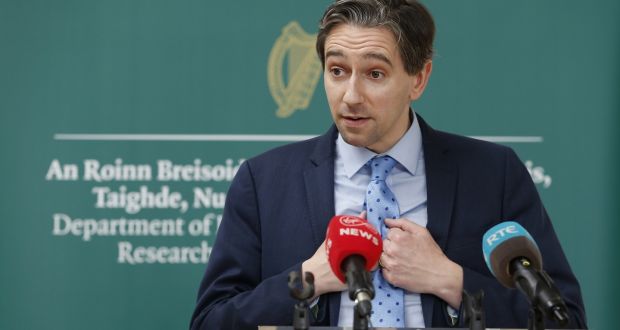 It is no understatement to say that the year 2020 was challenging for everyone around the world, and unfortunately, it does not seem to be letting up any time soon. No one could have anticipated the spread of a virus to all reaches of the world, let alone Galway.

The very notion of a pandemic seems like an implausible, far-fetched, dystopian sci-fi film plot that would do great in cinema upon its release but slowly flop and be forgotten about after a few years, with its only realm of interest being deep in the Sci-Fi section of Netflix.

Unfortunately, every person worldwide is now incredibly aware of the life-altering circumstances that have come with the COVID-19 virus. Everyone has suffered in one aspect or another, whether it’s mental health issues from the immense social isolation and loneliness, domestic abuse from being trapped in a toxic environment, loss of income, work and poverty – everyone around the world, and here in Ireland has a validation to their experience, including students.

At the peak of the virus in summer 2020, the government was quick to use the student population as a scapegoat for the spread of the virus, and in doing so, pinned the general public against young people. In some respects, this was a decisive decision on behalf of the current government – generalising one group’s actions and negating their efforts in order to take the populations’ attention away from the government.

No third level student in this country, or anywhere around the world, would have ever dreamt that their college experience would include a year of sitting in their rooms at home with their parents, learning from their screens and not being able to see their friends. Older generations always romanticise their college experience and recall them as the ‘best years of their life’, but many have criticised and attacked students online during this pandemic.

I know this to be true. After appearing on RTÉ to appeal for the government’s action in aiding mental health services for third level students, the comment section on RTÉ’s Facebook post was full of negative and attacking words from the older generations, rather than words of support or advice.

To be truthful, not once have students attempted to negate the experience of any other group in Irish society. In that sense, responding negatively to students’ struggles is unfair and isolating for students who may now feel that they cannot voice their concerns. So, this article is dedicated to hearing students, listening to their experience and their thoughts on the government’s actions, or lack thereof, for students during this pandemic.

Athlone IT Student who took the year out to work

“I took my gap year out of college to work and pay off some of my college loans. Because of the pandemic, I was unable to start my job then after I finished my second year, I did not earn any money during the whole of the first lockdown. When I was finally able to work, my hours were much less than I anticipated due to the impact of the lockdown. All of the lockdowns happening have meant that I have not been able to pay off my loans as much as I wanted to. This has caused immense stress on my financial and mental well-being. I wish there had been more government supports for students in my situation.”

NUI Galway Student in financial difficulty due to housing

“I had to pay €300 deposit in April to secure accommodation as advised by NUIG. In the summer, my grandmother passed away, and I then had to pay €4804 moiety, so I had to take a top-up on a loan I was already trying to pay off from first year. Due to COVID and family stress, I failed first year and had to repeat the year, so I lost out on SUSI as well. I had been in and out of work and having to pay off a loan and fees. I moved into Cúirt na Coiribe on September 14th, stayed there for a maximum of five days, took all of my belongings out and returned my key with a letter and email, none of which were replied to. The only communication I received from this student accommodation was for the second moiety and a fire drill. I think the government should do more to help students with debt as a result of the pandemic.”

“As a student generally, and particularly coming from the North – I have felt completely invisible to the government throughout the entire pandemic. There has been no real monetary assistance (the €250 ‘hush money’ was actually just a reimbursement of my student levy). I’ve never heard a Minister for Further Education speak about further education in the Dáil less than Simon Harris has. Having only moved down to Galway this year, there has been a huge absence of part-time work, which I feel would be very hard to juggle with the intensity of online college as well. While everyone was talking daily about whether schools were closing, college students were left in a state of limbo – with all my labs being cancelled for February only in the last few days, long after I had moved back to Galway after Christmas. So now, I’m sitting in my €450 room watching online pre-recorded classes. Putting aside the lack of financial support, I don’t think the government realise the mental toll this pandemic is having on students, and if they do – they don’t seem to care.”

NUI Galway Student who was on placement during the pandemic

“I was on placement from January until July, and so I didn’t qualify for the COVID payment during this time. This was fine while I was on placement as I was lucky to have an income. However, because my contract ended in July and I wasn’t being let go due to COVID, I could not apply for the COVID payment and have received no financial assistance since. I have friends who were let go from their placements in March/April due to COVID, who then received financial aid from the government, yet because I continued to work right through to the peak of the pandemic, I don’t qualify. I am now left with no option but to use what little savings I have to keep myself afloat. It is particularly difficult that most of us are also struggling to pay for useless and unnecessary accommodation! The government should have done more to protect students in my situation.”

“The way the government handled our placement at the start of the pandemic was atrocious. They gave us contracts as healthcare assistants and told us we could use that time worked to make up certain placements, but since then they have gone back on their word, and there has been no mention of this promise since. They also assured us that we would be paid for the challenging work this pandemic presented, but once again, went back on their word and have ignored it until nearly a year later. At the moment, they have suspended our placements, and we hear all of their decisions on a last-minute basis. We heard unofficially tonight that our placement has been suspended for another week. They’ve had the last two weeks to reach a decision, and they still haven’t officially contacted us. Honestly, I feel that they are just biding their time because they have not a clue what to do with us and we feel completely ignored. We have heard nothing about the care assistant arrangement since working last summer under the pretences that this time worked would suffice in place of our outstanding placements, but as it stands, we have at least two weeks to make up during the summer. We are not allowed to graduate without all placements completed. The nurses who worked under these false pretences feel used as cheap labour during the original height of the pandemic. It is really hard to feel positive continuing in our careers when we’re being ignored and taken for granted. How are we to care for others, when no one cares for us?”