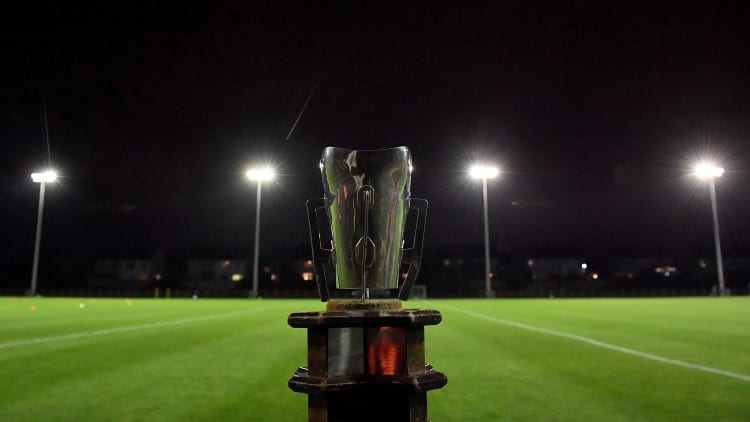 A star-studded NUI Galway side produced a crowning performance as they swept to a three-point win over UCD to claim their 22nd Sigerson Cup crown and end their eleven-year drought.

It was a game which will be remembered for the imperious performance of Caltra man Michael Meehan.  On the day, he made Pairc Ui Rinn his stage from corner forward, scoring 1-4 and dictating the pace, as well as scoring two superb side-line balls.

UCD, who boasted the talismanic Alan Brogan among their ranks, took control of the game in the opening 35 minutes with Liam O Heineachain opening the scoring, and come the half-time whistle, were heading in three points to the good with the scoreboard reading 0-6 to 0-3 points at the changeover.

However, Saint Michaels and Donegal man Colm Anthony McFadden and Spiddal’s Brendan Colleran combined to raise the white flag twice and leave thee bare minimum between the side’s only minutes into Act Two.

Moments later, two iconic scores from Meehan, who bisected the posts with unerring accuracy from either sideline to swing the pendulum the way of the men from the banks of the Corrib.

Then came the goal which was mired in controversy.

A long free from around thirty metres out from the right boot of Meehan dropped in and around the square, and by the time UCD net-minder Gerry McGill claimed the ball it was adjudged to have been over the line by the umpires prior to him being bundled into his net by Clare man Rory Donnelly.

The awarding of the goal by the man in the middle sparked furious protests as he was surrounded by UCD players making their feelings known, but ultimately the green flag was raised and the goal was given to open the advantage to five

While the men from Belfield opened the game well and seemed in the driving seat with ten minutes to go until half-time, their star power faded, and they couldn’t raise the white flag again for another 30 minutes.

In contrast, the hunger and desire from NUI Galway was growing as the game went on, and one would suspect that even without their fortuitous three-pointer given the impetus of their play.

Come full-time it would be the men in maroon who were three points to the good, with the iconic trophy heading West rather than East for 2003.