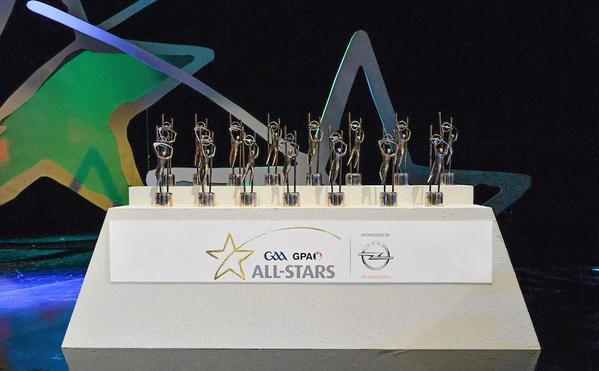 There have been many NUI Galway students, both past and present, listed among the 2020 GAA Gaelic Football and Hurling All-Star nominees.

In all, seven NUIG men were nominated for the hurling All-Stars, with two current students also being nominated for young footballer of the year by the judiciary committee.

Both Tommy Conroy and Oisín Mullin had exceptional campaigns in the Green and Red of Mayo as the Connacht kingpins secured their 47th provincial crown, and their fine form has seen them scoop up two of the three nominations alongside fellow county man Eoghan McLaughlin.

Tommy Conroy’s imperious scoring form saw him nominated for the prestigious honour.  Conroy repaid manager James Horan’s faith in the youngster on his Championship debut vs Leitrim, scoring a goal as the men from the Yew county ran rampant.  From there, he scored in every game as Mayo surged to the All-Ireland final. His impressive form broke the hearts of Galway late last year, scoring three points in the provincial decider in Pearse Stadium.

While Oisín Mullin may not have had any impact on the scoreboard in his maiden SFC campaign, his role as a dependable member of a functioning defence could not be understated.  Mullin was a key cog at the back, and put in a resoundingly positive performance vs Con O’Callaghan in the All-Ireland final.  Such a strong and impressive campaign also saw the Kilmaine man nominated for the Young Sportsperson of the Year Award.

Of the seven hurlers from the Galway panel nominated to pick up an award this season, six of them are NUI Galway affiliates, the most notable of which is Conor Whelan.  Whelan was one of Galway’s more prolific scorers alongside Joe Canning in the Championship campaign this season, notching 0-10 across the 4 games including 0-3 in the All-Ireland semi-final defeat at the hands of eventual champions Limerick.

Another man who scored 0-3 in that encounter was Brian Concannon, who was in a similar vein of form all season.  Concannon’s 1-4 in the Leinster semi-final lit the touchpaper for the 24-year-old Killimordaly man, who went on to score 2-8 in total over the course of the championship.

Both men were part of NUI Galway’s most recent Fitzgibbon Cup panel in 2019.

Among the other nominees, we had NUIG affiliates Daithi Burke, Aidan Harte, Padraic Mannion and Cathal Mannion.  The latter is someone who was deadly accurate in front of goals with the sliotar, putting 1-7 on the scoreboard in 2020.