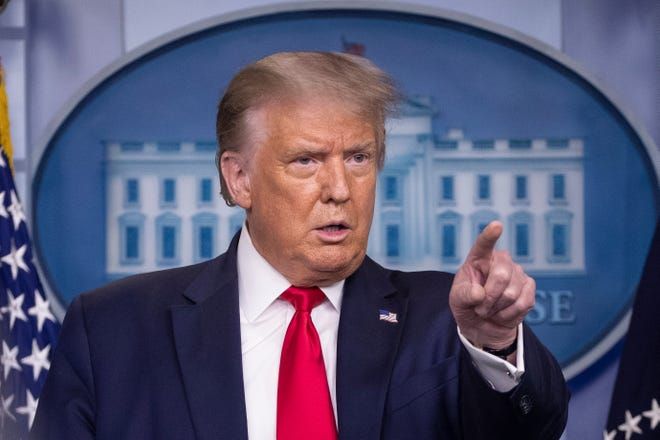 3 November. US Election Day. I had the day meticulously planned out.

Late to bed the night before, then late to rise, classwork followed by a nap between midnight to 3am, and then awake for the results that would inevitably fly in. Bed at 6am, and up for my 10am class. Easy-peasy.

Naturally, planning a day always goes more smoothly than the actual execution, and as I lay in a darkened room trying to force myself into an early nap, I found I had a lot of thinking time on my hands.

As my thoughts roamed the possibilities of the election outcome, I found myself wondering why did the American presidential race feel so important?

Sure, it was an election, but aren’t all elections important? Why was it that this particular result felt so crucial to me, a very definite non-American citizen?

I wouldn’t be on the receiving end of any of the results. I wouldn’t gain from Biden’s expansion of healthcare; I wouldn’t benefit from Trump’s promises to fix student loans.

And yet, there was a definite feeling that the results of this election would hugely impact the wider world, Ireland very much included.

Donald Trump’s fostering of conspiracy theories has filtered not just through America, but through the world. In a 2017 interview with former Arkansas Governor Mike Huckabee, Donald Trump said “I think one of the greatest of all terms I’ve come up with is ‘fake’.

Of course, he didn’t create the word fake, but he created the culture of it. Fake news, Fake polls, Fake stories, even fake hair.

Even he himself has been a victim of the pandemic of ‘fake news’; earlier last month Trump retweeted a headline “Twitter Shuts Down Entire Network To Slow Spread Of Negative Biden News”. His observation that this “has never been done before in history” was indeed correct, as the story was completely falsified, and had been created by a Twitter page called Babylon Bee, a satirical site whose motto is “Fake news you can trust”.

‘Fake news’, an otherwise unheard of phrase pre-2016 has become common lexicon across the world. In 2017, Fianna Fáil, in what seemed to be a reaction to US politics, proposed to the Dáil to make the promotion of ‘fake news’ a punishment of either five years’ imprisonment or up to a €10,000 fine.

Trump’s utter disregard for fact was perhaps most visible during the onset of the Covid-19 pandemic. From his attempt to defund the Centres for Disease Control in 2017, to retweeting a message that claimed the coronavirus was a coax to repeatedly downplaying the virus itself, his distrust and suspicion of facts speaks volumes.

Anti-mask protests are prime examples of this. While it’s impossible to say whether or not such protests would’ve still occurred in major Irish cities such as Cork, Dublin and even Galway with a Clinton victory way back in 2016, Trump’s views on masks, such as retweeting a message that believed they stood for “social control… [and a] culture of silence, slavery, and social death” in May certainly did not lessen the anti-mask sentiment found throughout the world. From refusing to wear masks, to mocking his opponent Biden for wearing one, Trump has seemingly been dragged kicking and screaming to accepting masks.

Ireland has found herself sandwiched between two very uncertain countries; the United Kingdom as it navigates Brexit, and America as it navigates a polarized country of extremes. The effect of balancing stability between two unpredictable countries was clear at the most recent Irish election. For better or for worse, parties and politicians who distanced themselves from the established Irish politics arguably swept the election, such as the Green Party, Social Democrats and Sinn Féin, the latter of which nearly doubled their first preference votes from 13.8% in 2016 to 24.5% in 2020.

While discourse and change within politics is a healthy and a good thing in moderation, the extreme anti-establishment nature of Trump’s administration is destabilising America, as seen in the numerous riots and protests occurring throughout the last four years. Even in very recent news, Trump’s constant efforts to undermine the election process and his refusal to accept its results speaks of unknown dangers for other countries. By doing so, he is placing himself above democracy, inviting other leaders to question their country’s voting system if they’re not getting the result they want.

Of course, I haven’t even touched on the wider impacts of this American election in terms of climate change, a very real influence on Ireland and the world. One of Biden’s main campaign promises is committing $2 trillion funding clean energy, a policy which would not just abate climate change but would stimulate the economy. In comparison America, under Trump leadership, officially withdrew from the 2015 Paris Climate Agreement the day after the election.

This US election, while obviously focused on America, will create a ripple effect that will be felt throughout the world for the next four years, Ireland being no exception.

And with that thought I finally managed to get to sleep.