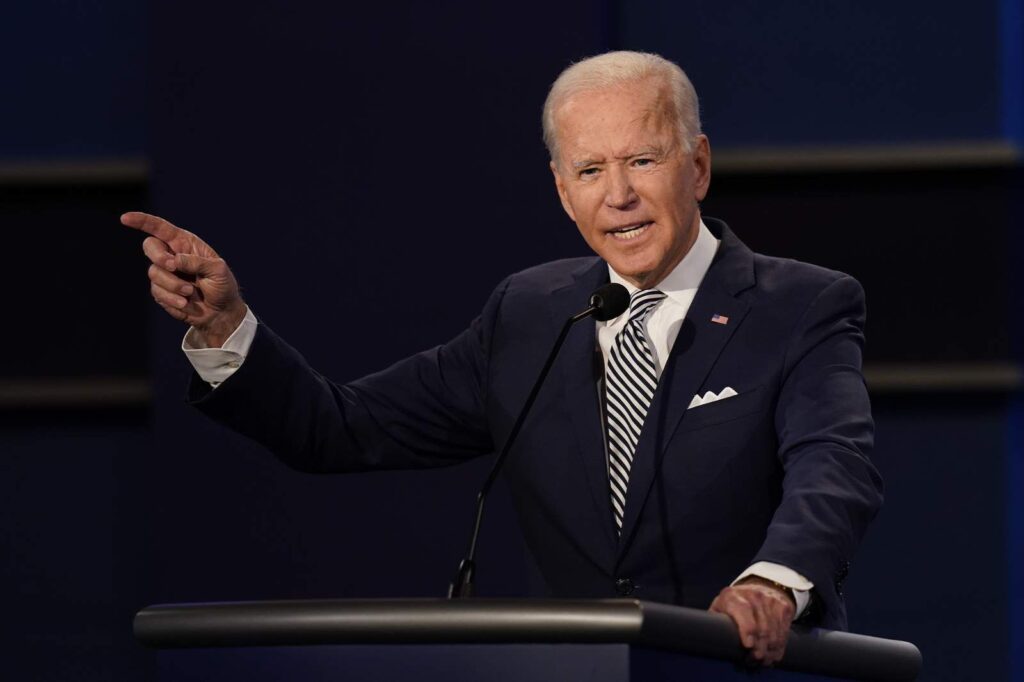 With the US election taking place within days on November 3rd , SIN spoke to Larry Donnelly an NUI Galway Law Lecturer, Boston Attorney and political columnist with the Journal.ie to get a proper insight into how this US election will unfold. This US election has seemed to grip the world’s attention compared to recent US elections even more than the 2016 US election, with all eyes firmly fixed to November 3rd to see if Donald Trump can pull off a David vs Goliath comeback to win a second term as US President.

Asked if there has ever been a more important election in US history than Trump’s November showdown with Obama’s former Vice-President. Larry said;

‘People almost say this every four years, that this is a hugely significant election, I think it probably is. I think that because of Trump’s Presidency which has been unprecedented in so many ways that the eyes of the world are on America. I think the pandemic and the administration’s arguable mishandling of the pandemic adds another significant element to it so there’s no doubt that it is a very important election. I think a lot of people are watching to see if America is going to continue down the path Trump has set, or whether it’s going to revert to form.”

An outsider looking in would see that America seems to be almost split as a nation into two different camps. When asked if the most important task the next US president will face is to heal the nation Donnelly thinks that Joe Biden is the only one of the two candidates to be able to do this;

‘I think if Biden is elected president that will be part of the work that he has to do but if Donald Trump is re-elected, I don’t think that will happen, I think that arguably some of these divisions might grow greater.”

“I think it’s worth looking back to when Donald Trump was first elected the reality is some of the things, he said in the campaign that he was going to do were actually unifying themes. Things like not starting any more foreign military entanglements, most Americans agreed with that, or rebuilding American infrastructure again most Americans agreed with that but those kind of unifying themes have been overwhelmed by a lot of his other rhetoric whether it’s about immigration or about some of the far-right groups in the United States so in many ways some of the things he said he was going to do he either hasn’t done or have been downplayed in favour of more divisive rhetoric, which I think has been a real shame.”, he said.

Asked if the final debate had changed many voter’s minds or if the public’s mind has already been made up Donnelly’s inkling is that most people’s minds were already made up. ‘My suspicion is that most people’s minds have been made up. The Trump campaign and his allies really thought that the story about Hunter Biden and the emails on this laptop of dubious province would take hold. That this idea that Hunter Biden was using his position to make money that by virtue of being the then vice-president’s son that he was using that role to make money, that his father was in on the gig etc. I don’t think that story really got any traction and I think most Americans have discounted that in the current circumstances.”

“Really, Biden needed to avoid making any big mistakes in the debates. He didn’t make any big mistakes. Some people are saying that his comments about oil and fossil fuel may cost him support in Pennsylvania and other battlegrounds that maybe the case but I’m not so sure but by in large I think that most people in the United States have their minds made up. What’s more 50 million people had already voted in early voting by the time the debate happened.”

One thing Donald Trump has been doing over the course of the campaign has been playing to his support base, but sometimes he’s over played it and has risked alienating the middle voter who took a chance on him in 2016, which Donnelly described as his biggest fault;

“I think that’s been his biggest fault at least in the past two years even going back before the pandemic broke out. He’s been governing and politicking as if he only needs his base, as if that 40% of Americans that are going to vote for him come hell or high water are all that he needs. It seems as if he has forgotten the reality of the 2016 election and there were two groupings, I would say who helped extend his support to the level he needed to win. Those two groupings in the first instance were people who just absolutely despised Hillary Clinton and there is a lot of them, many millions of Americans for whatever reason just never warmed to her. That group voted for Donald Trump not as an endorsement for him but in order to keep Hillary Clinton out of the White House.

“The second grouping I think were an awful lot of women. Donald Trump won the demographic of white women which might surprise readers. I think the main reason he did was because these were typically middle–class and in some cases upper–class people who might not have liked Donald Trump’s persona or the things that he said but when it came to tax policies,

The polls got it very wrong in 2016 and didn’t predict the secret Trump vote, but Donnelly doesn’t predict that this will happen again. He urged people not to pay attention to national polls. ‘I have no doubt that there is a secret Trump vote. I’ve a number of friends who are going to be voting for Donald Trump but would never say it in a professional or even in some social settings because they know the repercussions it could have for them. There certainly is a silent Trump vote, the extent of it though is what I wonder about.”

I believe there is some that they’re missing but I’m just not sure that the polls could be that wide off the mark. What I would say to readers is number one in the context of an American Presidential election, please don’t pay much attention to national polls. National polls actually don’t mean that much because when you look at an American presidential election it maybe one country but it’s actually fifty separate winner takes all elections. What are much more important is polling in the battleground states and when you look at the battleground states I would encourage people to not to look at any single poll but instead go to RealClearPolitics.com which is a non-partisan aggregator of all polling data to account for outlining polls and to base any analysis that they’re going to make on that data’.

The NUI Galway lecturer pointed particularly to the states of Florida and Pennsylvania as crucial to the dynamic of the election;

“The game doesn’t change, the dynamics of this campaign are unprecedented in many respects, but the game doesn’t change. As a first point I don’t see any path to victory for Donald Trump unless he again wins the state of Florida. If Trump doesn’t win Florida, I believe the election is over. I also think it is very worth while paying attention to Pennsylvania. If Joe Biden were to lose Pennsylvania, then this thing takes on a whole new life.

“A lot of our predictions and a lot of those of us that think Biden is going to win is very much predicated on the fact that he’ll win Pennsylvania a state that Donald Trump took by a tiny margin last time around..”

After backing Hillary Clinton in 2016 Donnelly is hesitant to predict a winner this time around because of the element of uncertainty you get with Donald Trump but ultimately thinks that Biden will come out on top;

‘Look I think all of us are reticent to make predictions. Last time around I predicted pretty strenuously that Hillary Clinton would win the election.

This time around my suspicion is that Biden will win. I think over the last four years for a key segment of Americans which we talked about earlier those soft Trump voters or people who may have voted against Hillary but never thought Trump was as bad as his enemies portrayed him to be I think in their minds after four years of toxic tweets, distinctly unpresidential behaviour, of downplaying and minimising the pandemic.  I think enough of them voters are going to say they’ve had enough of this and we’re going to want to move on so to that extent my guess is that it’ll be Joe Biden, but I certainly wouldn’t rule Donald Trump out’.