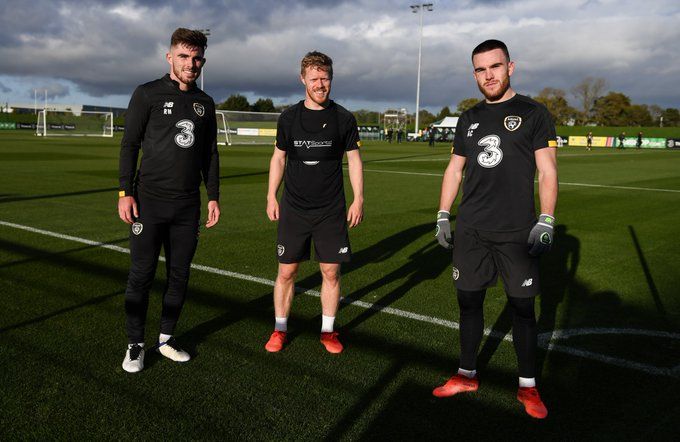 The top leagues of English football are back, and despite the fact that only a few games have been played, the objectives of many sides have been made clear.  Many men from the banks of the Corrib will be looking to make their mark as sides gear up for title or promotion tilts, or indeed the battle to avoid the dreaded drop into the lower leagues.  Here, we detail how they have fared in the opening few fixtures of their respective league and League Cup seasons.

The Oranmore youngster enjoyed a strong breakout season at the Amex Stadium, making himself a fixture in the Seagulls side and notching thrice in the Premier League as well as netting in the League Cup in a 2-1 win over Bristol Rovers.

Connolly will be looking to cement himself as a first name on Graham Potter’s team-sheet, and has made a good start to the 2020-21 campaign, scoring the third goal as Brighton romped to a 3-0 win over Newcastle United on the road at St James’ Park.

Cunningham is entering his third season in South Wales, and will be looking to put some torrid injury struggles behind him as he faces into Cardiff City’s second successive season in England’s second tier.  Cunningham has it all to do to make it back into the squad, despite starting in a home match vs Reading before the international break.  The full-back, formerly of Mervue United, played 90 minutes before being subbed off in a 2-1 defeat.

29-year-old Cunningham will be looking to impress potential suitors as he reaches the end of his contract with The Bluebirds next Summer.  Cunningham also featured in a 2-1 Carabao Cup defeat against Northampton Town.

Wycombe are up there as one of the most intriguing side’s in the Championship this season, and Galwegian Daryl Horgan is a recent addition to the side from Adams Park.  Horgan joined Wycombe off the back of a stint in the Scottish Premier League with Hibernian, and has been a regular starter for Wycombe in their historic first season following promotion from League One.

It’s been a difficult start to Horgan’s second spell in the Championship, with neither himself nor his side managing to find the net in their opening four fixtures.  Horgan was the sole Wycombe scorer in their Carabao Cup clash vs Brentford, which the men in sky blue lost on penalties.

The youthful Manning had a decent spell at QPR last season, chipping in with five goals in 44 appearances last season as his side finished slap bang in the middle of the league table. R’s manager Mark Warburton has strengthened the midfield in the transfer window however, with the likes of George Thomas and Luke Amos coming in the door from the Premier League.

Unfortunately, budding prospect Manning has found game time hard to come by so far, with his only appearance coming in the Carabao Cup loss against Plymouth Argyle.  Manning netted in that game, however and will be hoping to build on his good performance as he bids to earn his stripes this season in West London.