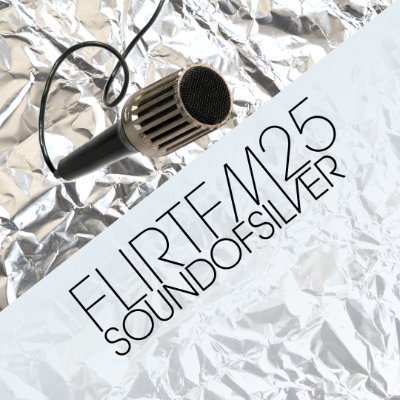 Flirt FM was set up in 1995 as part of a pilot scheme in community radio run by the Independent Radio and Television commission. It was one of eleven stations in the scheme, and one of four that were run by Third-Level institutions. It was spear-headed by the Radio Society in NUI Galway, University Campus Galway back then, which had formed in 1993 with the intention of setting up a permanent student station in Galway. Then in 1995, the commission granted four ‘special interest’ radio licenses to Dublin, Limerick, Cork, and Galway.

Flirt FM is currently one of 21 community radio stations in Ireland today, and SIN spoke to Paula Healy, current station manager at Flirt Fm, about the colossal achievement of making it to 25 years of broadcasting.

Paula is of course referring to the Coronavirus pandemic, and the lockdown which started in March, that meant the Flirt Fm team lost access to their studios due to Aras na Mac Léinn being used as a HSE testing centre.

However, volunteers pulled together, pre-recording shows from home to go out on air and keeping the show on the road.

“There’s going to be none of the usual things we do to celebrate,” Paula continues, saying that “there’ll be no pints, no meals out and no packing eight people into a studio to a show together.”

“We are doing a 25-hour global broadcast though, and it’ll be nice to hear people’s voices and see their faces (over Zoom), but it will be a strange one. I’m hoping by the 30th Anniversary we’ll be able to cram people into the studios again.”

The 25-hour broadcast came together easily, says Paula, with volunteers actively trying to get involved with the celebrations, a testament to Flirt FM’s legacy and the memories people have from the station. “I was delighted there were so many people in America and Vietnam who got in touch because they’re going to do those weird, middle of the night shifts because it suits their time zones,” she laughs.

“But it is lovely that people are so willing to come back and do things like this because it shows people do still have a grá for it.”

Paula has been a part of the furniture in the studios on-and-off since she started her undergraduate degree in NUI Galway in 1998, taking a hiatus, and then coming back as Assistant Manager in 2005.

She tells SIN about some of her favourite memories of the station from that time. “Michael D. Higgins came to launch the building in 2009, and he wasn’t President at that point, but he was still Michael D., so it was exciting! The photographer taking photos told me to put these massive studio headphones on his head, and we did but it felt so weird- because he is only small, and these headphones were massive on him. That was a bit of a buzz.”

“Another one would have been when I got the broadcasting license submitted- I got the train up to Dublin and when I got to the desk to hand it in, I was so tired that when I was Instagramming it, instead of being like YAY! I was more like, yaaaay. I was so tired,” she laughs.

Paula also recalls the time that herself and Alan Meaney, former Assistant Manager of Flirt FM, took part in a nineties vs noughties DJ set in the Róisín Dubh for a silent disco, and they were the noughties, lobbing Beyoncé and the works on throughout the night. That, and all the countless times they have had people sitting around the studios having coffee and chats, are some of her favourite memories.

Flirt FM is known for honing creative talent in the studios, giving students their first steps into radio, and showing them the ropes. There have been thousands of students trained in over the years.

Still, Paula feels that community radio is sometimes not given the recognition it deserves. “It’s frustrating when you hear ads going out [on commercial stations]- the HSE have taken ads out on community stations which is great- because Community Radio is so important as part of the conversation about keeping people safe. You hear adverts from the RSA, too, and it’s like why couldn’t that have been broadcasted on a Community Station?”

“Every Community Radio manager around the country is firefighting, struggling for the life of their station and it is so hard to push out what you do. But Community Radio stations are also covering what nobody else in the country is covering- we are the third strand of media in Ireland- and as a result, I feel we are sometimes overlooked.”

Paula and the Flirt FM team are looking forward to the future and getting on with the new normal, albeit socially distanced for the foreseeable. When asked about plans, Paula says, “The University is changing, and so is the campus. There is loads more students and different courses. “I’d like to see more science-based broadcasting. The station is poised as a University-College Radio Station and we have the potential to put out scientifically backed up broadcasting and have it where people come to us for that information.”

“Apart from that, we’re just going to keep going as we are. Training is moved online, but I feel like there is huge potential there for accessibility for the likes of students in Shannon College or up in Mayo, or even for the student who is commuting one-day a week for lectures. What I want is to reach out and pull people in, wherever they may be.”

“I think the key thing is in the next year or two, is keeping up the sense that Flirt FM is a hub and a community, and that people feel like it is their station. No matter what hurdles we face, I want people to feel like the station is one of the constants,” she finished.