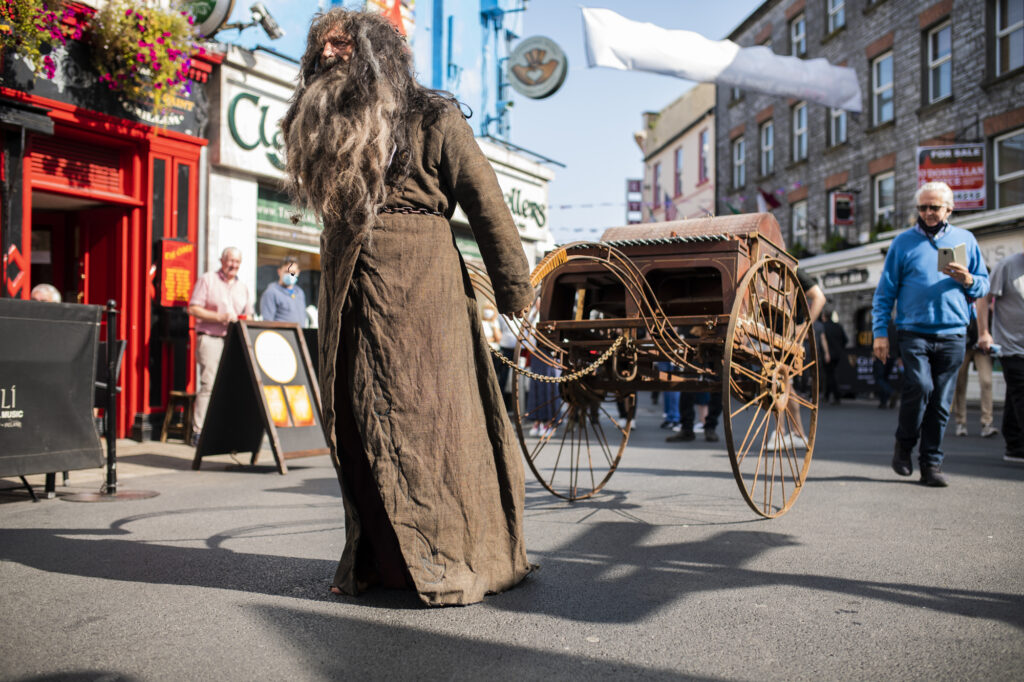 Last year Macnas celebrated its 33rd anniversary by wreaking havoc out onto the streets of Galway city during the spooky month of October, a couple of days prior to Halloween, but this year the locals will not see an annual parade.

Instead, the masters of storytelling will cause their mischief online and although this year will prove to be a completely alien experience in regards to another parade cancellation, people are still grateful that Macnas have found a way around the  Covid restrictions to celebrate and perform their epic and strange tale.

SIN spoke with Macnas’s Executive Producer, Brídín Murphy Mitchell who gave some insight into what is in store for Macnas 2020.

“Unfortunately, due to the Covid restrictions, it won’t be possible for Macnas to stage our usual parade anytime soon as it always attracts crowds of 60,000 plus onto the streets.”

“However, we do have an exciting project called Gilgamesh unfolding over the next six months. Gilgamesh is the world’s first hero’s journey, and originated in Mesopotamia and is the earliest surviving work of imaginative literature written on 12 stone tablets over 3,000 years ago” 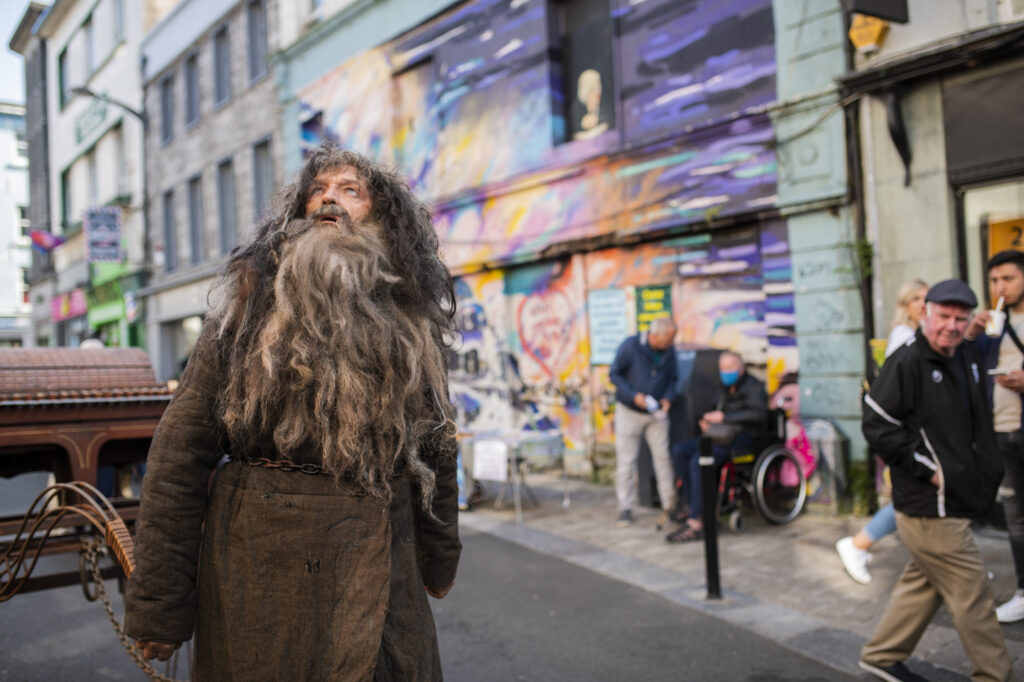 Brídín also shared the news about Macnas 2020 with information regarding what to expect from their project,

“The story centres on Gilgamesh which will be a dramatic new interpretation of the world’s oldest story, a young tyrannical king who rules the majestic city of Uruk. He is a superhuman meaning he is two -thirds god and one-third man and is obsessed with fame. Gilgamesh, being a cruel and unjust king wants to find the secret to immortality to become a god and live forever. The citizens of Uruk cry out to the gods for help.

In turn, the gods listen and create a wild man sent to challenge and rival Gilgamesh by the name of Enkidu. Along the way, one will encounter monsters, marvels, creatures, and gods in a story which explores contemporary themes of human relationships, power, corruption, loneliness, friendship, love, loss, revenge, mortality, and death.

Gilgamesh will come alive on screens in the west of Ireland, and burst onto the streets of Galway city and county where audiences can also experience the adventure live and follow the story out into the wilds of rural Galway in December, before playing out in the Black Box Theatre in March 2021”

Speaking about the event Galway 2020 European Capital of Culture CEO, Patricia Philbin, said “Macnas is a formidable company that has always been exciting and ambitious, pushing the boundaries of theatre and storytelling. Gilgamesh is a project which challenges these possibilities even further, working in a new way and exploring new platforms. We are excited to see it unfold across Galway and online as part of our European Capital of Culture celebrations. Audiences are in for a treat”.

However, with great appreciation from Macnas fans towards its organisers for hosting the event online, there also comes a great deal of disappointment due to the parade’s cancellation.

Individuals young and old have always expressed a huge interest in Macnas in the years previous, and with that interest it has sparked growing curiosity among Galway’s locals in the city centre, rural areas and beyond, who converge onto the city every October to look on at these mischievous performances.

Although the experience won’t be the same as watching the parade in person, the online experience will be just as enjoyable; Macnas wouldn’t dare to disappoint its audience.