The ball fell to Kelly six yards from the goalmouth, and while her finish was simple, it proved vital as the girls in black ensured progression to the last-four in Eamonn Deacy Park.

It was a game which had everything, and a neutral would’ve got great value for their fare, however it will be little consolation to the hosts, who leave empty handed.

It took Galway all of 13 minutes to surge ahead after a sumptuous corner from Lynsey McKey.  McKey found herself in space on the left flank before releasing a shot towards the near corner, which Wexford net-minder Ciamh Grant saved smartly.

However, there was little Grant could do about Meabh De Burca’s header, who rose highest to nod home following McKey’s pinpoint delivery.

Tom Elmes’ charges responded well to such a hammer blow when the game was in its infancy, and continued to commit people to pressing Galway in possession; in a manner not too dissimilar from the hosts in the Treaty game last Saturday.

The opening half an hour was quiet for Amanda Budden between the sticks and she had little to do with thirty minutes on the clock. That was about to change however, as the visitors from the Model County piled on the pressure in a bid to level proceedings.

The first attempt in the Wexford barrage fell the way of Vanessa Ogbonna 35 minutes in after a whipped delivery from Ciara Rossiter, however the first-time shot lacked accuracy.  Ogbonna turned the provider only moments later for skipper Kylie Murphy, whose looping header brought the first Budden save of the day. Budden’s sharpness was on full display as she tipped over.

Budden was also out to claim the resulting corner, but that did little to stem the tide, and the Wexford leveller wasn’t long coming in some style.

A Youths corner from Aoibheann Clancy was sprayed out to Rossiter around the half-way line, and the Wexford woman produced a wonder-strike from the middle of pitch past Budden to bring the sides back level in a goal that could grace any arena.

Galway would’ve been looking to get back into the dressing room unscathed at the changeover after the setback, however it would be them heading in in arrears after a late hammer blow.

Ogbonna was played in with a deft ball over the back-line of the Tribeswomen, and when faced with a one-on-one opportunity made no mistake with a well-placed strike into the bottom left corner on the cusp of half-time to race ahead.

Galway were the side causing the threats from the off in the second half, and the pressure told in the 64th minute, after Jaime Turrentine’s sublime curling effort.

The American midfielder Turrentine received the ball from a throw-in before turning on a sixpence and unleashing a curler from long distance to beat the ‘keeper at the far post and draw Wexford blood for the second time. 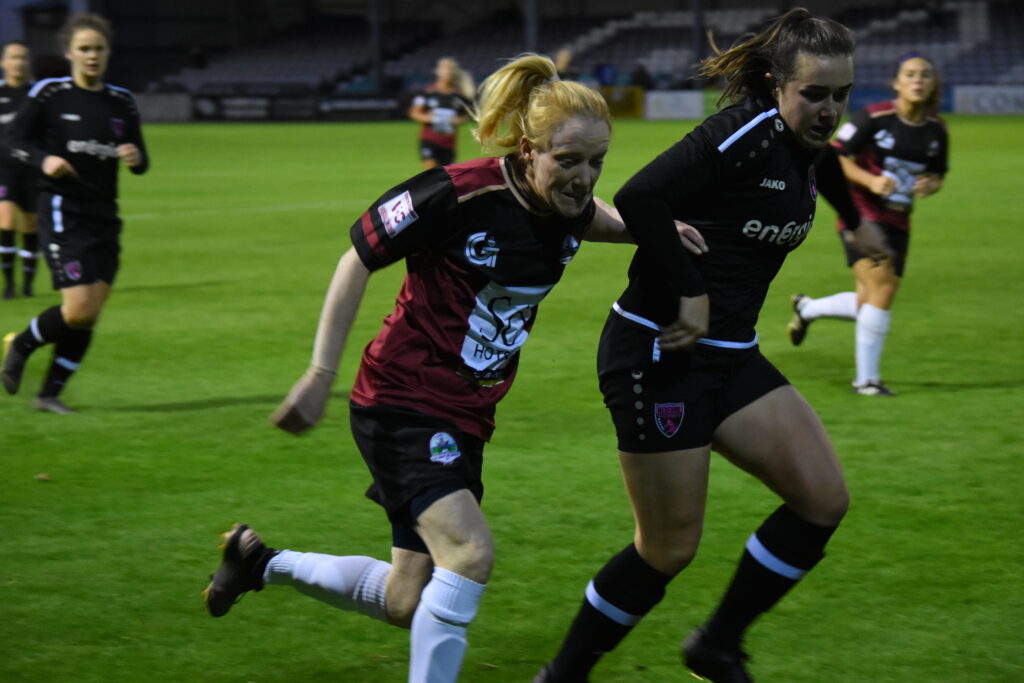 Gray showed superb reflexes to make sure her net wouldn’t be rippled a third time after a powerful Aoife Thompson effort, which took a strong deflection as it sailed goalwards.

The following exchanges were helter-skelter, with the fans treated to cracking drama as both sides went all out to attain the vital score.  It almost came in the 78th minute after fantastic interplay from the Away side, however Galway’s defence held firm to block out.

The same couldn’t be said in the 80th minute, when sub Lauren Kelly found herself unmarked and in prime position six yards out to tuck away, leaving Billy Clery’s girls with a mountain to climb as the clock inched towards the red.

Galway were committing bodies to the attack looking for the vital moment, and it did leave them susceptible, however the last-ditch defending from Galway looked like it would be enough.

Their attack just couldn’t do enough, however and it would be the Wexford faithful heading home happy with their lot.

Galway travel to Cork City next week, while Wexford Youths make the journey to the capital to face DLR Waves next Saturday. 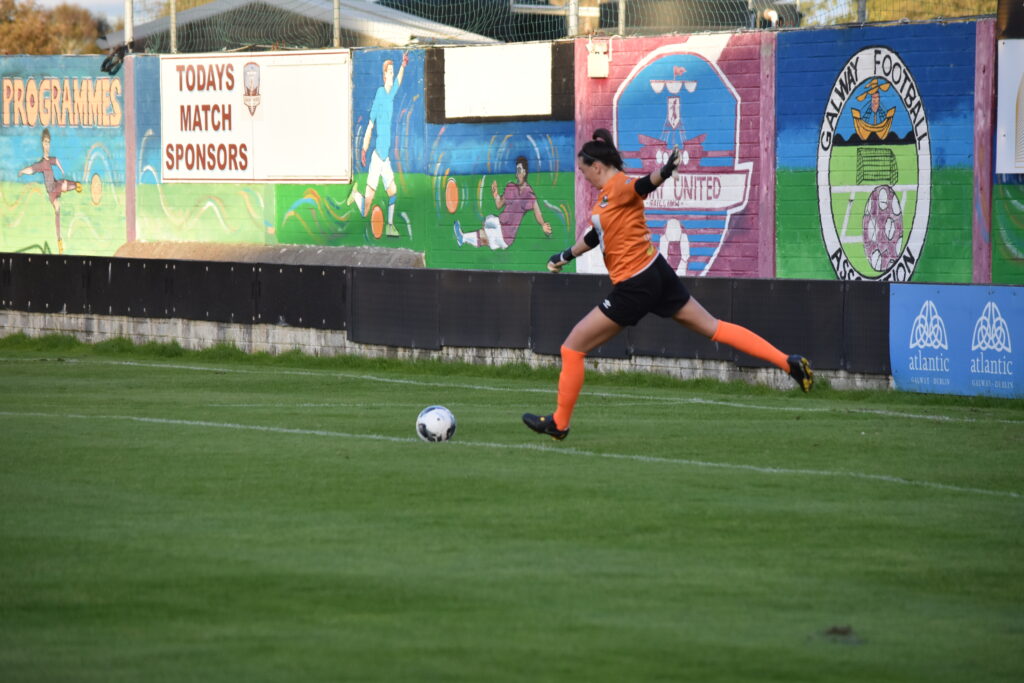