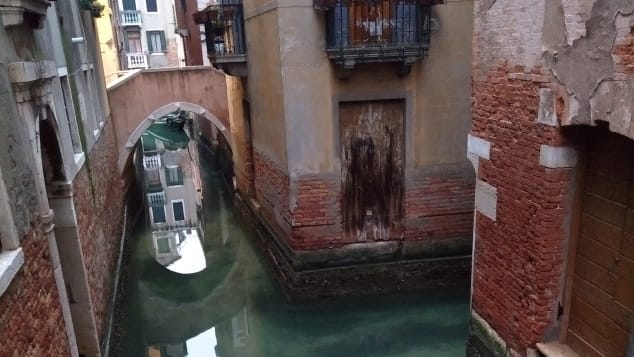 With the current global public health crisis caused by COVID-19, it is easy to see nothing around us but catastrophe. Millions placed in a precarious financial position due to the closure of businesses and the potential for another global economic downturn. Borders closing. The suffocation and constriction of social isolation and the danger facing all of us from a virus for which it might take us months to develop a vaccine. But there has been one notable upside to all this.

The canals of Venice have emptied of pollutants, with locals claiming the waters are cleaner now than they have been for 60 years. Animals have been reclaiming spaces where humans had driven them out, both on land and at sea. Air pollution worldwide has decreased dramatically as manufacturing has slowed and the world’s commercial airlines have been forced to keep their planes on the ground. With humans dramatically reducing their influence on the environment to stem the spread of COVID-19, nature has been working to tip the balance back more evenly in her favour.

The positive impacts that our retreat from the world are having on our environment are the starkest warning that when this current crisis starts to pass, we cannot simply return to business as usual, because both climate change and disease have something in common. Neither will discriminate when it comes to who they will affect. They are not things that care who they kill. There is also the possibility of a link between the two, as humans continue to interfere and damage environments, forcing species into closer contact with humans and thus creating the potential for diseases to transmit from other species to humans, as was the case with diseases such as Ebola, SARS and COVID-19.

There will of course always be jobs that require physical labour and the physical presence of workers, but long commutes for thousands of office workers and students in petrol-guzzling cars  have now been proven to not only be untenable if we are to prevent catastrophic impacts for the world around us, but unnecessary, with the swift adaptation of online learning and work from home policies by institutions and businesses pulling the wool from over our eyes when it comes to the unnecessary pollution our society is churning out daily, not to mention the untold additional hours stolen from the lives of workers and students forced to commute long distances.

When it comes to flights, for example, we must ask ourselves whether the expediency that comes with travelling by plane is worth the irreversible damage it may cause when compared to other albeit slower forms of transport, especially as communications technology and internet access globally continues to improve.

The response of governments around the world to Coronavirus shows us that in the event of an existential threat to their people that they can act, regardless of the limits and red tape that seemed to restrict them from action before. Therefore, there is even less of an excuse, if there ever was one, to not deal with the threats we have created to our planet’s ability to support life. It is the responsibility of all of us to protect each other and to hold ourselves and our public representatives to account for the other dangers that we face, just as we are doing in this current crisis.