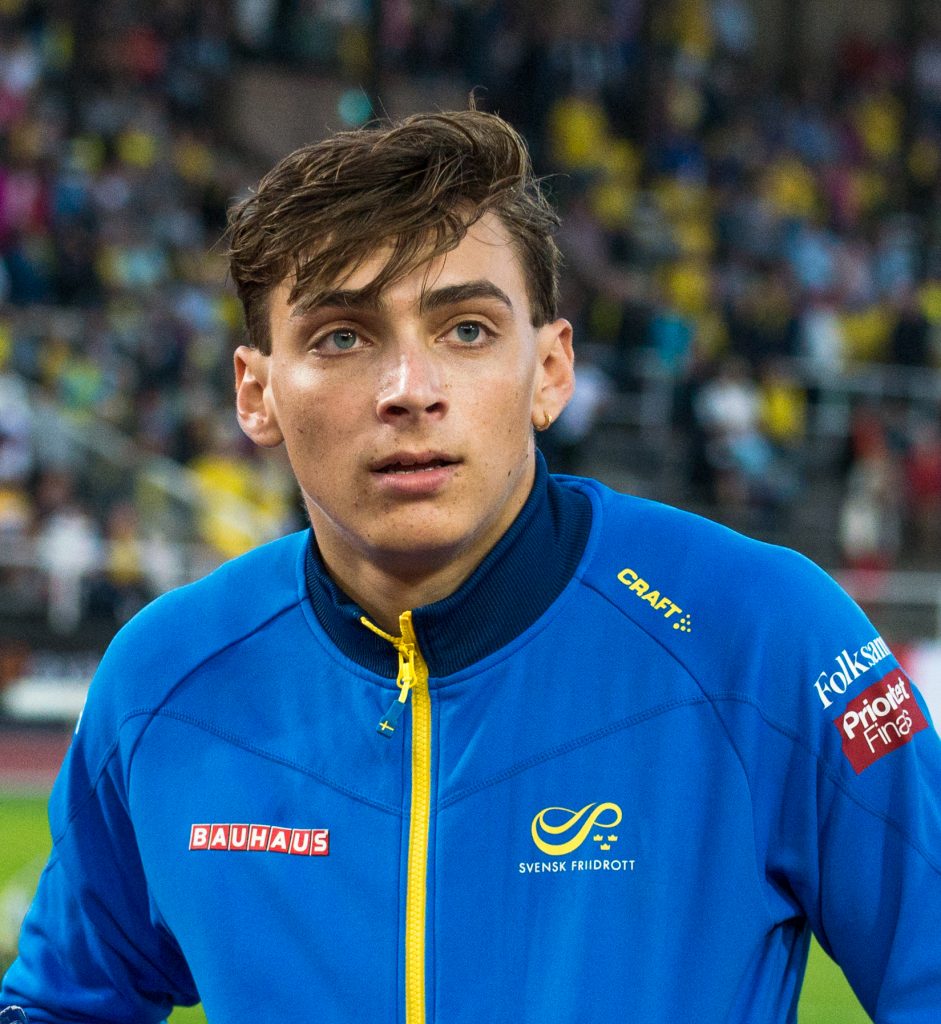 Armand Duplantis broke his own world record in the pole vault when he cleared a phenomenal 6.18 meters at the Indoor World Grand Prix in Glasgow. His previous record of 6.17 was established one week earlier in Poland. Duplantis is an American–born Swedish pole vaulter and is only twenty years old. He is coached by his father Greg, who was a world class pole vaulter himself in the eighties and nineties. Duplantis, who is nicknamed “Mondo”, has apparently been pole vaulting from the age of three. The Duplantis family have a pole vault set up in their back garden in Louisiana.

Duplantis, who was silver medalist at the World Championships last year in Doha, gave an insight into his recent run of form by referencing his decision to turn professional and leave university; “I wasn’t going out every night, but I tried not to let athletics overpower me where I couldn’t live any life.” Whilst he collected $30,000 for the achievement, when he spoke to the BBC, his focus seemed to be on Tokyo and moreover the outdoor season. “I am excited for the outdoor season. The Olympics is the biggest thing an athlete can compete in and that is when I want to be at my best.”

Duplantis seemingly has the formula to entertain and draw attention to his event, through pace and confidence. He is part of a new wave of young athletes bursting on to the athletic circuit. Sergey Bubka, the former Ukrainian Pole Vaulter, broke the world record numerous times and also claimed Olympic gold and numerous World Championships. He has called Duplantis “A beautiful talent” and has praised him for drawing attention to the sport. Like with any young prodigy, a lot of pressure is being heaped on his shoulders, particularly because athletics is still looking for the next Bolt. “The position I am in I never really imagined, people talking about me leading the whole sport of track and field? I am just a pole vaulter; it is such a strange and unique event.”

It certainly runs in the family. He talks often about his two brothers, one of which is currently playing baseball with the New York Jets and his younger sister, who, according to their mother Helena, has an impressive personal best of 3.58 meters.

Renaud Lavillenie, the previous world record holder, is somewhat of a mentor for Mondo. In a short documentary, Duplantis recalls going to see Lavillenie and hoping for a picture, only to first be up against him a mere three years later.

It sets things up nicely for the Olympics, as the American Sam Kendricks will want to make Duplantis wait a little longer for Olympic gold after Kendricks took gold in the World Championships last year. The field events across the board will be really competitive, including the heptathlon and decathlon. Whilst we may never see the likes of Bolt again, there is no shortage of superstars coming through. We will certainly be hearing a lot more about this young man, as his charisma and talent have already been celebrated on the world stage.  His last Instagram post after the world record is a picture of him with the crowd and a caption that speaks to his youth and ambition “Here’s to the ones who dream.”