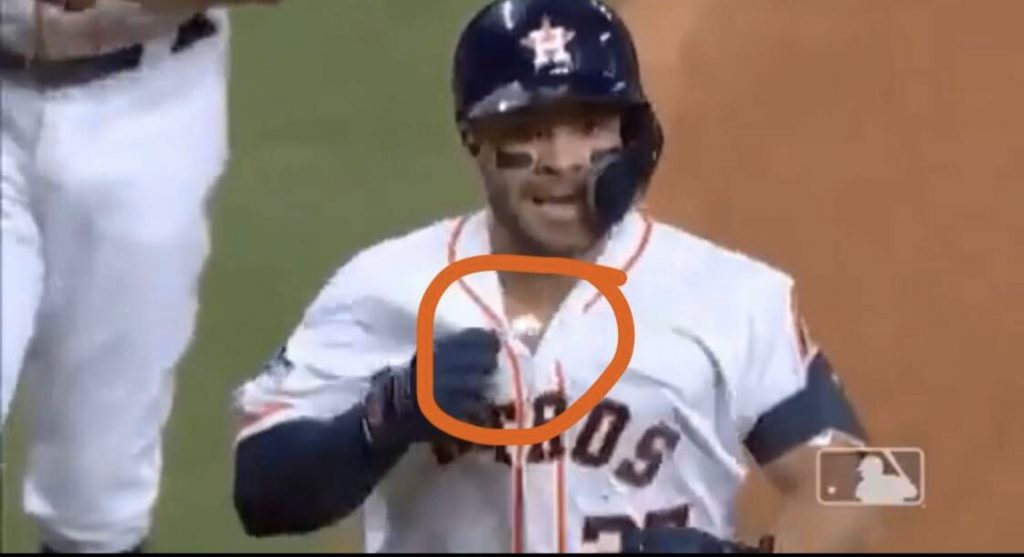 Baseball can be something of a slog at times. 162 regular season games, which can often last upwards of five hours. But the payoff is nothing short of amazing. Every pitch thrown has the potential to connect sweetly with the bat and go far. Every hit is a chance at a stunning defensive play, pure poetry in motion.

It is an edge of your seat chess match, and the tension is only heightened when the playoffs arrive, when the stakes are at their highest. The stunning throw from Kris Bryant to win the 2016 World Series and end the Cubs’ 108-year drought was a moment that will live on forever. Plays like that are priceless. They’re the very reason we watch America’s pastime from all over the world.

José Altuve’s two-run walk off homer to topple the mighty New York Yankees in the 2019 ALCS was one of those moments. Game 6, the Houston Astros with a 3-2 series lead. American League Reliever of the Year Aroldis Chapman is on the mound with a 2-1 count at the bottom of the 9th.

The ballgame is tied at 4, the Yankees have two outs and Houston doesn’t have much on deck. If Altuve and the Astros want to go to the World Series and avoid Game 7, they need to score now. Then, Chapman drops in an 84mph slider and the 5’6” Altuve unleashes power no man that size has any right possessing. 6-4 Astros. Game over.

The Astros may have lost that World Series to the Washington Nationals, but that play from Altuve would have gone down in legend as one the very greatest postseason finishes in the history of the majors. That is all for naught, now that Houston has been caught out for stealing their opponents signs at their home games.

This method of cheating allowed Houston’s staff to see the opposing catcher’s signal to his pitcher. They would then communicate the sign to the batter on homeplate, who knew exactly what pitch to expect.

Ex-Astros pitcher Mike Fiers blew the whistle on his former team, which led to a league investigation that found the team was stealing signs for the entire 2017 season and part of the 2018 season. But who’s to say this didn’t continue into the rest of the 2018 season and beyond? Why stop cheating until you get caught?

Regardless, the 2017 season, in which Houston won its first World Series in franchise history, is utterly tainted. They returned to the ALCS the following year, which is also somewhat dubious. 2019 saw a second AL Pennant in three years.

Are we really to believe that the team’s success was maintained through 2018 and 2019 but they just decided to stop stealing signs? This entire era of Houston baseball carries an asterisk now. Including Altuve’s game-winning home run. A rare nugget of gold that has been stolen from baseball fans, just like the Houston Astros stole a World Series from the L.A. Dodgers in 2017.

MLB Commissioner Rob Manfred has failed to properly exact punishment on the Astros. They’ve been fined $5 million, their GM and manager both suspended and since fired. Their first-round picks for 2020 and 2021 have been stripped. It’s not enough.

The World Series win needs to be struck from the record. The sport of baseball has only just emerged from the shadow of the steroid era. The Hall of Fame has thus far avoided honouring those found guilty, including all-time home run leader Barry Bonds. This time, it’s the responsibility of the league to make sure the achievements of cheaters are taken away.

The Commissioner’s Trophy is sacred. The Houston Astros should be stripped of theirs to keep it that way. The silverware, the sport and moments of playoff glory must be protected against those that disrespect them.