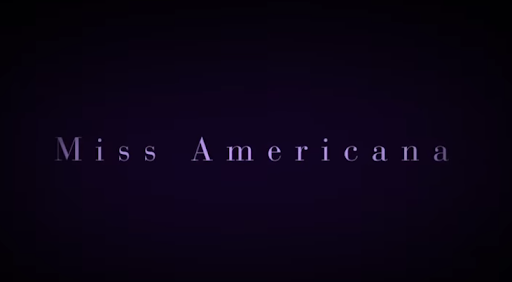 I have sat and watched Miss Americana several times and I can only say it shows Taylor Swift in a whole new light. We see her spending time with her family and her boyfriend and showing her vulnerable side. She says she loves praise and applause and cannot deal with negativity. We also see her take on the formidable Marsha Blackburn, a politician who is anti-women’s rights.

We catch a glimpse of her little kitten Benjamin Button and also Olivia, who she carries around in a see–through backpack. Also, we get some of idea of the incredibly lavish lifestyle Taylor leads. Private jets, enormous mansions, yet she is not immune to heartbreak. We learn her mom had cancer and all of Taylor’s mistakes are made public and not easily forgiven. Her father admits he is “terrified” about her giving her political opinion and her mother even says she is “worried about her safety”. They don’t want people to stop coming to her concerts. Her father even said he bought bulletproof vehicles. This is, after all, America.

I did feel that the documentary did a lot of chopping and changing between scenes and Taylor didn’t admit anything too deep. She did, however, admit to suffering from an eating disorder and over-analysing pictures of herself. It is important that she tackled real issues and, of course, it was an opportunity for her to showcase new music. I really loved ‘Only the young’. It was about the 3 million Americans who were about to turn 18 in the next few years and they can go out and vote and overthrow Marsha Blackburn. To be honest, Marsha made my blood boil and I cannot see how anybody could vote against protecting women and the LGBTQ+ community.

I loved her costumes, especially the silver “glitter ball” costume that only Taylor could pull off. I was amazed to see the reaction of the crowd when she leaves her apartment and Taylor gets in the car and says, “I’m highly aware that was not normal”. There was no sign of her brother Austin in this clip, but it does feature her best friend Abigail, as the two sit down for a meal and glass of wine.

I am always in awe of how many people turn up for her shows and that she sells out stadiums. Miss Americana follows Taylor’s life from a child prodigy to a super star. She reads extract from her journals as a child. There is also no mention of Scott Borchetta who discovered her. It is a very carefully constructed documentary that is designed to give Taylor’s side of the story, without giving too much away. I was glad to see she talked about the sexual assault trial, as I think it gives similar victims hope that they too, would be believed.

I’m glad to see she is using her power and influence for the common good.