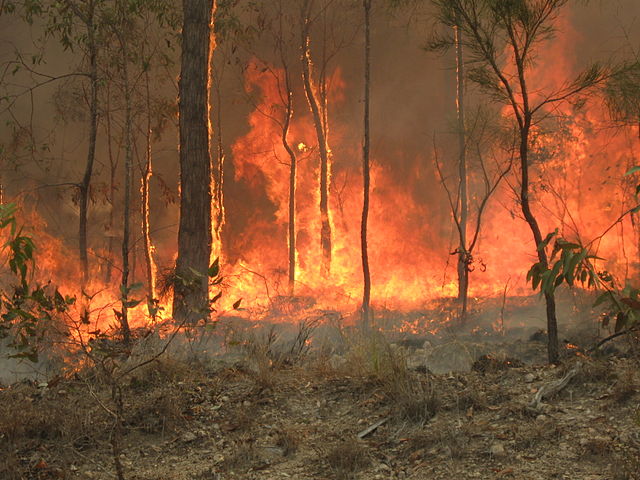 When we think of Australia, what do we think of? Some of us think of the scorching sun, or the incredible tourist attractions like the Sydney Opera House, while the rest of us think of the animals they have over there, animals we wouldn’t normally see in a temperate climate country like Ireland. The closest some of us come to see these beautiful creatures is online through YouTube videos or Google images, while the luckier part of us gets to venture to Australia and witness how captivating these unique animals are in person. However, what if one day we didn’t get to see these beautiful animals in person or that their pictures on Google are the only memories we have of them? That’s the sad reality in today’s world. We will never see some of those animals again because of the bushfires that are multiplying across the Australian continent, the blazes destroying anything and everything in its path with no mercy shown.

A disturbing and heart-breaking video was shared on Twitter of people passing through Batlow in New South Wales. The landscape was covered with ash and a heavy blanket of smoke along with the charred remains of hundreds of animals. When we watch videos like that, it does take a few minutes to realise that this isn’t a fictional video. It’s real life and it’s happening right now. The wildlife park by the name of Kangaroo Island was evacuated due to the threat of bushfires and 25,000 animals have been feared dead in the wildlife park blaze with many injured and burnt.

Volunteers all over Australia are coming together to save these poor animals. A school hall in the north of Adelaide has set up a tent to accommodate over 100 koala bears who have been burnt, been displaced or are suffering from dehydration. It’s about the little things like that and how such a little thing can actually make a big difference to these animals. If they didn’t have us to take them in and care for them, then they would suffer alone, not knowing what to do to survive. There are over half a billion animals being impacted because of the deadly fires which are scorching national parks, bushland, and forest. Every single area is a place that these animals called home, but not now. Once a habitat is destroyed, then where are they to go? Especially since human interference has taken over a lot of lands that used to be grassland and forest, therefore making it difficult for the species to recolonise in a place that is fit for them to live and breed. An article on CNN shared that over a third of koalas in New South Wales have died and a third of their habitat has been destroyed and that other animals who live in niche environments and have smaller populations may have been wiped out entirely. These animal species include the eastern bristlebird, the mountain pygmy possum and the corroboree frog.

Apparently, wombats have also been impacted because they don’t cope well with stress or heat and they have little stubby legs, which make it hard for them to run fast. There has also been news of koalas and kangaroos being under the threat of extinction because of how their populations stretch all over the Australian continent. In this time of sadness, we pray for Australia, we pray for the people, the volunteers, and the wildlife. How would we feel if we suffered the fate that these poor creatures have to endure at this very moment? Yes, they are animals, but they have similar feelings to humans, they have feelings of fear and happiness and they feel pain. I don’t know about you, but if I was a koala with a bad burn on my tiny paw, I’d love nothing more to be in a volunteer’s arms rather than being left out in the middle of nowhere, ashes, and smoke all around me. At the end of the day, the volunteers are heroes to the wildlife, but for now, all we can do is pray for Australia and hope that they will get through this terrible time.