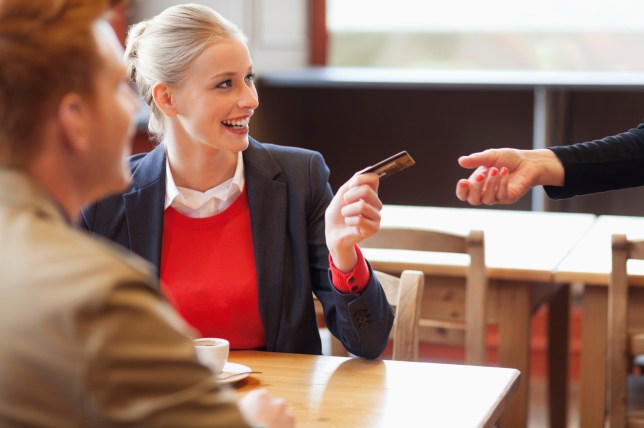 I’m sure we have all been in this awkward situation, the one where we are on a date and it’s nearing the end of the dinner and you and your date reach for your wallets at the same time with the intention of paying for the meal. Has that happened to anyone else, or is it just me? Of course, it’s not just me, it happens to all of us and there’s no stopping it. Trust me, there really is no stopping it. There seems to be this whole controversy over how men should pay for dates and, while most people agree, there is also a healthy portion of those who don’t agree. As someone who studied law for nearly 2 years, I believe in hearing both sides of the argument from a male and female perspective.

Firstly, to give my opinion on the topic, I believe that, although it is a lovely gesture for a man to pay for a first date, I wouldn’t let him. I believe in the whole 50/50 thing, where she pays for half the bill and he pays the other half. It seems fair and, as a fellow Libra, it means that the scales are peacefully balanced and knowing that makes me sleep better at night. Secondly, I decided to conduct a little experiment just for this article and that experiment led me to the app, Yolo, an anonymous question app where anyone can ask you anything through the Snapchat app. Surprisingly enough, my phone nearly exploded with the number of replies that were rolling in when I asked my Snapchat audience, “Should men pay for dates?”. One person replied that it should be 50/50 if the male sets up the date, but if you both planned it previously then both of you should pay, which only seems fair.

Another anonymous person argued that if the date goes well and both parties decide that there will be another date then the man should offer to pay. However, if they aren’t going to continue on to a second date, then the bill should be split, which also seems very fair considering the circumstances if a second date isn’t going to happen in the future. However, there was one anonymous response that really caught my attention and that was, “I know society definitely pressures men to pay for dates, but like other people have said it’s definitely all about the situation and who you’re with. Starting off, I don’t mind paying, but when a relationship develops it’s usually 50/50”. Having a man pay for a first date is quite a nice gesture, we all like to be treated like a lady now and then, but it shouldn’t be a constant occurrence where only men pay for the dates. It’s the sad truth nowadays, where we live in a society where there is this pressure put on men because of the whole social hierarchy. Personally, I don’t listen to any of those theories, I’m all for equality and balance.

There’s one very humorous anecdote I’d like to share with you that’s in relation to this topic. My good friend recently went on a date with a guy from Tinder and I decided to tag along and hide in the background, acting natural with my cup of tea. I had been joking around with her beforehand saying that “If he pays for your food, that will tick a lot of boxes, he will get the seal of approval”. I had honestly no intention of that joke coming true because of how I believed paying on dates should be 50/50. However, to my surprise and the near loss of my cup of tea ending up on the floor, he pulled out €50 and gave it to her so she could buy chicken nuggets. Nuggets are the way to a girl’s heart, don’t argue with that fact.

The topic is up for debate and a lot of arguments will arise from the question, but we are all entitled to our own opinion. While most people are okay with paying, it should get to a certain stage where the scales stop being weighed down on one side and a compromise has to be reached where they take it in turns to pay or the bill is halved. If men want to be gentlemen and pay, then let them, but don’t make it a recurring thing. One thing for sure, if your date gives you money for chicken nuggets, marry him!