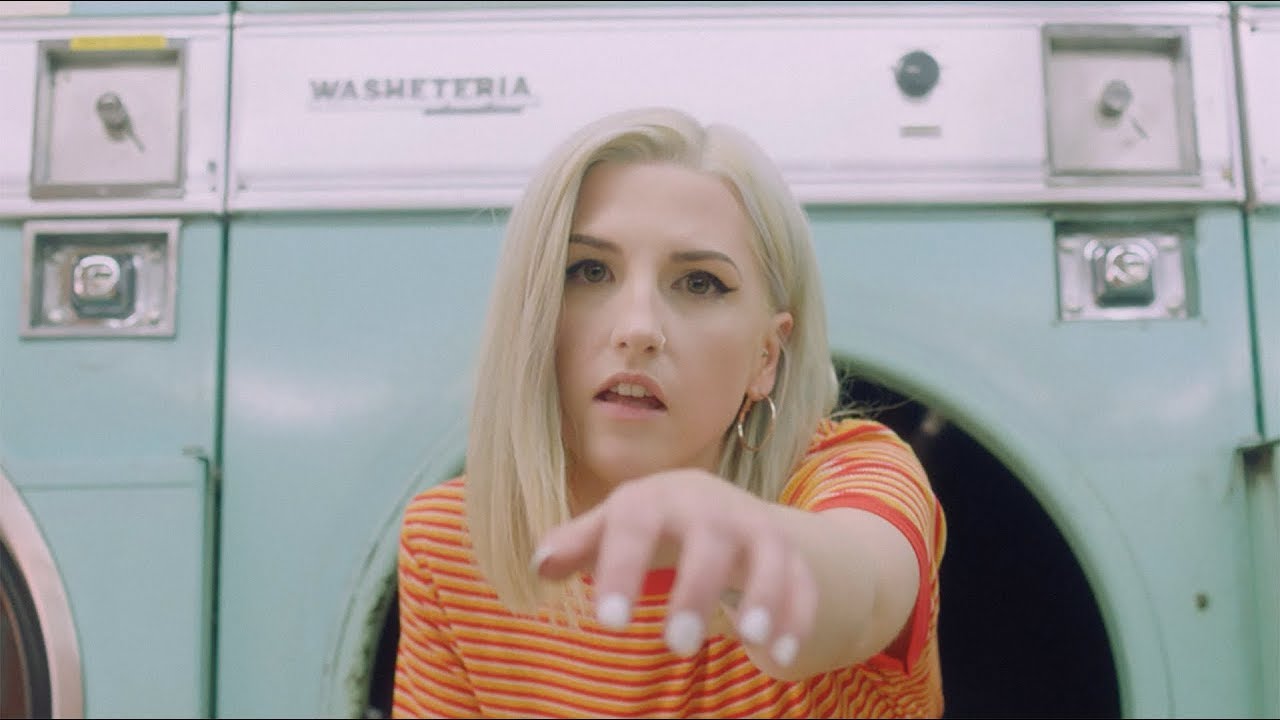 LAOISE is an Electro-Pop singer from Galway, Ireland. Having migrated to Dublin for college over the past few years, she has hit the Irish music scene running with hit Spotify singles such as “Again”, “Mad” and her latest release, “Seriously?”. From the start of the interview, it came as no surprise as to why she chose a life of music, seeing as she was exposed to it from an early age.

“I always had it in my house… My dad played guitar and he would always sing folk tunes. My aunt also always sang, and she played traditional music too, so it was everywhere when I was younger. My older sister then introduced me to a lot of pop music, and a bit more of alternative stuff such as Imogen Heap. It was always around, and I suppose it would have been a bit weird had I not gotten involved.”

Being from Galway, which is a city so full of culture and diversity, Laoise explained where her inspirations came from growing up. “I got so much from Galway while growing up. It’s mad, I was only talking about this the other day when I was on the way back to play in the Róisín Dubh for the RTÉ 2FM gig. Obviously, I’m living in Dublin now, but you never fully appreciate what you have until you leave it.”

“I loved Galway, especially in the summer, when the Arts Festival would come about. However, I never fully appreciated it at the time, and I think it inspires me much more nowadays, which is a bit wild! Even when you’re walking down Quays Street, it’s just so colourful. When I’m writing or singing or listening to music, I hear colour in that music. That inspired me a lot in that sense; when I’m writing I would love to be able to create a song that sounded like Quay Street or like Salthill. I’d love to be able to catch that feeling in a song”.

Speaking about her experience supporting The Coronas in both Wexford and Sligo in October, she reminisced on how much it meant to her. “The Coronas have always been there while I was growing up. I’m only twenty-two, but their music has always been around for as long as I can remember. It was such an honour to go and play with them on tour, and magical just to even get to meet the guys.”

“They were all so lovely, and each of them were such pros. I learned so much just by even getting to see them do their sound-check, and the crowds that came were so much fun. The lads were good craic, and they got everyone pizza- it was the dream!”

Unapologetic, Laoise tries to lay things bare through her song-writing. “My first couple of releases sound like a completely different person wrote them. I rarely listen to them anymore, and it’s almost as if I avoid them. I was definitely a lot vaguer in my song-writing and I feel like it was like I was hiding behind a metaphor and not really singing what I wanted to say.”

“I feel like as I’ve gotten older and now that I’m going through college and finding new people who I could be friends with has helped a lot. I think all the music I’ve ever loved has had a story and expressed what I couldn’t. I’m just trying to make something that’ll make me feel better and in doing so, it could resonate with someone else. That is why I’m doing this.”

What’s her favourite song to sing live? “It’s probably either Again or Seriously? Seriously? is good because the crowd absolutely love screaming and that is good one to get it all out in,” she laughed.

Laoise is playing Lost Lane Dublin on the 12th of November, a week before this interview comes out. She detailed her excitement for the headliner, saying, “I’m buzzing. I’m baking! I’m going to make brownies for everyone! This is the most work I’ve put into a headline gig ever before; I have a whiteboard downstairs with about a thousand boxes to check.”

“Lost Lane is a beautiful venue and it’s nice to come off a festival run with a more intimate gig to look forward to. I love festivals, and I get to meet fans the whole time through that, but there’s something very emotional playing a headline show because people are coming just to see you because they know who you are.”

She also revealed plans for new releases in the upcoming year. “I have a few things planned. I wanted to take a little step back from releasing because I was playing live so much, and I didn’t have time to write as much. I’ve started writing different stuff again; I feel like every year I shape-shift into something new which is good because otherwise I would get bored.”

“During 2020, I want to release a lot, but I want to make sure it’s right. There was a time there for a while I was panicking because I didn’t feel like I was releasing enough. Maggie Rodgers once said herself that there is so much pressure on output and not enough respect for the process and I think that resonated with me a lot. I’m taking my time to find my new feet, and I think this is definitely the best song-writing I’ve ever done as a result.”

Finally, with Christmas coming up, Laoise told SIN what her go-to thing to do on Christmas Eve. “Sit around and drink Baileys, obviously!”