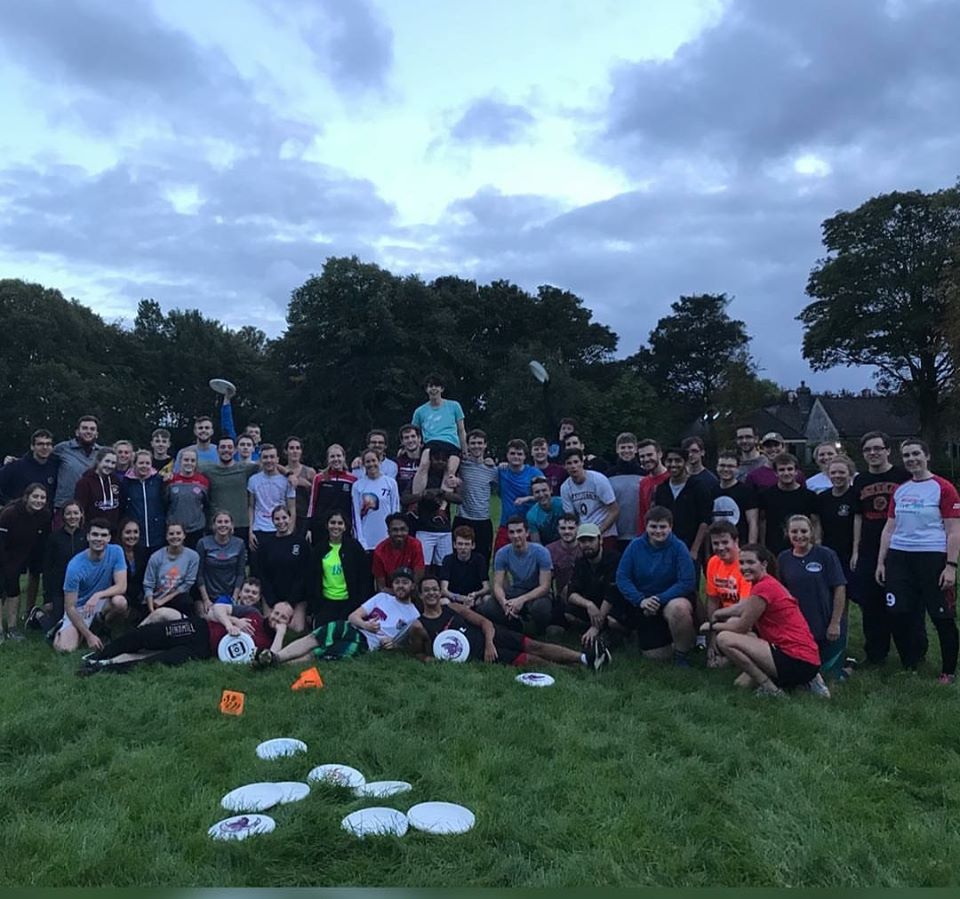 Ultimate, also known as Ultimate Frisbee, or simply just Frisbee, is a relatively new sport that is one of the fastest growing across the world. Started in 1960s America, ultimate is a mix of hippy ideology and serious sportsmanship, making for an unusual and highly enjoyable sport. It boasts elements that can be related to a wide range of sports, from offensive cutting, like in soccer, to scoring in an endzone, like in rugby. Ultimate is a sport that offers something for everyone.

NUI Galway is the home of one of Ireland’s oldest ultimate teams, known as the Panteras. Founded in the late 1990s, NUI Galway’s Ultimate team has gone from strength to strength, and now has active members across all college disciplinaries. Many NUI Galway students have gone on to represent Ireland in ultimate across the world, with Panteras players being on the Irish Women’s squad that won the European Championship this year.

Ultimate is a great way to travel across the country and meet new people. Each semester, there are approximately 5 tournaments held around Ireland, which are either women’s, men’s or mixed. Tournaments that fall in semester one are indoors, while semester two tournaments are held outdoors. While still the same sport, indoor and outdoor games have different–sized pitches and a slight variation on rules. Both versions of ultimate emphasise different strengths in play, and cultivate different skills, such as short clean passes in indoors, compared to longer throws in outdoors. Throughout the year, the Panteras club hold trainings outside in Dangan and inside in the Kingfisher to make sure their players are able to play in both competitions to their fullest of their ability.

Women’s Captain Catherine Sheeran believes that the NUI Galway Ultimate club is so attractive as it is so diverse, saying, “It can be played as competitively as you like”. The club has a wide range of players, from people who have never held a disc before, to national team players. While beginners are coached separately for the first few weeks, games in training are played with teams made of mixed experienced levels, meaning new members get to know their teammates quickly.

Catherine also places an emphasise on the social aspect of the club, talking about what a “welcoming community” the Panteras Club is. Similarly, Club President Ricardas Kaminskas also points out the friendly atmosphere that is present. “The best part of frisbee to me is the community, how friendly and kind everyone is. You can always depend on people to give you a hand”. Social nights are organised each week, and teammates quickly bond over a tournament weekend. While many Erasmus students only play with NUI Galway for a short time, they quickly make lasting friendships with their fellow teammates.

Alexis Helgeson, from California, says she joined the Frisbee club as it’s a non-contact sport, and she’s had “too many concussions!”. Having never played ultimate before, she’s amazed at how much fun the game is, saying, “I joined frisbee to meet new people and have some fun, while also accidently working out from time to time. Everyone on the team is super supportive, [and] I am definitely hooked now; frisbee is so much fun!”. Beginners are thrown into play, with Alexis playing for NUI Galway twice already in this semester.

Ultimate is perhaps an unusual sport in terms of its emphasis on good sportsmanship. As a self-refereed sport, fairness and honesty is vital in a game. An element called “spirit” is hugely important and encapsulates fair mindedness and respect for both your players and the opposition. At the end of each match, each team ranks each other on their level of spirit, and at the end of each tournament, an award is given to the most spirited team, and the most spirited player on each team. In this way, ultimate is a sport which encourages holistic development, and not just pure winning.

The Panteras Ultimate Club encourages every student to try out frisbee at least once during their time at university. Women’s Captain Catherine Sheeran described how the training sessions are so refreshing after a day stuck in lectures or the library, while the Club President says, “I think it’s a sport that everyone should try out in college and you never know… You may end up loving it!”