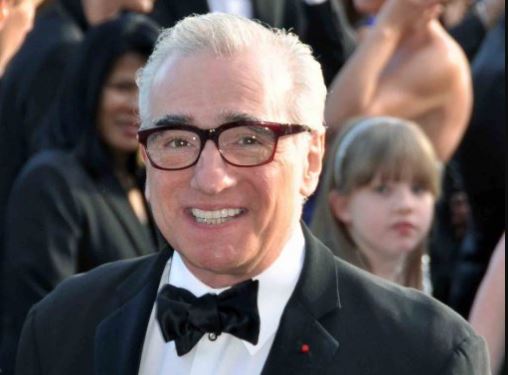 “I don’t see them. I tried, you know? But that’s not cinema”. These words from Martin Scorsese caused uproar recently when talking about Marvel films and he is correct. One could expand this to all superhero–orientated films, but as films such as The Dark Knight show, they absolutely can be counted as art and “cinema” in the context of Scorsese. Marvel films are the equivalent to fast food, easy to make, easy to get and easy to digest. There is nothing fancy, nothing deep and nothing that will ever challenge an audience member on their beliefs or even be remembered beyond the initial watching. The plots are simplistic and formulaic, the characters two dimensional and the films rely heavily on CGI battles and overall on the visuals to bring in viewers. This leads to a very shallow and empty product, devoid of anything interesting for the audience to engage in unless they themselves are children, and when people start placing these movies along with amazing pieces of cinema just like Taxi Driver or Goodfellas, it shows a decline in, not just expectations, but the overall quality of cinema and its viewers into an age of fast food film, where visuals overtake any attempt at a well-developed storyline and characters, style over substance in essence.

There is nothing wrong with enjoying these movies, much like there is nothing wrong with enjoying fast food. There is a problem, however, when any criticism leads to backlash and controversy on the level seen here. Josh Whedon (director and writer of The Avengers and The Avengers: Age of Ultron and co-creator of Agents of S.H.I.E.L.D) responded on Twitter with “I revere Marty, & I do see his point, but…Well there’s a reason why I’m always angry”. This is quite understandable coming from the creator of a lot of Marvel media. The fans, however, in a lot of circumstances, almost see his comments as an attack on them personally and even attack Scorsese’s understanding of film and opinions. Twitter user @LoriHyrup responded with “Seems #MartinScorsese isn’t paying attention. Those movies, despite green screens and effects, tell stories that are just as human and emotionally-connected as any. These are our modern myths, and these are the times we’re in”.

For any self-respecting fan of cinema, to even try and compare the stories of a Marvel film to that of, say, Raging Bull should be blasphemy. All Marvel films (minus Infinity War at a stretch) end with the very clear–cut morally good characters winning and saving the day. Even in Infinity War, there were no stakes, due to how predictable the movies already were, and there are no people in real life with that sort of moral make-up. Is one more likely to relate to Travis Bickle or Tony Stark? Is one more likely to relate to the story of Jake LaMotta or Hawkeye? This is where I see decline in cinema.

Marvel fans are addicted to the films, they have grown up with them in most cases and have become attached to the mere presence of a Marvel film. There has been 23 Marvel films released as of now since 2008, an average of nearly two every year, with more planned. Just like a sugar addiction, Marvel fans need their fix to see what happens. The consumer–friendly, simple, fast food nature has diluted, not just the expectations of Marvel fans, but of all cinema goers. Who wants to take the time to watch something like Taxi Driver, which takes investment in characters, their morals, their agendas and development, when you can “turn your brain off” for two hours and watch yet another CGI fight scene on the big screen? Much like getting fast food over fine dining, you get fed either way, so why put the effort in to dress up and invest more into fine dining? Quality is the obvious answer but, when Disney has an audience of both frequent cinema goers and a more casual audience, what can one do? Is there any room for films like Mean Streets or Reservoir Dogs anymore? Or has it become too much of a risk to gamble, when CGI fights can carry a movie to the billions? The future for intelligent cinema looks dry but one can hope that the bubble on the fast-food movie market will one day burst and a new age of cinema can emerge.