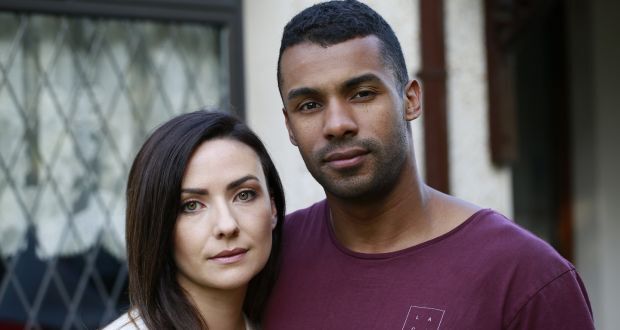 “Where am I supposed to go back home to? Ennis?”  Victoria Osikya chuckles at this. It’s midday, going on late, and the three of us stand in the Hub’s kitchen. A plate of plantain, sliced thickly, awaits preparation.

“It’s like, I was born here right?”, Viki moves the plate away from an errant fly, covering it before continuing “I’m Irish but when [people] look at me I don’t look Irish -”

“Like what does that even mean?” interjects her friend Antonia.

“How do you ‘look Irish’?” This part is said in unison and quickly followed by giggles. They move and speak occasionally in sync, in the manner that old friends often do, and, not for the first time, I am glad I am recording rather than writing.

“Like yeah I’m Irish, you look at my skin and I’m not Irish? I’d not call myself Irish – how are you going to back a country that wouldn’t back you if worst came to worst?”

It certainly feels that way to some these days. Just this weekend, Mia O’Neill, a mixed-race teenager from Tipperary, died by suicide due to constant bullying, with much of the abuse focusing on her ethnicity. Prior to this, the Ryans, an inter-ethnic couple who appeared in a widely broadcast Lidl campaign decided to leave Ireland. The reason behind their move? A vast amount of vitriol, online and IRL, even death threats following their singling out by online hate-monger and self-described journalist/full-time troll  Gemma O’ Doherty.

For those not familiar with her, Gemma O’Doherty is “the It girl of Irish extremism”. She cut her teeth on transphobia and soon moved onto other Alt-right favourites, such as Islamophobia, homophobia, hate speech as free speech, and, of course, constant criticism of the supposed elite of Irish media. From time to time, she has been known to dabble in outright conspiracy theories – often alluding to 14 words and such.

This isn’t to say white Irish Twitter has been silent in response. Popular accounts have often derided and mocked her, with one account, run by Liam Hogan (@Limerick1914), constantly and succinctly debunking the falsified history and logic behind much of her tweets and other alt-right scaremongering, but if she has her opponents, she also has her audience and it’s seemingly growing day by day.

Decidedly invested in the 14 words, she went as far as to extend this theory to suggest the use of the Ryans – an inter-ethnic couple – was “false advertising” and “destruction of indigenous retail”. The Alt-right Twitterati ate it up and so begun the deluge of hate. As of October 5th - the space of 8 days- the Ryans had decided to relocate to England.

Even here in Galway, we are not immune. Leader of the National party Justin Barrett and a scattering of followers on September 27th held a banner declaring “Ireland belongs to the Irish”. Counter-protesters quickly assembled and outnumbered Mr. Barrett and his group, trampling on the offensive sign and quite literally running them off, but not before heated words were exchanged and at least one milkshake thrown (on Justin Barrett). Even with such a show of resistance, it’s clear that racism is now being emboldened. Scrapped up from dark, formerly isolated corners of pubs and internet forums, grown into a festering …something.

But here in the Campus’ Hub kitchen, such things are not mentioned. We, us three black girls, know of this already. The girls tut that there’s stupid people everywhere, a young lad passing by comments that those eejits will die out soon.

Victoria disagrees. “Racism has always been there and it’s never going to die, I mean, just look at that guy in France – before he saved that child, he was an immigrant, after, he was a citizen.” She sucks her teeth in annoyance and moves the plantain to the stove. “I think it’s just that Ireland’s very old fashioned, especially the elderly. They need to know there’s lots of different people being born in Ireland and just be careful, you know?”

Having asked the opinion of two Irish born black citizens I decide to sit down with Bungani Nkosai, born in Malawi, a former resident of a Direct provision centre and recipient of a Centurian Scholarship. We talk at length, he tells me of initial distrust from locals, eventual acceptance and of his move to Galway. He tells me that in his 6 years in Galway, incidents have been few and sparing (mainly well-intentioned micro-aggressions and hyper-fanatic, white hip hop fans who are far too fond of the N-word). However, recently, within the last summer, he notes there have been verbal altercations, far more rudeness from certain people and without a doubt far more blatant discrimination. Little of it on campus, he assures me, but take for instance this newfound policy of certain nightclubs refusing entry to POC revellers – even when they are preforming there, as happened with his own photographer.

“I think we have to know, this idea that someone else is going to take care of it or handle it, that’s not right. We live in a society and these things affect all of us, so it’s important to step up when you see something like this going on”.