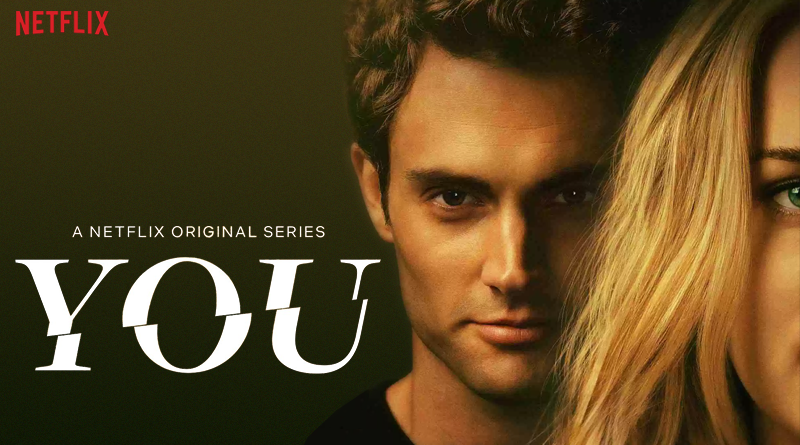 Recently I have discovered a new–ish television series on Netflix called “You”. I thought it would just be some basic love story, but, oh boy, was I wrong!

This series first aired on 9th September 2018 and has 10 episodes each around 40+ minutes long. The main characters are Joe and Bec. I’m not going to spoil the whole show, but I will tell you why this show is worth watching.

The show is basically about Joe obsessing over Bec, who wanders into his bookstore one day. He stalks her and everyone around her to “help” her get rid of people in her life who he sees as obstacles. The show is narrated by Joe most of the time, with him basically thinking out loud throughout the series. I found that the entire vibe of the show made it hard for me to say no to one more episode. Each episode is intriguing and carried different messages in a way that made me feel quite torn about the main character.

Throughout the series, I found myself rooting for Joe rather than Bec, even though he was the “villain”. Maybe it’s because Bec was an extremely annoying and unrelatable character. However, each episode followed a different adventure and problem between the relationships of the two, so I found it quite fun how they introduced other social problems within the main storyline.  The series shows how easy it is for someone to hack into our personal accounts and, basically, extract any information they want about us. I found the use of social media the most unsettling part of the series, due to it feeling so real. The quality of production was top notch, so it’s not surprising that it got a 93% review on Rotten Tomatoes.

If you enjoy psychologically thrilling series, this one is sure to reach your expectations. The soundtrack fits the scenes and the characters are well casted. One of the supporting characters was actually an actress in Pretty Little Liars, who played the role of Emily Fields. There are rumors of a second season to air sometime this fall, so keep an eye out if you’ve already watched the first season!