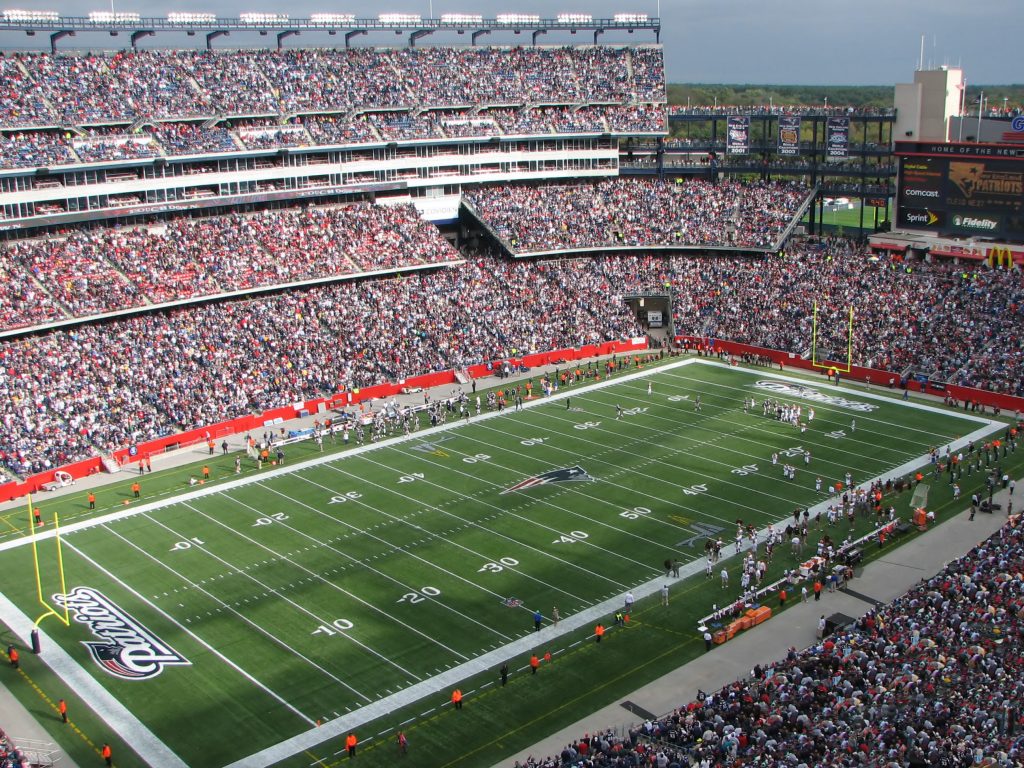 After 36 football free weeks, America’s game has returned to grace our lives once more. Week 1 of the new NFL season didn’t disappoint, with plenty of fourth quarter drama, overtime heroics and stunning comebacks around the league.

Football is often the hardest sport to predict. The turnover of playoff teams from one year to the next is over 50%. The only consistent factor in recent seasons, indeed since the turn of the millennium, has been the dominance of the New England Patriots.

2019 is proving to be no different thus far. The reigning Super Bowl champions bullied the Pittsburgh Steelers on the way to a 33-3 win. Tom Brady is showing no signs of his advanced years entering his age 42 season. Head coach Bill Belichick has put together a defence that looks to be the Pats’ best since the days of legends Ty Law and Tedy Bruschi.

The course of the new season begins and ends with New England. They’re favourites to hoist a record 7th Lombardi Trophy. The rest of the AFC is murkier. It’s a top-heavy conference, with Kansas City shaping up to be the only real challenger to the throne.

2018 MVP Patrick Mahomes and offensive genius Andy Reid will have spent the long hard months of the off–season obsessing over their loss to Brady and Belichick in the AFC title game. The frightening passing attack of yesteryear has added even more speed.

Sammy Watkins exploded for 198 yards and two scores at Jacksonville, perhaps showing he’s ready to live up to his lofty expectations. Rookie Mycole Hardman is proving to be something of a Tyreek Hill–lite, although ‘Cheetah’ himself will miss time with an injured collarbone.

Entering the season, the Cleveland Browns looked to be staking a claim in the AFC picture, having traded for superstar wide receiver Odell Beckham. A 30-point loss at the hands of Tennessee firmly put the brakes on the hype train.

It’s very much an open race. The Patriots will win the East with ease, but there’s a three-horse race between Baltimore, Pittsburgh and Cleveland in the AFC North. The AFC South is anyone’s division after Andrew Luck’s shock retirement from the Indianapolis Colts.

The NFC is a far more loaded conference. There are at least ten teams vying for just six playoff spots. Any one of them could enter the post–season as the top seed.

The NFC East will be a battle between two stacked rosters in Philadelphia and Dallas. The Philly offense has added explosiveness with DeSean Jackson, and their defensive line is arguably the best unit in football.

The Cowboys have a young, athletic defence to go along with the triplets of Dak Prescott, Ezekiel Elliot and Amari Cooper. Two elite teams sharing a division like this could leave one of them on the outside looking in at the post–season picture.

Elsewhere, the Bears, Packers and Vikings will compete in the best division in football in the NFC North. Chicago look to keep their crown, led by Khalil Mack and the defence. Aaron Rodgers is the best quarterback in football. Minnesota is well rounded, and their running attack already looks dangerous with Dalvin Cook going off for 111 yards and two touchdowns.

The Falcons suffered a 28-12 drubbing thanks to Cook and the Vikings, but they have every chance in the NFC South. The Saints were 2018’s #1 seed but Drew Brees’ age and a lack of depth all over the field raise concerns. Cam Newton and Carolina have stumbled to an 0-2 start but have too much talent not to rebound.

Indeed, they were unlucky to lose their home opener against the Los Angeles Rams. That 30-27 finish showed that last year’s Super Bowl losers may not be hitting the same heights. In the West, the Seahawks could be in for a step back. An injection of youth at receiver and secondary has the San Francisco 49ers on the ascent.

The AFC is a clear-cut battle between New England and Kansas City. Who represents the conference in the Super Bowl will come down to who can compile a better regular season record and have homefield advantage?

In the NFC, Philadelphia, Dallas and Los Angeles are in a tier of their own above the rest of the playoff hopefuls. Recent history shows that homefield is the most important factor in determining who makes it to the big game. Both conferences will come down to seeding.

The beauty of football is that we have no idea what’s coming. We’re in for long touchdowns, huge hits and nail-biting finishes. Who captures a Super Bowl ring at the end of it all is impossible to predict.