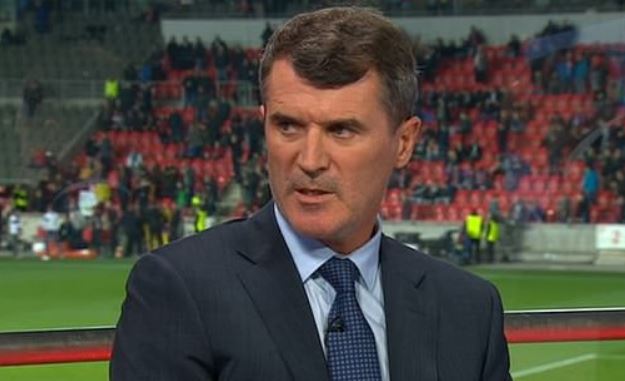 No should ever be made feel ashamed for grieving the loss of a loved one. That basic, and hard to argue with, statement seems like a good starting point to discuss Roy Keane’s recent comments in about Jonathan Walters. In a live Off The Ball interview at the Bord Gais Energy Theatre in Dublin, Keane remarked that Walters was “crying on the TV about his family situation, as if he’s the only one … do me a favour.”

The family situation Keane referred to was the death of Walters’ mother when the former Stoke forward was just 11-years-old. Walters eloquently described how this personal tragedy affected him in an emotional Late Late Show interview on RTÉ.

Following these comments and that Stephen Ward WhatsApp audio message, one could argue that Roy Keane’s approval rating with the general Irish public has never been lower. Don’t get me wrong, many Irish football fans certainly disliked Keane after Saipan, but during that debacle, there was also perhaps an equally substantial group of people who backed the ex-Manchester United midfielder.

Furthermore, those on Keano’s side could even make a coherent and convincing argument to defend the Irish captain’s decision to abandon his teammates and country on the eve of a World Cup. Coming up with a defence now for Keane’s far too frequent personal attacks is considerably more challenging.

Both Keane and Walters’ interviews also reveal how society’s view of men discussing their feelings has changed. During his conversation with Ryan Tubridy, Walters’ referenced how, when he was in secondary school, he felt talking about the loss of his mother was a “taboo subject.”

Such bottling up of emotion was, and to some extent still is, a hugely toxic element of masculinity, which has prevented men in need from seeking help for their mental health problems. It appears likely that this ‘man-up’ culture, which has been especially prevalent in English and Irish football, has been a contributing factor as to why, according to the World Health Organisation, suicide rates are over three times higher for men than women throughout the much of the world. In Ireland, men are four times more likely to die by suicide than women.

In much the same way that his Brian Clough inspired ‘proper football man’ style of management is dated, Keane’s views on emotional expression make him look like a relic of the past. However, it can hardly be a surprise that he holds such opinions, considering the dressing room environments that the Cork man was a member of in his playing days.

Perhaps the two biggest influences on Keane’s playing career were Clough and Alex Ferguson. Both men were undoubtedly brilliant managers, but they were also often unsympathetic and volatile figures. This volatility would sometimes manifest itself in aggressive violence, such as Ferguson’s infamous boot-throwing attack on David Beckham.

In the case of Clough, Keane himself was the victim when the then-Nottingham Forrest manager punched the midfielder after an FA Cup loss. When Jon Walters refers to how discussing one’s feelings was “taboo”, no more so was this the case, than in the workplaces Keane encountered.

Despite clearly being wrong in what he said, it’s still hard to not feel at least a bit of sympathy for Keane. Especially when it’s considered that he himself has faced personal tragedy recently, with the sad passing of his father, Mossie, in mid-August. With this and his playing background in mind, the “as if he’s the only one … do me a favour,” part of his comment on Walters comment feels almost heart-breaking, given what Keane must have been going through personally in the past few weeks.

Thankfully, today there is less stigma around mental health and, as Walters has shown, men talking about their emotions has become normalised.

Indeed, Keane, as well as all the rest of us, should take note of one particular piece of advice the ex-Burnley player gave in his Late Late Show appearance, “the more we speak about it, the better it is.”