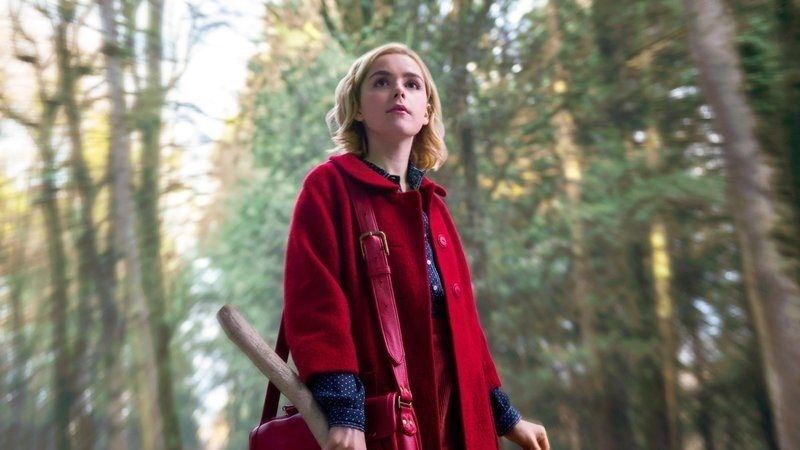 Chilling Adventures of Sabrina is an American supernatural TV series, first released on Netflix in October 2018. The show follows the struggles of half-human,half-witch Sabrina Spellman, as she’s torn between her regular life in her Baxter High School and her secret mystical adventures at the Academy of the Unseen Arts.

In a show about teenage witches with mind-blowing magical powers, there are bound to be plenty of gripping elements to look out for. One of the most bewitching aspects of Chilling Adventures of Sabrina, however, is the fashion on the show.

Sure, Sabrina Spellman may be a teenage girl who’s trying to deal with a complicated family, an overwhelming love triangle, and being a literal witch, but none of that stops her from looking her best at all times! Sabrina, portrayed by Kiernan Shipka, nails a different eye-grabbing look each and every episode. Honestly, she looks so great, that it’s little wonder that two of the dreamy male characters, Harvey and Nick, are both obsessed with her.

One of Sabrina’s most common clothing items on the show is her iconic red coat. A fashionable winter coat is a wardrobe essential for anyone, but especially for us NUI Galway students, who regularly trek to campus in pouring rain and gale-force winds. If you want to look as on trend as Sabrina in the chillier winter months, fear not! You can bag a very similar red coat from H&M for a reasonable €50!

The girls of the show have a distinctively edgy, gothic style, in keeping with the dark and sinister vibe of the series. The most obvious examples of this are the vampy red lipstick and pale makeup looks, favoured by Sabrina in particular. They also wear plenty of black, as well as old fashioned lace-detailed pieces. The dresses that Sabrina and the ‘Weird Sisters’ gang of witches wear are perfect for all seasons. These cute dresses can easily be worn on their own with a pair of wedges in the warmer months, or with a pair of thick tights and a cardigan in the winter. You can pick up an almost exact copy of Sabrina’s red dress with lace collar from ASOS for only €25.

Chilling Adventures of Sabrina is loosely based on the popular 90’s Nickelodeon show Sabrina the Teenage Witch, and, while Sabrina’s wardrobe is massively updated in this newer version, the show still pays homage to some of the classic 90’s fashion trends. For example, Sabrina often wears cute plaid skirts on the show and, somehow, manages to look timeless in them! For a student-budget friendly option, you can opt for a tartan skirt from Boohoo, for a bargain price of €15!

With these cute pieces, you’ll look like you’ve just walked off the set of the show! It is expected that new episodes of Chilling Adventures of Sabrina will be released on Netflix later this year. Tune in for all your future gothic-style inspiration from Sabrina and co!