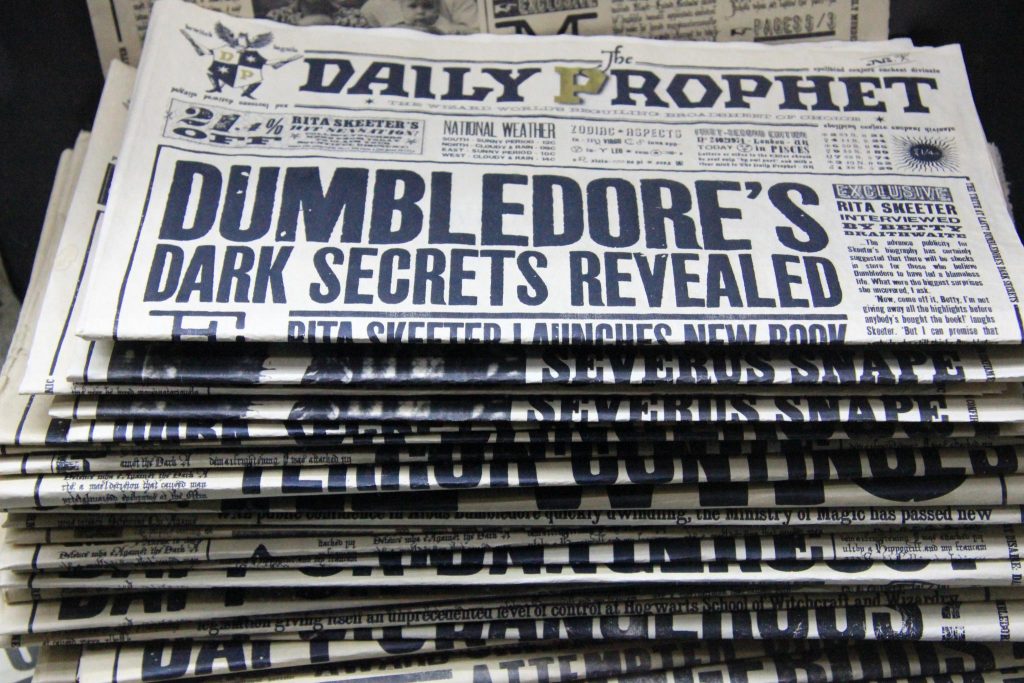 The creator of the famous Harry Potter wizarding world, J.K. Rowling, recently revealed some information about Dumbledore that put my childhood into turmoil. As a child, I was gripped by the simplicity of the hero/villain dualism, but it turns out that Dumbledore and his enemy, Gellert Grindelwald, were in a ‘passionate’ sexual relationship in the past of the wizarding world. I nearly cringed when I heard this.

All these additional snippets of information about the Harry Potter world started coming when Pottermore was set up. For those of you that don’t know, Pottermore is a game where you go through your education at Hogwarts and learn more about the Wizarding World while you’re at it. Throughout your stint at this fictional school you learn more about the characters and the world, including things that are a bit too much for people to digest retroactively. This talk of Dumbledore’s sexuality is an example of that. Even though it wasn’t published on Pottermore, this is the type of thing that she has done on the site.

In my opinion, J.K. Rowling is going too far with all this additional information about Hogwarts and the people who went through this fictional school. There are children still discovering the magic of Harry Potter and falling in love with it, the same way as the original Harry Potter generation of the late 1990s and the 2000s did. This includes four-year-olds who definitely do not need to know about the intensity of the sexual relationship that Dumbledore and Grindelwald apparently had.

She may be doing all this to stay relevant and in the public eye. She finished releasing Harry Potter in 2007 and the movies kept her relevant for a few years after that. She has had a relatively successful run with Harry Potter and the Cursed Child and the Fantastic Beasts and Where to Find Them films, but generally she has become a bit of a flop since nothing is nearly as successful as the Harry Potter series and she probably won’t produce anything that popular ever again.

J.K. Rowling is known for being a controversial character herself. She has sympathised with some blatantly racist and transphobic sentiments in the past that cannot be forgiven by a lot of people, me included. Does she think that being gay is okay but, as soon as you get into other LGBT+ identities, something is rotten in the state of the world? I have a feeling this is only the tip of the iceberg.

So, she has taken to Twitter to voice her views. She has been tweeted by a number of people calling her out on not mentioning minorities in her books. She usually replies to this by quoting a name, even though these people got little to no representation in the actual books. This isn’t real representation. I don’t even know what she’s doing at this stage.

Then there’s the whole backing Johnny Depp after the abuse allegations debacle. She released a statement backing Johnny Depp when he allegedly abused Amber Heard. She defended his part in the Fantastic Beasts franchise. It’s up to you to decide whether Johnny Depp or Amber Heard was in the wrong, but he should have at least been suspended from the role while investigations were ongoing.

Overall, J.K. Rowling is estranging fans with talk of sexual relationships and similar outlandish subjects when the information is a bit TMI. This isn’t the first time she’s done it and it probably won’t be the last time she estranges fans.