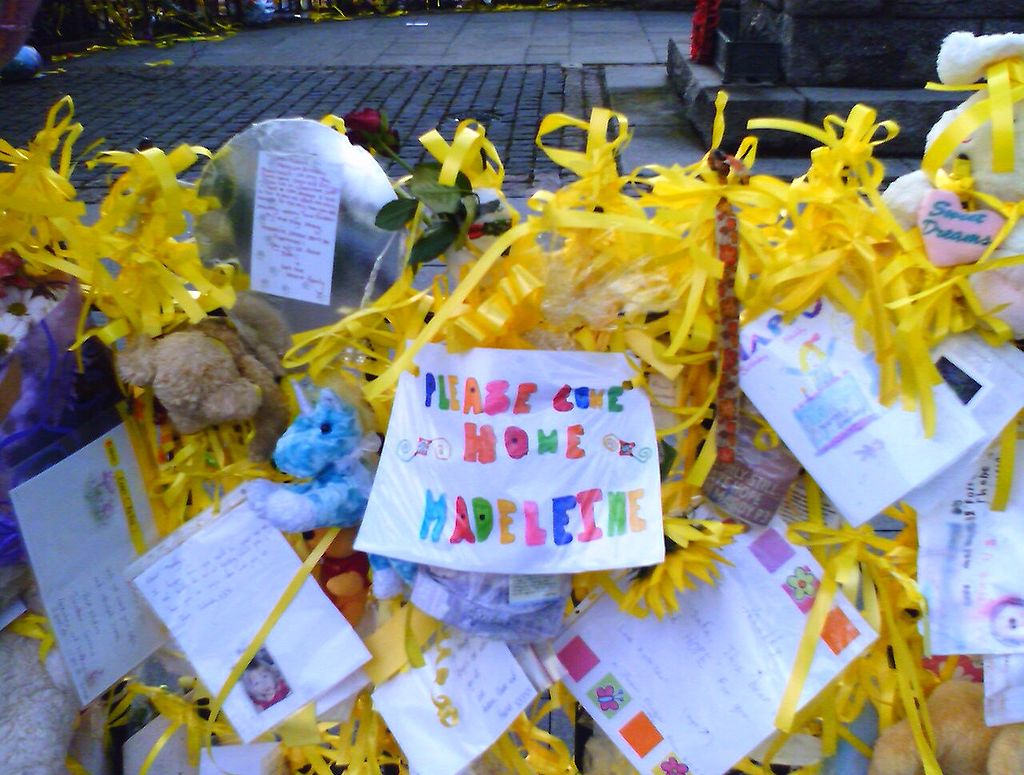 Tainted press, incompetent policing and the rise of social media hate: The Madeline McCann tragedy shows the best and worst of humanity

Documentaries offer representations of reality but never can transmit the intrinsic complexity of reality. The Disappearance of Madeline McCann involved objective reality, the removal of a child, and subjective reality, the reaction of the actors involved. As the whole sorry tragedy unfolded, a battle ensued with various versions of reality competing not to solve the crime, but to win the public relations battle.

Reality, obtuse, slippery and evasive, enters into a contract with the medium of documentary whereby the producer’s primary desire to elicit audiences’ emotional interaction is the chief barometer of success. From a moral standpoint, it can be argued that the parent’s refusal to sanction the production was grounds for it not to be created.

Viewing the work is testing. At times it runs like a fictional thriller, complete with shadowy figures, conmen and Spanish private detectives trawling the Darknet for clues. It’s easy to forget the depressing reality of a little girl’s unknown whereabouts is the trigger for this story.

The function of the press is supposedly to inform, educate and enlighten. But that function is secondary to profit margins. If it bleeds it leads. The behaviour of the global press after Madeline’s disappearance is up for intense scrutiny during this documentary. Hyperbole and sensationalism created an army of reactionary trolls acting as legal authorities, which increased exponentially as social media began to enlarge its sophisticated methods of engagement and hack into humans with more easily exploited psychological vulnerabilities.

My reason for watching the documentary stemmed from being force fed one of many ill-advised reactionary Facebook status’ proclaiming Gerry and Kate McCann to be “guilty as sin”.

How much did I know about the McCann case prior to viewing?

Not much, it turns out.

As we are aware though, the rush to speak and pronounce opinions often trumps the more onerous task of diving deep into a topic before patiently formulating a reasoned and ethical point of view which is open to re-modification.

Thus, social media continues to thrive. The desire to be seen, heard and engaged with fuels the trolls and drives the divisive and simplistic binary political battles we see played out every day in all levels of public discourse.

As a journalism student with a long-held love and passion for media related issues, it dawned on me the intrinsic ability of journalists to manipulate the narrative, with profit margins as the goal. My superficial knowledge of the case had been refreshed but skewed last year, after formerly respectable journalist Gemma O’Doherty wrote an inflammatory J’accuse-type piece in Village magazine, using the Irishman Martin Smith eye witness account as ‘proof’ of Gerry McCann’s involvement in the disposal of his little girl’s body.

When you are finished watching this carefully calibrated documentary the abiding lingering taste of disgust may just come from the global media’s outrageous treatment of Gerry and Kate McCann, aided and abetted by a woefully incompetent Portuguese police, utterly ill-equipped to handle the case.

An army of trolls and lunatics packed comment threads across social media appointing themselves judge, jury and executioner. It was a media storm rapidly out of control with the actual fate of a little girl secondary to capricious lust for news and hyperbole.

This Netflix-streamed work, unsanctioned by the McCann’s, skilfully elicits a multitude of emotional reactions in the viewer. Facts and events are presented in such a way to ensure you, the viewer, are constantly oscillating between incriminating the McCanns and feeling the most intense compassion and empathy for their plight.

The scene with the cadaver dog is presented as damning and comes complete with grainy footage and dark stormy background sounds. The documentary delves deep into the sorry affair. From the disgraceful lack of responsibility shown by various authorities and institutions, to the Portuguese police chief with the broken moral compass, through to the Miami Vice-style Spanish private investigator and a fraudulent Irishman with a concocted American investigative unit, it is almost impossible not to watch all episodes back to back.

The revelation that a sex offender had preyed on children in the Algarve in the years prior to Madeline’s disappearance is damning, especially when this knowledge was in the lap of the British consulate and tourism chiefs in the region. This information would obviously have destroyed the area’s tourist industry and for that reason alone it would appear it was kept secret under the pretence of not wanting to cause undue panic.

The McCanns have attempted legal action against Netflix, but surely the legal action should be aimed at those who kept tourists in the dark about the danger lurking under their noses.

If the McCanns had known about this, it is likely they would never have visited the Algarve and it can be guaranteed they would not have left their children alone in the apartment.

Ultimately, one cannot but feel the most intense compassion for the McCann family and their missing child. Manipulated by the sensationalist press, incriminated by a dodgy and incompetent police force and harassed and abused by hate-mongers and social media morons, they have somehow managed to retain their dignity and humanity while steadfastly refusing to give up hope that Madeline might one day be found.

The McCanns may not have sanctioned the documentary, but the work provides enough depth and integrity to finally remove the outrageous proposition that they had something to do with the disappearance of Madeline.