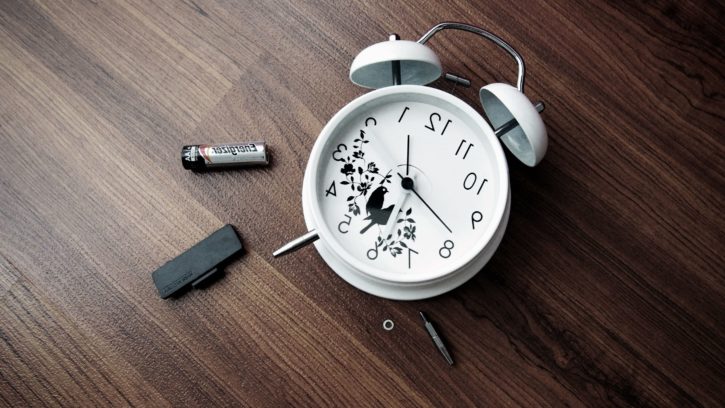 A new study into sleep deprivation authored by the Open University has revealed that secondary students who started classes at 10am performed better than those who began earlier.

I think that any university or secondary-level student, or indeed a lecturer or teacher in the modern world, would react to the findings of this study in the same way they would with a study that stated water was wet. It makes me wonder why no one has fought for later start times in educational institutions before now.

My own personal relationship with sleep definitely took a turn for the worse during my teens. During my first two years in university, I commuted from home in Connemara, approximately an hour away from Galway city.

Due to the large volumes of traffic that try to cram their way into the city from all directions in the morning hours, I would have to be up at 6am to ensure I could get to NUI Galway before the big rush. Depending on the day’s lectures, I sometimes wouldn’t arrive home again until 8pm or 9pm. Then there would be dinner to be eaten, coursework to be done, tests to be studied for. It was difficult to find time for anything else, let alone to schedule in a healthy amount of sleep.

Consider the schoolchildren and adults across this country, dragged ourselves out of bed at the crack of dawn to jam ourselves in traffic at the same time to make it to our respective institutions and workplaces. And for what? Because our society is afraid that we’ll be viewed as unproductive if we have an extra hour’s sleep?

In fact, allowing students to begin their studies at 10am or later would go a long way to easing some of the chronic traffic issues plaguing cities such as Galway, as it would mean less cars on the roads in between 7am and 9am when many people are making their way to work. If the Government filled in the gap by ensuring additional bus services for those who have been relying on their working parents for a lift to school or college, that is.

Ireland isn’t the only country that could do with a reality check when it comes to its relationship with sleep. The study proclaims that American schools are the most sleep-deprived. I am currently attending university in France, where I start my college day at 8AM four days a week. We can barely drag ourselves into class on time, let alone bother with ensuring we eat a balanced breakfast, or with giving the lecture our full attention once it begins.

Sure, people might call us lazy for demanding such a change be implemented as that recommended by the study. But our education is being be paid for, by us, or by our parents, or the Government. It should be ensured that we are rested enough to make the most of it.