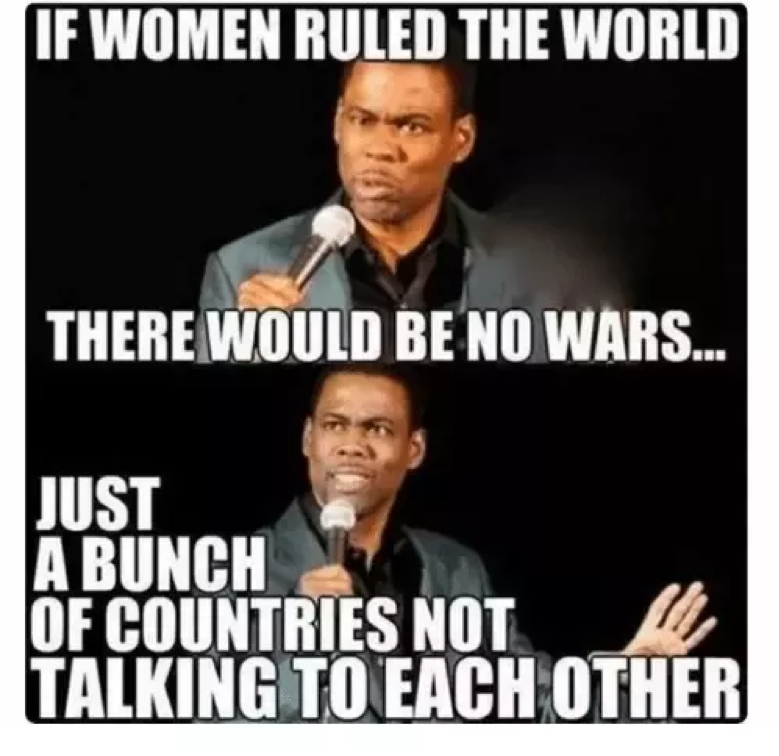 We’ve all read the memes and/or held discussions with our friends regarding women in power. This is all due to the fact that women have been generally neglected in society and government positions in the past.

The 19th Amendment to the U.S. Constitution granted American women the right to vote on 18 August 1920, ending almost a century of protest. The fourth President of Iceland Vigdís Finnbogadóttir served from 1 August 1980 to 1996, and was the world’s first democratically directly elected female president. Her famous quote “If anything can save the world, women can,” strikes a chord with people today, just as it did in the past.

The United States have yet to elect a female president, which might lead some to believe that it’s time for a woman to bring a saving grace to their country, and even out the playing field. With rumours of Michelle Obama running for president in 2020, there is hope that America will finally make history and elect their first female president.

Throughout World War I and II the only political leaders were men. Their disagreements and inability to sit down and discuss the issues led to the deaths of millions of people. Women are branded over-emotional and irrational, and are often excluded from politics even in the present day. However, this is not to say that women are completely ignored in politics. In fact, women are making their way into politics with their passionate displays and protests, as well as their endless battles for minority groups and better living conditions.

Women may be emotional but maybe that’s what we need? We need to feel compassion for the poor and homeless. We need to help those who are fleeing desperate situations with the hope of refuge. We need to take care of the elderly and the sick. We need to spread love and equality throughout the world.

This article is not saying that women are better than men; the point is that equality is important. Whether we are black, white, male, female or gender variant, we are all people and we need to respect each other. Why can’t political parties have equal representation sex wise? Why not have a male and female representative for each country? Women and men could both lead a country where compassion and rationality could coexist and make the world a more equal and fairer place.