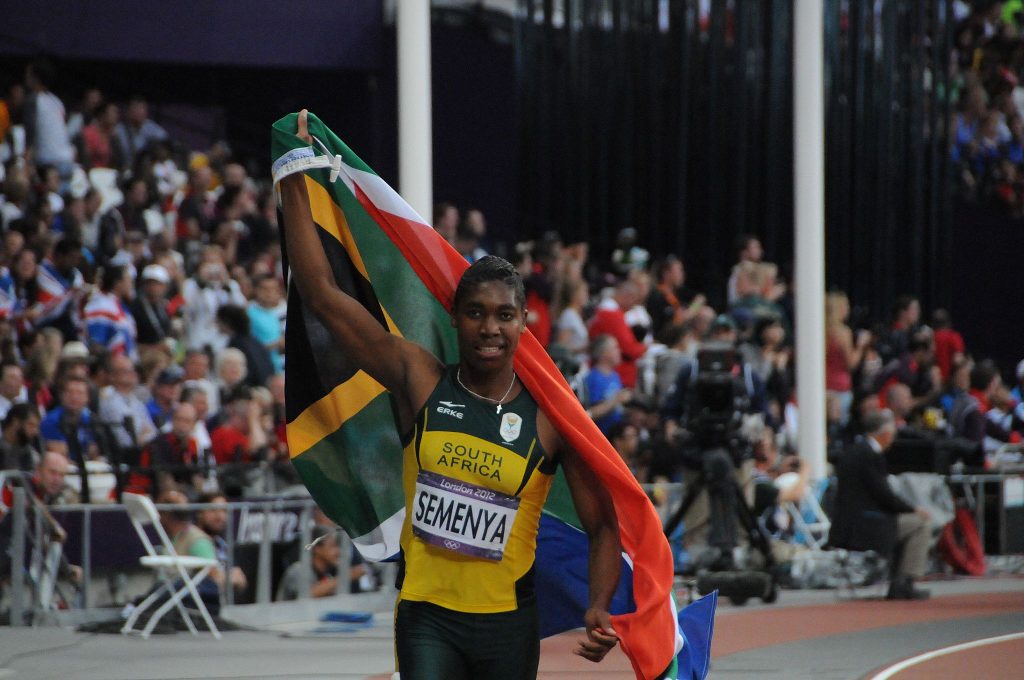 In 2011, the IAAF introduced a maximum regarding the amount of testosterone a female competitor could have in their bloodstream. That maximum was ten nanomoles per litre (nmol/L0). In 2014, Dutee Chand, an Indian sprinter, started a legal challenge against the rule.

A year later sport’s highest court, the Court of Arbitration for Sport (CAS), told the IAAF to suspend the rule for two years to allow for further research to take place. It was subsequently suspended for another six months after that.

The IAAF returned to CAS in 2018 with what it believed to be robust evidence that high testosterone levels provided athletes with a substantial advantage in middle distance events, particularly between 400m and a mile. With this new research under their belt the IAAF attempted to implement a revised testosterone limit of 5nmol/L for all events between 400m and a mile.

This would mean athletes like Caster Semenya would be forced to use hormone suppressants to get their testosterone levels below this level at least six months before competition.

This new sanction was supposed to be implemented on the first of November of last year. However, it has been postponed until a ruling has been made on Semenya’s appeal. The court has promised to make a ruling by 26 March, just over six months before the first day of this year’s World Championships which will be held in Doha.

The court not only holds the career of a double Olympic champion in their hands, they are also aware that their ruling will be referenced by other organizations trying to navigate through issues surrounding the combination of sex, biology and identity.

This includes the International Olympic Committee, who has not yet announced their testosterone limits for transgender and female athletes with a difference of sexual development (DSD) in women’s events for the 2020 Olympics, which will be held in Tokyo next summer.

Semenya’s legal team argue that her advantage is no different from other genetic variations in sport. The IAAF point to the fact that these genetic gifts provide a massive advantage. While most females have testosterone levels ranging from 0.12 to 1.79 nmol/L, female athletes with DSD, who are often born with testes, get similar increases in muscle size, strength and haemoglobin levels that a male does after puberty.

As reported by The Guardian on 14 February, Semenya’s lawyers have clearly stated that she is in fact “unquestionably a woman” and was fighting to compete internationally without “unnecessary medical intervention.”

The IAAF suggested before the landmark case that if Semenya was successful that it would lead to athletes with DSD and transgender athletes “dominating the podiums and prize money in sport.”

In response to this, Semenya’s lawyers said the following in a statement: “Her case is about the rights of women such as Ms Semenya who are born as women, reared and socialized as women, who have been legally recognized as women for their entire lives, who have always competed as women, and who should be permitted to compete in the female category without discrimination.”

However, the IAAF has said they want to bring these new rules in to create “a level playing field.”

With so much on the line, it is not surprising that both sides are trying to discredit the other. When Thokozile Xasa, the South African Sports Minister launched a social media campaign to support their national hero, and in doing it accusing the IAAF of racism, the World Athletics Governing Body responded with a press release that restated its case and listed five of the experts it was about to call in court.

On the second day of this benchmark case, Caster Semenya’s lawyers claimed that proposed testosterone limit for women is “flawed” and “hurtful.” As part of their statement they said, “The IAAF’s regulations do not empower anyone. Rather, they represent yet another flawed and hurtful attempt to police the sex of female athletes.”

When trying to take a step back to put yourself in every party’s shoes, one still struggles to provide a valid solution because it is easy to see where all parties are coming from. It seems unlikely that in this athletics story there will be a winner.

Is it fair on the other athletes who are producing significantly less testosterone than some DSD athletes, who are training just as hard as them, and are not getting a medal?

Is it fair to ask athletes like Caster Semenya to take testosterone suppressants, bearing in mind that she produces more testosterone than other women naturally?

Are the IAAF right to fight for “a level playing field” in this way? It seems likely, no matter the outcome, that some athletes will be seriously hard done by.

Whilst Caster Semenya has gone unbeaten over 800m since 2015, there is much more at stake here than a position on the podium.