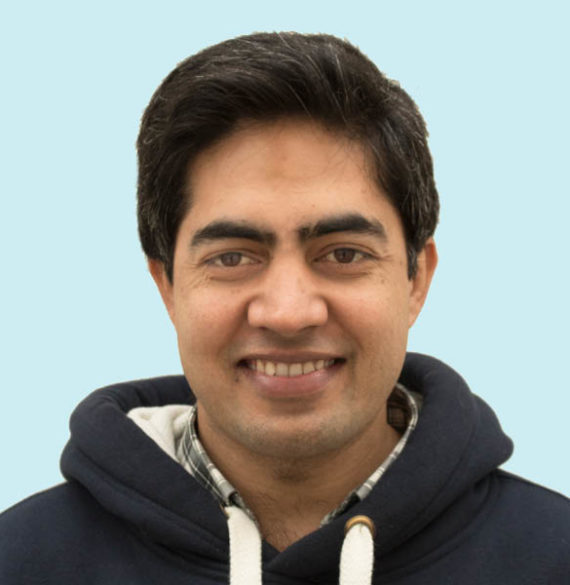 Jibran Abbasi is the Students’ Union Postgraduate Research Officer, and is studying for a PhD in Electrical and Electronic Engineering, in the research area of driver monitoring for semi-autonomous vehicles. He is also one of the founders and the Auditor of Pakistani society in NUI Galway.

“The best part of my role, which I enjoy most, is representing a large group of fellow students and helping them out with their problems. It is the best feeling to be able to help your fellow students. I am trying to be a bridge between concerned people and postgraduate researchers.”

Jibran says the new role has also presented some issues. “Obviously, this responsibility requires time and effort, but the frustrating part of this role is when you try to reach out to concerned people, but you are not heard properly and then you feel that you are not doing well in the role you are in. Also, when people expect more than you have power over.”

“Learning is a gradual process and you learn many things only when you are in the system. I have learned a great deal from previous officers. [Looking back] I would have pushed for more researcher benefits policies,” Jibran says.

What advice would Jibran give to his successor? “I would like to see them more active in different committees so that they can know what is going on and how they can contribute effectively.”

“I tried my best to fulfill my commitments, most of them are either met or in process. Some got stuck in bureaucracy where I am trying to use my role to move things along more.”

Postgraduate research students often face specific issues. “The main issue researchers are currently facing is the funding. The rents and living expenses have gone up in Galway, but scholarship stipends have been the same for the last number of years. There is no process to revise stipend systems for researchers according to the economic scenario.”

“There are a lot of things postgraduate students do apart from their research activities. It depends how much one could indulge in research. Most of the researchers and their supervisors encourage a work/life balance. There is great support for students’ mental health, which also promotes good healthy lifestyles, both physically and emotionally.”