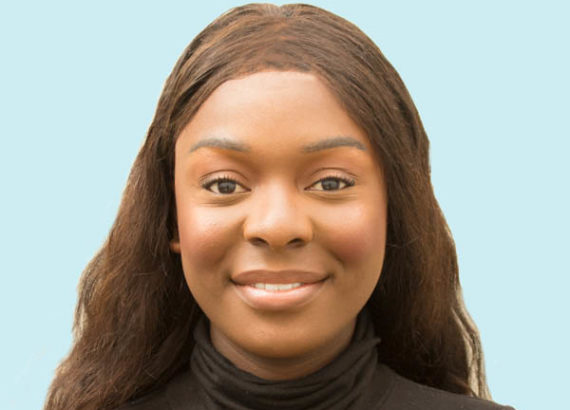 Victoria Chihumura is the Students’ Union first Ethnic Minorities Officer. Victoria is in Arts and studying Economics, Sociology and Political Science. SIN caught up with her ahead of the elections to see what she’s been up to since she was elected in September.

“The most rewarding part of the role is seeing students happy and benefiting from the things we do, like Mental Health week, SHAG week, things like sex toy bingo… all of that,” she says.

“There’s nothing frustrating about the role itself, but sometimes, I feel I’m not doing enough, even though I’m doing everything I possibly can.”

Victoria said she feels absolutely supported by the Students’ Union. “From the part time officers to the full time officers and other members of staff [at the SU], there’s always someone to give a hand if we need anything or are unsure about anything.”

SIN also asked whether going from campaigning for the formation of the role to getting the opportunity to serve in it was scary or satisfying. “More like exciting, it was a new role and I feel knowing whatever I’ve done has certainly paved the way for a successor, whether after me or five years from now. That’s what I focus on,” Victoria says.

Speaking of successors, Victoria says she would tell hers to have fun. “You’ll probably always feel you’re not doing enough but trust me, you’ll get more done than you think.”

“I feel that we are [as a Students’ Union] doing enough to combat Direct Provision, even though students might not see a lot.”

“This semester a few of us have attended various talks and lectures across Ireland, including in other colleges. I attended a Direct Provision Strategy meeting in the University of Limerick, Megan and Clare attended one in Dublin.”

“Last semester we had an information meeting for people who didn’t know what Direct Provision was, and ways in which they could get involved.  We’ve also got more Direct Provision-centred activities coming up this semester. I’ve been doing Direct Provision activism since secondary school, so yeah it’s generally less marches and more an awful lot of background work.”

Campaign promises: does Victoria feel like she has fulfilled all of them? “So far yes. But the year’s not done yet.”