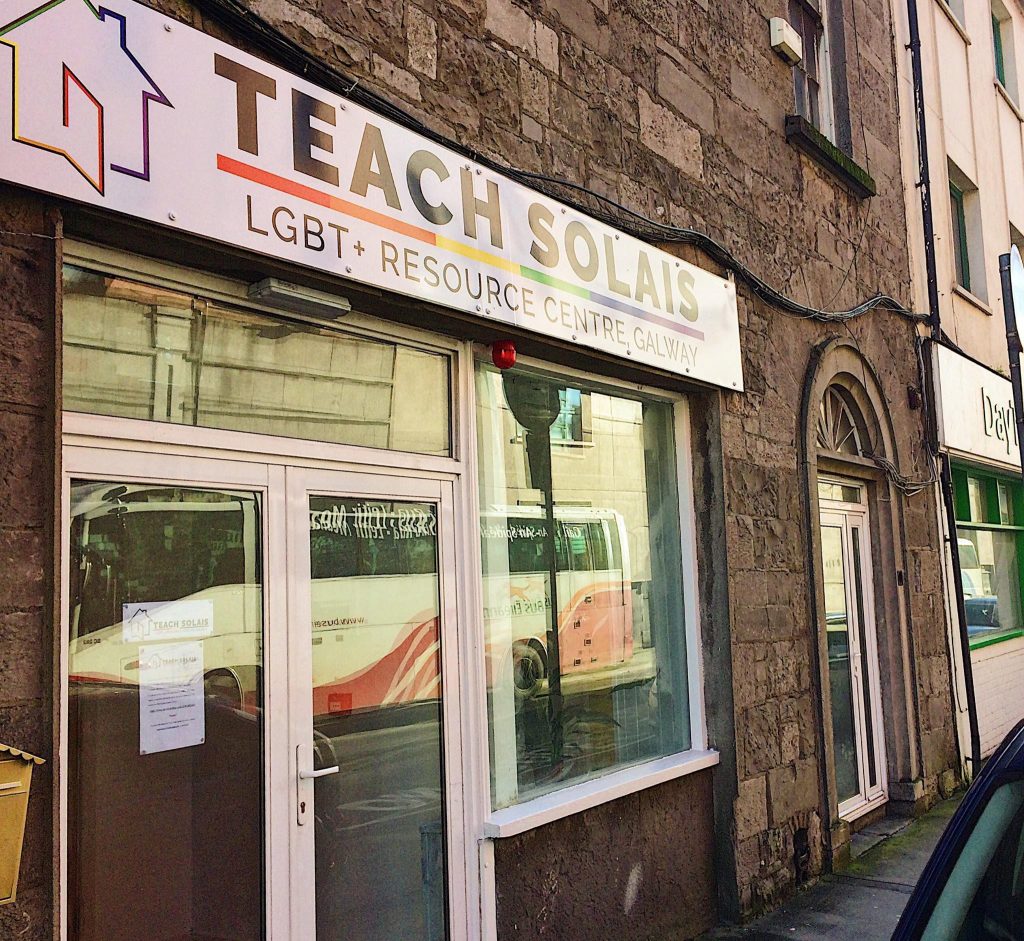 The West of Ireland’s only LGBTQ+ resource centre, Teach Solais, is in danger of closing this November.

The centre, located at 1 Victoria Place in Galway city, opened in November 2017. Since then, it has provided support and a safe space for members of the LGBTQ+ community in Galway and further afield.

Teach Solais is run by Amach! LGBT Galway CLG. It is a volunteer run organisation, which represents and advocates on behalf of the LGBTQ+ community.

Cameron Keighron is the chairperson of Amach! and says the closure of Teach Solais will have a detrimental effect on the Galway community.

“Over the past number of years, we have been funded through several grants, namely the Maureen O’Connell fund and a once-off grant payment of €25,000 from the City Council. This allowed us to locate, finance and open a resource centre,” Mr Keighron says.

“We knew that this money was not forever and have been working the past two to three years on sustainable funding for the centre, and have been denied three time via various routes through the HSE.”

“The last attempt did not meet our funding needs, with an allocation of €1,000. We currently do not have the finances to keep the centre open beyond November 2019.”

Teach Solais is a vital resource for the LGBT+ community in the West of Ireland, according to Mr Keighron.

“We have developed a wellbeing hub completely free of alcohol and drugs that promotes a sense of belonging and safety. The space is there to provide a welcoming, safe environment to all our community. This is often the only place that members of our LGBT+ community have to go to be themselves and to feel accepted and loved.”

The Chairperson says the closure would result in losing the sense of community that LGBT+ people in the West of Ireland need.

“We are a vital referral and information service and we would have people at a loss if we were not there. We would be losing one of the most important LGBT+ services in an already under-resourced area and ultimately our community would be worse off.”

There will be a public meeting at 7:30pm in Teach Solais on Friday 29 March to discuss the potential closure. Local media, politicians and members of the public are invited to attend.