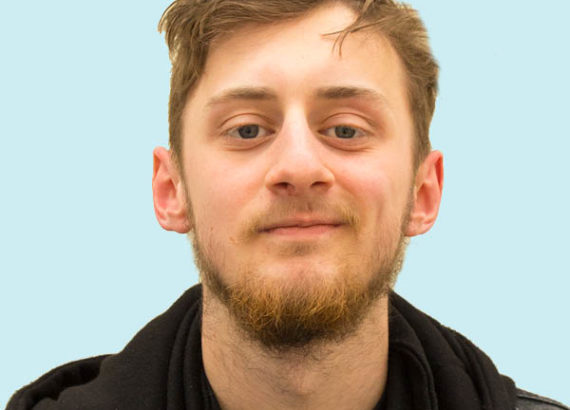 “The best part of being in the Students’ Union is, and always will be, helping students. Being able to comfort students, provide them with solutions or even just being there to talk with them makes every challenge worth it. It’s always a reminder of why I got into the role initially,” says Scott Green, the Convenor of the College of Science.

“The thing I’ve found most frustrating is that the majority of staff in the University are unfamiliar with many of the part time roles on the Executive, which means a lot of the time you start off meetings with an explanation of what your role is and why it is that you’re in the meeting.”

Scott says that he plans on building a greater partnership between the Colleges of Science and Engineering. “This semester myself and Roshan (the Convenor of the College of Engineering and Informatics) plan to run a coffee morning for students of the two colleges before the upcoming merger. I think if I were to do this year over again, I would arrange more of these mornings and do it earlier on to really have a solid foundation between the students of the two colleges.”

When SIN asked Scott if he has any advice for his successor, he says he does. “I would tell them not to be scared of the full timers. It seems that many people come in and there’s an aura of some sort around the full-time officers, but once you’re in the role and working with them you soon find that you’re all treated as equals and it’ll free you up to express your ideas.”

Scott also adds that he has made strides in fulfilling his campaign promises. “I have made significant progress on many of them, bringing many of them straight to the Dean of Science and having assurances made that he would look into and act on concerns.”

“I am still working on a handful, for example I promised surveys for the students in the College of Science to see what improvements they wanted, and I plan to square this away and have a substantial amount of information to present to my successor.”

SIN also asked the Convenor about the alleged issues surrounding Final Year Science theses. “While no one has come to me directly I have heard of students struggling with poor supervisor communication and timing, with students not receiving documentation or corrections when they were in need of them.”

“The lab times don’t fluctuate too wildly week on week, however there is always an awkward time period at the beginning of a semester while the times settle down, but afterwards you do know the max amount of time you could be in a lab for.”

“The main issue I’ve heard from my working friends is about the time some of the labs are run (generally 2-6pm), which can affect their ability to work for afternoon and evening shifts depending on how long a lab takes.”

“The other issues that arise with labs is that it can often be a pain for commuters, however most of the lab organisers will allow a time or day change if the student is in genuine need of it.”