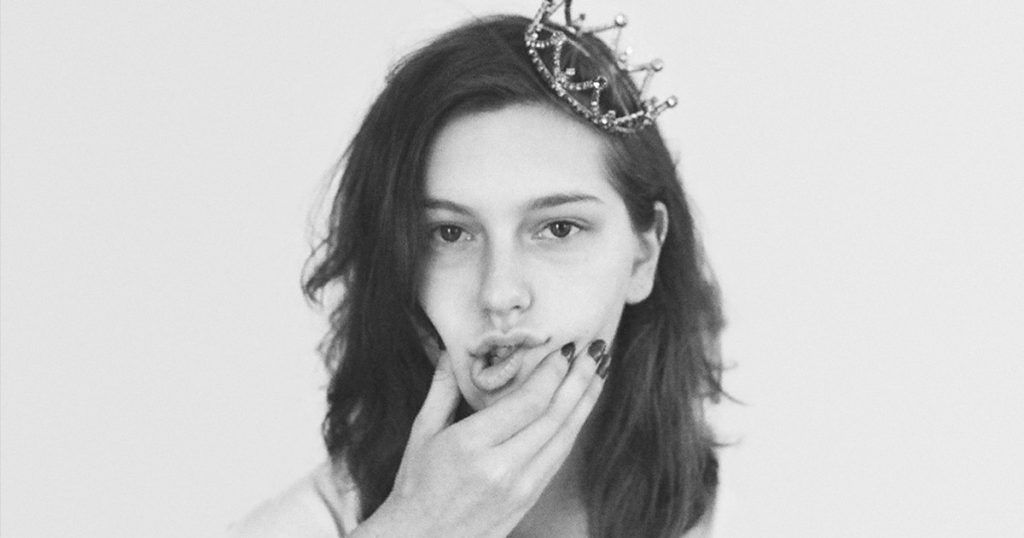 After Ariana Grande’s ‘Break Up With Your Boyfriend, I’m Bored’ music video, and Dua Lipa and St Vincent’s steamy Grammys performance, the internet went wild with cheers for “20-bi-teen” and accusations of “queerbaiting”.

Whichever side you’re on, it’s clear that in a time where “queer-anthems” and “queer icons” are held to high esteem, despite their lack of LQBTQ+ membership, it’s artists like Hayley Kiyoko, Olly Alexander and (less notably) King Princess that deserve to hold the torch.

King Princess, born Mikaela Straus, is a Brooklyn bred singer-songwriter and multi-instrumentalist. KP came across the oxymoronic pseudonym by chance, stumbling upon it while describing the feel of her music. “King Princess” brings together two divergent characters and combines them in a fresh and unique way. It plays with the concept of gender, giving it an unfixed and boundless quality. KP starts a conversation before she even opens her mouth.

Having grown up in her father’s recording studio – Brooklyn’s Mission Sound – music was always in KP’s eye line. In an interview with Rolling Stone, Mikaela noted that “the studio was just a wonderland” for her from an early age. Brushing shoulders with some of the greats and observing their talent progress allowed her to mentally map out a future of success. But when a record deal came knocking at the tender age of eleven, KP and her father decided to shoo away the industry vulture until she grew into her niche.

Lucky thing she did, because in 2017 the multi-talented Mark Ronson persuaded King Princess to become the first artist to sign with his new label, Zelig Records. So begins the ascent of KP to alt-pop stardom.

Leaving New York to start a life in LA, Mikaela began writing ‘1950’, which became her debut single in February 2018. The tune is inspired by Patricia Highsmith’s 1952 book The Price of Salt and is an ode to unrequited lesbian love. The beautiful song rocketed King Princess into the public eye, majorly boosted by Harry Styles tweeting some of its lyrics.

Straus explained in a Genius Verified video, “Queer love was only able to exist privately for a long time, expressed in society through coded art forms. I wrote this song as a story of unrequited love in my own life, doing my best to acknowledge and pay homage to that part of history.”

The single was followed by a five-track, self-produced EP entitled Make My Bed, released later that year. Each song highlights KP’s immense lyrical talent, superior production abilities and blatant sexuality. Each song is gendered, and rightly so.

King Princess wants to create a new normal; a society where young people can openly accept and love themselves. In an interview with i-D Magazine, KP said, “A lot of the music I like from the 60s and 70s is protest music – it’s talking about issues and fighting for a cause, and I love the idea that being open about your queer identity is a way to make art send a message again.”

King Princess followed the EP with another phenomenal single ‘Pussy is God’, which follows the same lines as her earlier song ‘Holy’, portraying sexuality and relationships through religious and sacred imagery. This is an artistic device utilised by pop artists throughout history, from Madonna to Freddie Mercury. The intersection of religion and sexuality in KP’s music has an almost amusing, compelling effect. The intrigue of being the antithesis of a belief system while employing the imagery associated with it sends a unique and poignant message.

Creating a new status quo with an effortless confidence, King Princess creates art to be appreciated by all and music that will inspire generations to embrace their innermost self.