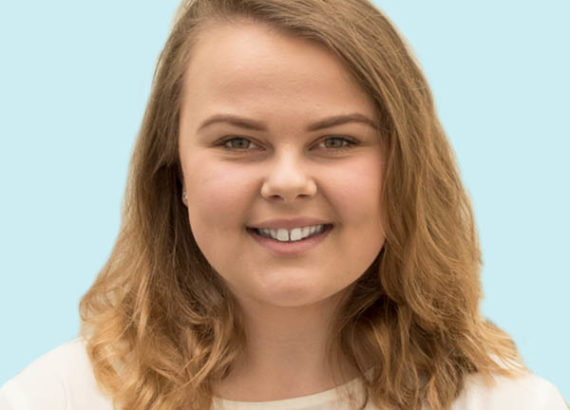 “I think the most rewarding part of my role is meeting students from different walks of life that you might not have had the opportunity to meet, apart from at council or SU events,” Sabrina says.

“I honestly love working as part of the executive, of 19 officers I might add. They’re a great bunch, and love messing with each other, but while also supporting each other.”

“I think the most frustrating part of my role is when you’re trying to get through a council run-through and you’ve a lot of people talking at one time, that you’re in your head like ‘I need to make sure this is okay’.”

“I think as Council Chairperson, you have your main role of chairing council, however there is also a lot of work that has gone into the planning beforehand. Be it meeting people about speakers, finalising the agenda, emailing class reps, making the slides. What students see during council is only the end product.”

“We have three councils left now (one in February and the two in March), so I’d like to think things are running okay. I would’ve liked to switch things up a bit here and there, but I always like consulting the executive beforehand. I suppose I’m always learning, and asking for feedback.”

“I like criticism, and I like to think we’re constantly learning and improving. I don’t think I would have done anything differently. I’m pretty content in what I have achieved so far.”

“Well, as my predecessor was told, ‘Once you know what A.O.B (any other business) is, you’ll be grand’. Honestly, I would just tell my successor to enjoy it. You can give all the information you can in the handover, but you will only learn from yourself and what you make of it.”

“The first council always feels like the worst because your voice is shaky and you’re not 100 percent sure if you’ve prepped everything, but you’re not alone. No one is there to judge you. You’re the chairperson, and you’ve got this,” Sabrina adds.

“I would like to think that I fulfilled all of my campaign promises. I think one of my main points was to make sure each student was having their voice heard. Emily McNamara (last year’s Council Chairperson), did an amazing job at this. She was very timely and made sure everyone who wanted to speak, had their say. I always look back and see how she dealt with situations, and try to put that into what I’m doing now.”

“I also wanted to try and make things more accessible to all students. I think the fact that SU Council agendas and minutes of previous councils were only being communicated through class reps and emails wasn’t fair to everyone that we represent.”

“I am very proud that I have helped to make a system for taking minutes at our executive meetings and made them public on the SU Website so anyone could look at them. Previous to this, they weren’t updated since 2015.”

“Along with this, SU Council minutes are also made public once they have been seconded at council. I think it is very important for students who cannot attend council, to know what issues we discuss and vote on. I think it’s also important for those students who are not ‘elected class reps’ to still get the same information, be it agendas or officer reports.”

“I think everyone should know who their representation is, and what they’re doing for them.”

“But as important as making a ‘campaign promise’ or manifesto is, it is also important to be realistic, as sometimes things just don’t line up, for example you might not get the time to do that thing you’ve promised.. maybe it happened already? Maybe it’s just not that feasible. However, it is also important to recognise that you can 100 percent do things that you didn’t originally set out to do at the beginning.”

In relation to handling the crowd at Council meetings, Sabrina says it presents some challenges.

“It’s always difficult to ask students to give up two hours on a Monday evening to sit through council, three times a semester. But I’m very happy that students and class reps are showing up, and not only at that, they’re engaging and adding to the conversation.”

“Class reps are working at the ground level and they know better than anybody what the issues are in their classes or faculties. If they can’t come to us, and bring to light what is going on, we will never know, and it might be too late.”

“I don’t think there has ever been a ‘crowd’ to say… there has definitely been times that I’ve asked the executive to use their inside voices when getting in order for officer reports. But as we do have a secretary at council, shout out to Dara Rickard, who takes amazing minutes at council, we ask that if students wish to raise something that they raise their hand and wait to be called on, to allow one speaker at a time.”

“We also ask that people state their name and faculty for example Sabrina Vaughan 3BA History, so others can either know who they are or the relevant officer knows who to follow up with at the end of council.”

“I also ask the executives to state their names and positions when they speak at council, so students might be able to recognise who they are. As I am the chairperson, the questions get asked through me and then I aim it at the relevant officer. This helps to prevent a lot of the back and forth questions that turn into conversations. So this allows more issues to be raised at council.”

“I have been happy with my timing of council. I try and plan to the second on how long we will be on each topic, and when we need to move on. As soon as we get to the end of AOB and no one has anything more to add, we implore students to get in contact with us if they wish. Even just for a chat, we don’t bite, and sure, the majority of us are students too.”